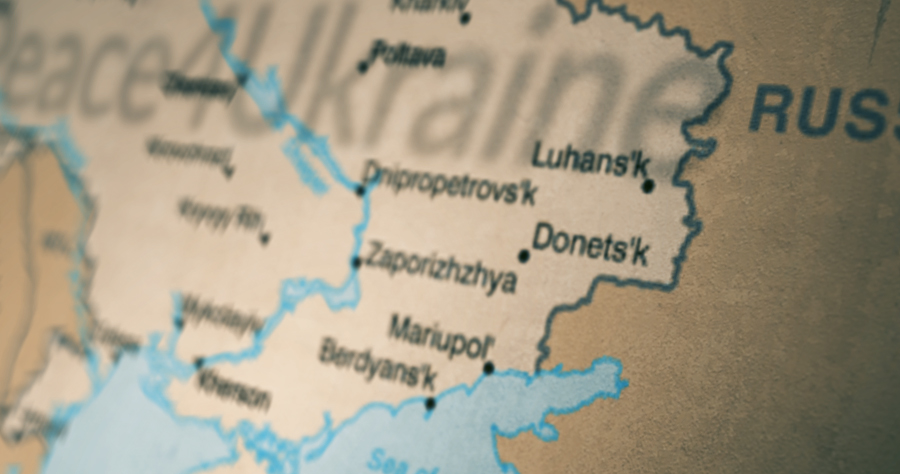 I am joining you remotely today, as has been our pattern, but I look forward to also returning to the Hofburg in the immediate future. It has been six months since the December 9 Normandy Format meeting was held in Paris, during which the leaders of Ukraine, Russia, France, and Germany decided on a number of goals that would help move us closer to a peaceful resolution of the conflict in eastern Ukraine.

Unfortunately, we have seen very little progress toward any of these goals to date, leaving the inhabitants of the Donbas mired in a perpetual cycle of violence and hardship. While the United States and other participating States applauded the mutual releases of detainees to date, we have yet to see any other concrete steps taken. No measures to maintain anything close to a comprehensive ceasefire regime, which the Normandy leaders decided that Russia and Ukraine would implement before the end of 2019, none of that has been put in place.

Ukraine’s leaders have repeatedly demonstrated the political will to find a peaceful and diplomatic resolution to the conflict, but Russia has delayed and deflected, promoting a false narrative that it is only an observer to the conflict, rather than an active participant. Which is really a change of position.

We are disturbed by the Russian government’s attempts to abdicate responsibility for its conflict in eastern Ukraine and its continued efforts to gnaw away at Ukraine’s sovereignty through its “passportization” campaign. Earlier this month, Russian state-run media claimed that Russian authorities have issued 187,240 passports to residents of the so-called Luhansk “People’s Republic” and Donetsk “People’s Republic.” According to the article, another 98,000 applications are currently being processed. Russian Duma member Victor Vodolatsky predicted another 600,000 to 800,000 Ukrainian residents will receive Russian passports by the end of the year. We call on Russia to cease this process, which undermines prospects for peace and stability through the implementation of the Minsk agreements.

The situation in the Donbas remains dangerous and volatile, with 70 civilian casualties and nine reported deaths reported in 2020 so far. The SMM faces daily restrictions by Russia-led forces on the movements of its personnel. In the past week alone, the mission reported 26 restrictions on its movement. As always, the vast majority occurred in territory held by Russia-led forces.

Since March 2020, Russia-led forces have used the COVID-19 pandemic to further restrict the movements of the monitors, despite clear indications by SMM leadership that they have taken stringent steps to protect the monitors and local civilian populations from the Coronavirus. The United States calls upon Russia to direct the forces it arms, trains, finances, leads, and fights alongside in eastern Ukraine to cease their harassment of the SMM. The monitors must be allowed to fulfil their mission’s mandate.

On June 6, the SMM provided a detailed report regarding the movement of a convoy of vehicles across the internationally recognized Russia-Ukraine border under cover of darkness in an area outside of official border crossing points. The convoy, which did not undergo any type of inspection upon entering Ukraine, consisted of military-type vehicles and escort light utility vehicles and was tracked to a warehouse near Luhansk. The contents of these vehicles remain unknown.

If, as Russia has often claimed, the vehicles contained humanitarian items, why were they transported in such a secretive manner? Russia’s actions underscore that it is not a neutral observer in this conflict, but instead is deeply enmeshed.

The United States condemns any attempts to interfere with, damage, or destroy the SMM’s valuable technological assets. This week, the SMM reported another far-too-routine incident involving small-arms fire directed at a mini-UAV and a separate incident of small-arms fire directed at a camera used to document ceasefire violations, destroying the camera. The camera’s images indicate it was targeted at close range in territory where Russian-led forces are active. Those who target the Mission’s assets should be held financially responsible for that destruction.

Russia’s occupation of Crimea remains of great concern. Since 2014, when the Kremlin first embarked on its multi-year campaign of conscription, nearly 24,000 young Crimean residents have been conscripted into the Russian Armed Forces. It is clear that Russia’s actions are inconsistent with international humanitarian law applicable to belligerent occupation. Compelling persons protected by the Fourth Geneva Convention to serve in the forces of a hostile power is a grave breach of the Geneva Convention.

Russia continues its repression against ethnic and religious minorities, including Crimean Tatars and Jehovah’s Witnesses. This week, Russian authorities referred their new criminal case against Crimean Tatar leader Mustafa Jemiliev for in absentia trial, another transparent effort to smear him and the Crimean Tatar people as criminals and extremists in retribution for their opposition to the occupation. On June 4, Jehovah’s Witness Artem Gerasimov received a six-year prison sentence after both he and prosecutors appealed the fine to which he had been sentenced for organizing so-called “extremist activity” for peacefully practicing his faith. This comes on the heels of raids on homes of Jehovah’s Witnesses on May 26. We applaud the Ukrainian National Police’s main directorate for Crimea and Sevastopol for opening criminal proceedings regarding the raids. One day the people participating in these raids will be brought to justice.

In 2008, President Putin himself said, “Crimea is not a disputed territory…Russia has long recognized the borders of modern-day Ukraine.” That was said in 2008. Under the Helsinki Final Act, Russia is pledged to abide by the principle that borders cannot be changed by force and that it will not seize or usurp any of the territory of a participating State. Are we to turn back to the Europe of yesteryear, where borders were changed by military force?

Russia’s illegal seizure of Crimea—and its false claim to have annexed this Ukrainian territory—clearly contravenes these principles and threatens the security of its neighbors. As Secretary Pompeo said yesterday, “Russia must end its repression of those who oppose its occupation, release unjustly imprisoned Ukrainians, and return full control to the peninsula of Ukraine. Crimea is Ukraine.”

Mr. Chair, the United States fully supports Ukraine’s sovereignty, independence, and territorial integrity within its internationally recognized borders, including its territorial waters. We do not, nor will we ever, recognize Russia’s purported annexation of Crimea by force or otherwise. We join our European and other partners in affirming that our eastern Ukraine-related sanctions against Russia will remain in place until Russia fully implements its Minsk commitments. The Crimea-related sanctions will remain in place until Russia returns full control of the peninsula to Ukraine.