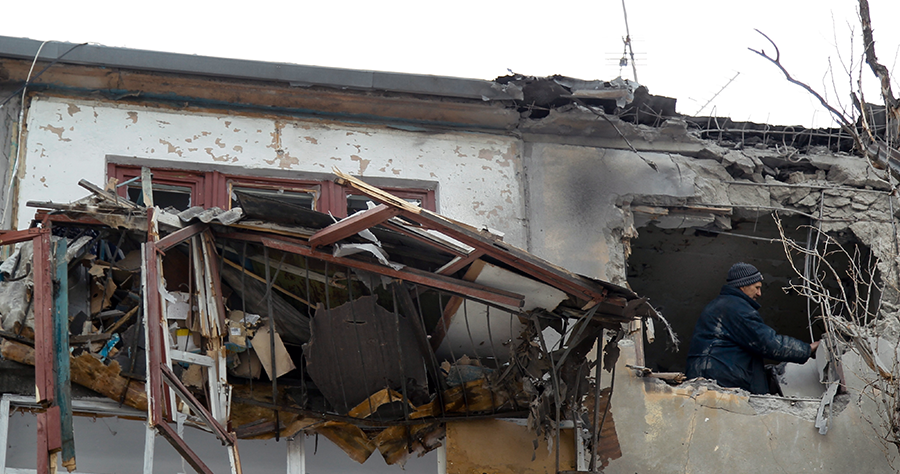 The June 9 Special Monitoring Mission’s weekly report provides additional details on the ways the Russia-led conflict in Ukraine has adversely affected the lives of millions of Ukrainians. Since 2014, more than 13,000 Ukrainian lives have been lost and more than a million have been displaced. Tens of thousands of non-combatants have been wounded by small arms fire, shelling, and explosive devices. There have been dozens of casualties in 2020 alone.

Now into the seventh year of a bloody conflict in eastern Ukraine, the Russian government is attempting to obscure its role. No one believes the Kremlin’s line that this is an “internal” Ukrainian conflict.

In recent months, we have seen a hardening of Russia’s position, both here in the Permanent Council and in statements out of Moscow. For example, at the Trilateral Contact Group—where the sides have discussed implementation of the agreed conclusions from the December 9 Normandy Format meeting—Russia consistently attempts to cast blame on Ukraine for the lack of progress. Moscow reiterates its tired demands that Kyiv negotiate directly with Russia’s proxies in Luhansk and Donetsk, in a pointless effort to legitimize these puppet regimes.

In doing so, Moscow tries to shield itself from responsibility for the conflict it perpetuates. That is an unacceptable approach. We call on Russia to negotiate in good faith so we can get to a peaceful end to this conflict.

As we noted last week, Russia has embarked on a multi-year program of ‘passportization’ in eastern Ukraine, issuing more than 187,000 passports to Ukrainian citizens residing in Russia-controlled territory—the so-called Luhansk and Donetsk “People’s Republics.” Why do you have to do that? Except for the fact that those republics need some attempt by you to make them legitimate when they are not legitimate. Such policies erode the prospect of a peaceful resolution and block the implementation of the Minsk agreements. We all here still believe in the Minsk agreements, don’t we?

The Special Monitoring Mission continues to face daily restrictions on its movements, the overwhelming majority of which occur in Russia-controlled areas. Mission UAVs continued to experience instances of signal interference from jamming and have been encountering small-arms fire with increasing frequency. The SMM’s work to “ensure the effective monitoring and verification of the ceasefire regime” is outlined in item three of the Package of Measures, which Russia—as we have noted—signed. We call upon Russia to direct its proxies in eastern Ukraine to cease their harassment of the SMM.

Russia’s occupation of Crimea remains a key component of its campaign to destabilize its sovereign neighbor, Ukraine. As I have said, this attempted annexation of Ukraine remains a central sticking point–a central problem of the issue of security in Europe, as is being monitored by the OSCE and is the objective of the OSCE policy. We remain concerned about the well-being of the Ukrainian service member detained by Russian proxy authorities on May 30 and call for his immediate release, along with all other Ukrainians unjustly held by Russia. The risk to their health in conditions of confinement is heightened by the pandemic. For example, independent media report outbreaks of the coronavirus in a pre-trial detention center in Rostov-on-Don, where three men from Crimea are being held for practicing their faith.

We denounce Russia’s June 11 decision to detain and bring criminal charges against Crimean Tatar Ruslan Bekirov for retracting coerced testimony that he gave against another political prisoner last summer. Rather than investigate Bekirov’s credible allegations that the FSB abused and threatened him into signing the document, authorities have instead charged Bekirov with “making false statements.” These are not steps that are consistent with a bright Russian future, but instead harken back to the old methods of the past, which are a source of such great concern to your colleagues, friends, and fellow country members here at OSCE, when looking to the future, and not to the behaviors of the past.

We demand Russia end its occupation of Crimea, return full control of the peninsula to Ukraine, immediately release all Ukrainians it has unjustly imprisoned, and withdraw its forces and materiel from eastern Ukraine and Crimea, thus setting the stage for a peaceful Europe for the future, including Russia and all of its neighbouring states.