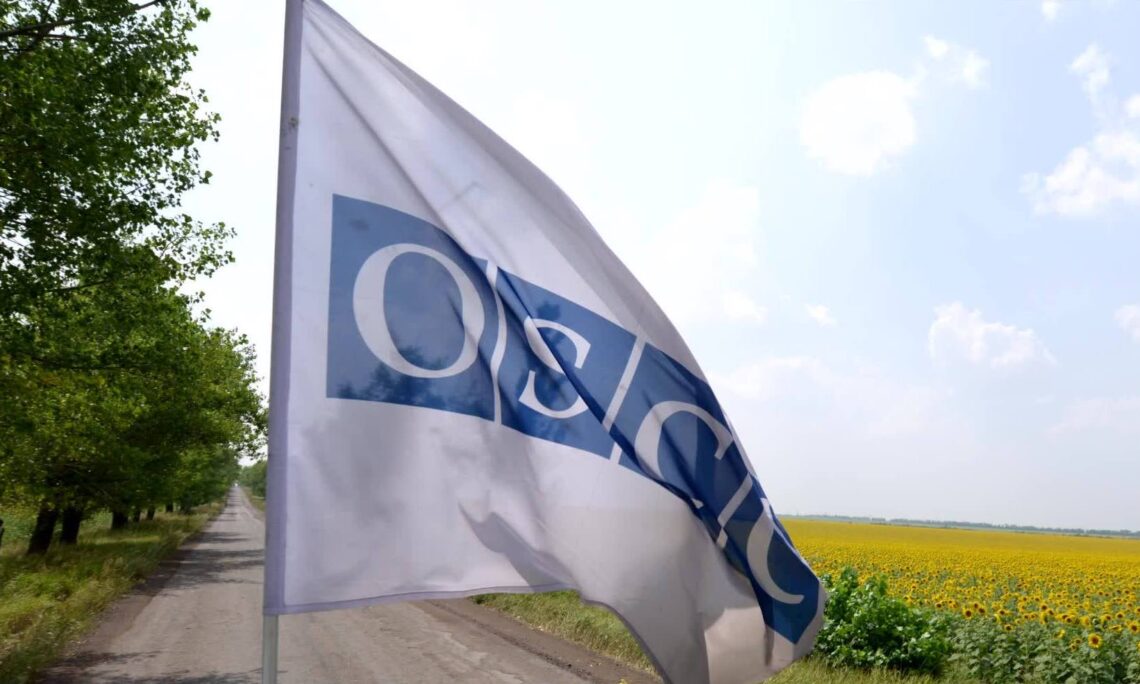 We call on Russia to allow the SMM to fulfill its mandate and monitor throughout Ukraine. (Photo: OSCE SMM)

We are aware of public reports of unusual Russian military activity near Ukraine.  I can’t speak to Russian intentions, but we are monitoring the region closely, as we always do.  As we have made clear in the past, any escalatory or aggressive actions would be of great concern to the United States.  We continue to support de-escalation in the region and a diplomatic resolution to the conflict in eastern Ukraine.

Russia’s aggression in Ukraine, now in its eighth year, has caused more than 13,000 deaths, tens of thousands of injuries, displaced 1.6 million people, and inflicted countless instances of damage to critical civilian infrastructure.  This Russia-led conflict continues to cause great civilian suffering.  This year alone, conflict-related violence has killed 15 civilians and wounded 66 more. We call on Russia to cease its aggression, observe the ceasefire, implement its Minsk commitments and withdraw its forces from Ukraine’s sovereign territory.

We also call on Russia to allow the SMM to fulfill its mandate and monitor throughout Ukraine, which includes the Russia-controlled territory in the Donbas and Russia-occupied Crimea.  Russia must stop obstructing SMM patrols, jamming UAV flights, and tampering with SMM cameras.  Russia also must cease restricting SMM movements within Russia-controlled territory in Donetsk and Luhansk oblasts, across the Line of Contact and across the so-called inter-oblast boundary line.

We encourage Russia to return to the Joint Control and Coordination Commission, or JCCC and engage constructively with Ukraine’s military.  Russia’s insistence it is not party to the conflict does not change the clear fact that it is the main driver of the conflict. Coordinating within the JCCC would not make Russia’s false narrative any less false.  It would, however, probably save lives and prevent escalations.

We urge Russia to engage constructively within the Trilateral Contact Group and to reopen all entry-exit crossing points (EECP) along the Line of Contact to allow free movement of civilians.  Civilians must be able to cross between Russia- and government-controlled territory to retrieve pension payments, seek medical treatment, purchase medicine and visit with family members.  We call on Russia to reverse course and return all EECPs to pre-pandemic levels of operation.

We continue to receive reports of serious abuses in Russia-occupied Crimea.  Deputy Head of the Crimean Tatar Mejlis Nariman Dzhelyal remains detained in a psychiatric facility.  A Simferopol court extended his detention by three months on October 28. Scores of other political prisoners remain unjustly detained.  On October 29, four Crimean Tatar men were sentenced to outrageous prison terms ranging from 12-17 years on terrorism charges brought in transparent retaliation for their opposition to Russia’s occupation of Crimea.  Three of the four men were active members of Crimean Solidarity, a human rights organization that works to support political prisoners and their families.  We are particularly concerned about the 12-year prison sentence meted out to activist Amet Suleimanov, who reportedly suffers from a serious heart condition.  Human rights defenders fear that Suleimanov may not survive 12 years in a Russian prison.  We continue to monitor these developments and call on Russia to end its politically motivated repression of those who peacefully oppose its occupation and members of religious and ethnic minority groups.