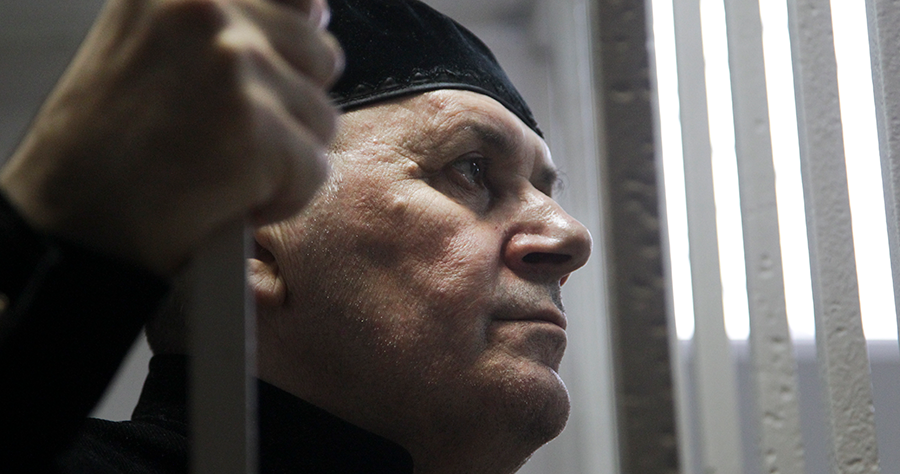 Oyub Titiev, the head of a Chechnya branch of the prominent human rights group Memorial, stands behind bars in court before a hearing in Shali, Russia, Monday, March 18, 2019. (AP Photo/Musa Sadulayev)

Mr. Chair, the United States is deeply concerned about the unjust conviction last week of Chechen human rights activist Oyub Titiyev on bogus charges. A Chechen court sentenced Mr. Titiyev to four years in prison. This was yet another blow in a long line of unjust actions against human rights defenders in Chechnya.

The court’s conviction of Mr. Titiyev suggests that Chechen authorities violated his right to fair trial. The unsubstantiated drug charges, lack of judicial impartiality, and procedural irregularities throughout the trial expose these actions for what they are – clear acts of retaliation for Mr. Titiyev’s brave work exposing extrajudicial killings, torture, and other gross human rights violations systemically perpetrated throughout Chechnya under the government of Ramzan Kadyrov.

We recall that Mr. Titiyev’s plight figured in the invocation by my country and fifteen others of the Moscow Mechanism. The resulting report by the OSCE fact-finding mission concluded that he was tried “on obviously fabricated evidence” in order “to stop him from monitoring disappearances and torture.” The United States echoes the report’s call for Chechen authorities to immediately release Mr. Titiyev and allow independent civil society and journalists to operate free from harassment and intimidation.

Human rights defenders are the lifeblood of the Helsinki process and are essential to holding participating States accountable for implementing our international obligations and OSCE commitments. In the Helsinki Final Act and the 1990 Copenhagen document, OSCE participating States recognized the right of every individual to know and act upon his or her human rights and fundamental freedoms and to contribute actively, individually, or in association with others, to their promotion and protection. Participating States also committed to allow members of non-governmental organizations to have unhindered access to and communication with similar bodies within and outside their countries and with international organizations.

We call on Russia to live up to its international obligations and commitments and its own constitution to ensure that the rights of all individuals are fully respected in Chechnya. This means holding Ramzan Kadyrov and other Chechen officials accountable for their human rights violations and abuses.