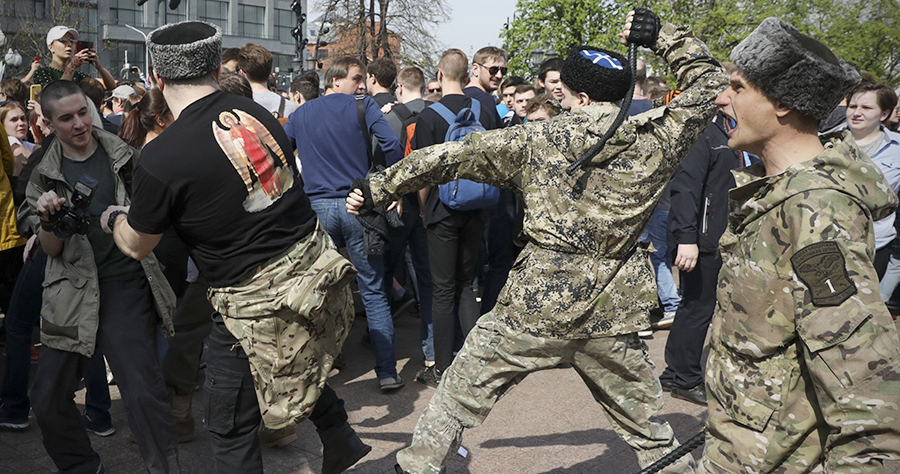 The Universal Declaration of Human Rights states, in Article 20, that “Everyone has the right to freedom of peaceful assembly and association.” In Copenhagen in 1990, OSCE participating States reaffirmed that “Everyone will have the right of peaceful assembly and demonstration,” and “The right of association will be guaranteed.” These words are as powerful as they are clear, and must be respected in every participating State of the OSCE region, regardless of culture, language, or tradition.

Unfortunately, the Kremlin is actively and persistently eroding these fundamental freedoms in Russia today. From a journalist seeking to cover a peaceful gathering, to a political leader seeking to participate in peaceful marches; from an ordinary citizen seeking to make his or her voice heard, to an activist seeking to advance human rights, Russians face leaders and their security forces who are curtailing these freedoms in ways which run counter to Russia’s international obligations and OSCE commitments.

The United States joins the member states of the European Union and other delegations in expressing concern about the recent detention of over 1500 people across Russia, including over 700 people in Moscow, among them opposition leader Alexei Navalny. We share the EU’s concern that some protesters were reportedly assaulted by third parties and that the police did not intervene responsibly to curtail the violence or apprehend the assailants. Russian authorities should release all persons still detained simply for exercising their fundamental freedoms, and investigate reports of excessive use of force against protesters and of arbitrary arrest, even of minors.