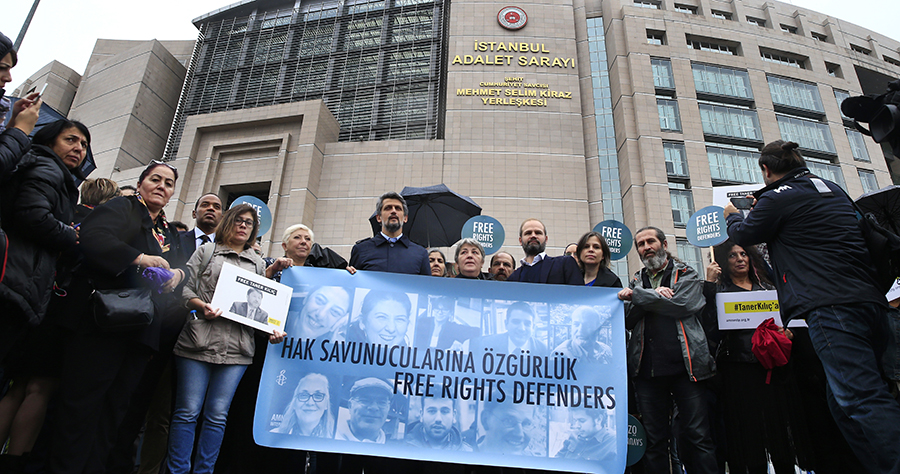 A Call on Turkey to End the State of Emergency

The United States joins the European Union and other delegations in expressing deep concern about the deteriorating state of human rights in Turkey, in particular the Government of Turkey’s continuing efforts to restrict dissent. We are troubled by the ongoing pre-trial detention of Amnesty International Turkey Chairman Taner Kilic, who has been detained since June 2017. We are closely following Mr. Kilic’s case, along with cases against other respected human rights defenders, journalists, civil society leaders, and opposition politicians – all of whose prosecution under the ongoing state of emergency has chilled freedom of expression. These cases raise serious concerns about respect for judicial independence and the fair trial protections enshrined in the Turkish constitution.

The United States calls on the Turkish government to end the protracted state of emergency, release those detained arbitrarily under emergency authorities, and take concrete steps to safeguard the rule of law, consistent with Turkey’s own domestic and international obligations and commitments. We note that, in Moscow in 1991, OSCE participating States committed “to maintain freedom of expression and freedom of information, consistent with their international obligations and commitments, with a view to enabling public discussion on the observance of human rights and fundamental freedoms as well as on lifting the state of public emergency.” We firmly believe that freedom of expression, including for members of the media, strengthens democracy and must be protected, particularly in difficult times.

In closing, we would also like to remind all participating States of our international obligations and OSCE commitments to respect the human rights and fundamental freedoms of all persons.