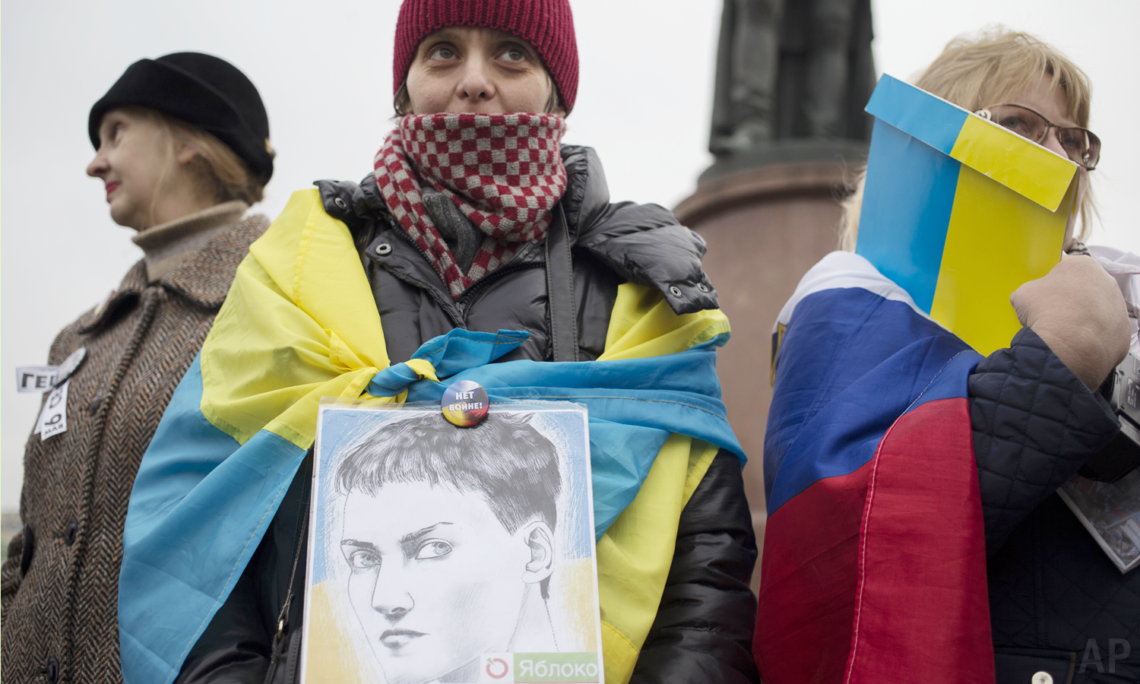 The United States condemns the continued detention of Nadiya Savchenko, Oleg Sentsov, Oleksander Kolchenko, Stanislav Klikh, Mykola Karpyuk, Akhtem Chiygoz, and all other Ukrainians unjustly held in Russia and in Russian-occupied Crimea. Human rights groups estimate that there are currently at least 20 such cases. These cases raise serious concerns about Russia’s respect for the rule of law and its international obligations and commitments, including the ability of those detained to exercise their rights.

A total of 581 days have passed since Nadiya Savchenko was captured by Russia-backed separatists in Ukraine and taken across the Russian border. The United States continues to monitor Ms. Savchenko’s trial closely. On February 1, Ms. Savchenko, who continues her hunger strike in protest of her ongoing imprisonment and prosecution, testified in her own defense. She implicated a former employee of the Russian presidential administration, Pavel Karpov, and the former head of the so-called “Luhansk people’s republic,” Valery Bolotov, in having abducted her from Ukraine in June 2014. We are also concerned that Oleh Sentsov, Oleksander Kolchenko, and their Ukrainian co-defendants have been transferred to prisons in remote areas of Russia and in some cases have been subjected to ongoing mistreatment.

Such serious charges should be fairly considered and all relevant evidence examined. However, the judges have refused a defense motion to summon these individuals to testify and have shown contempt throughout the trial for transparency and their obligation to ensure a fair and equal process. We have appealed for this repeatedly in the Permanent Council, with no meaningful response from the Russian Federation. Now the court has concluded its evidentiary hearings, but without considering all of the evidence at hand.

We are deeply concerned by the arrest last week of at least 13 Crimean Tatars, who are all Ukrainian citizens, following police raids on Crimean Tatar villages, and the continued detention of four of these men on trumped-up “terrorism” charges. All four of them are activists in the Crimean Tatar community, including Emir Hussein Kuku, a prominent human rights defender. Taken together with the news that the so-called “prosecutor general” in Crimea intends to criminalize and close the Tatar Mejlis as a supposedly extremist organization, it is clear that Russia’s repression of the Tatar community in Crimea has reached a new level.

The charges against Ukrainian citizens held for politically-motivated reasons should be dismissed. These individuals should be released immediately and, in the case of those being held within Russia, be allowed to return to Ukraine.  The failure of Russia to do so continues to contravene its OSCE commitments as well as its commitments under the Minsk agreements.