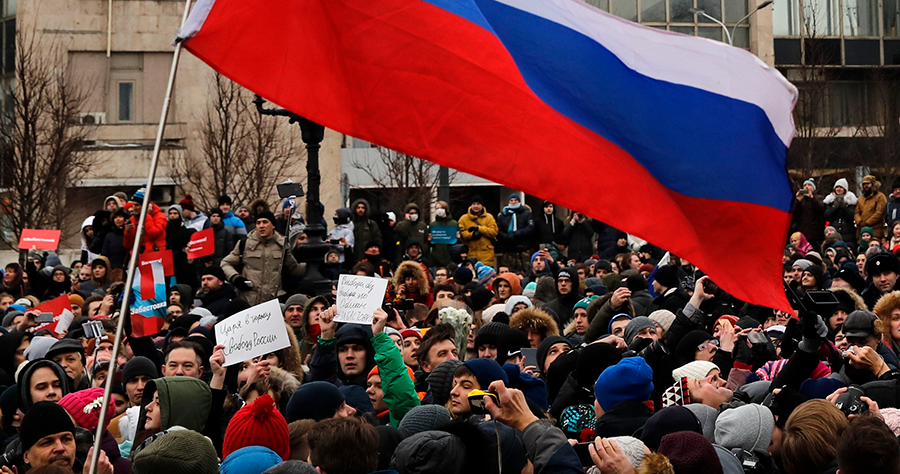 The Attempted Silencing of Independent Voices in Russia

The United States strongly condemns the detention of hundreds of peaceful protesters throughout Russia on January 28. Detaining individuals for peacefully protesting is an affront to core democratic values and fundamental OSCE commitments. We remain deeply troubled by the Russian government’s growing intolerance of all forms of dissent, as evidenced by the undue limitations placed on freedom of expression and peaceful assembly.

The United States is also concerned by recent attacks on civil society activists, in apparent retaliation for their work. Unidentified perpetrators attacked Dinar Idrisov, a known activist and public defender of detained protesters, when he was livestreaming the January 28 protests in St. Petersburg. He sustained serious injuries and is currently hospitalized. Idrisov claims he was targeted for his activism. On December 28, masked men in the southern Russian city of Krasnodar attacked Andrei Rudomakha, the head of the NGO Environmental Watch on North Caucasus, resulting in traumatic brain injuries, facial fractures, and a chemical eye burn. Prior to the beating, Rudomakha and his colleagues had been exposing illegal construction on the Black Sea coast, and reportedly had long been under pressure from local authorities. We urge Russian authorities to fully investigate these attacks and to hold those responsible accountable.

We note with concern draft Russian legislation that would amend Russia’s foreign agent media legislation to authorize the government to designate as so-called “foreign agents” individuals who publish information online, and receive any kind of funding from abroad. The United States has previously highlighted the threat posed by Russia’s Foreign Agents Law, which has been used to justify a constant stream of raids, harassment, and legal proceedings that obstruct the work of non-governmental organizations. The recent expansion of the Foreign Agents Law to target media outlets has opened the door to onerous requirements that could further stifle freedom of expression and editorial independence. Freedom of expression – including by members of the media that a government may find inconvenient – is a universal human right and an international obligation that Russia must uphold.

In closing, we renew our call on the Russian government to allow independent voices to speak without fear of harassment and intimidation. We urge the government to condemn publicly any attacks or threats of violence against members of the political opposition, civil society, or journalists, and to protect them from further harm. Finally, we remind Russia of its international obligations and OSCE commitments to protect and promote the human rights and fundamental freedoms of everyone, regardless of political affiliation or views.