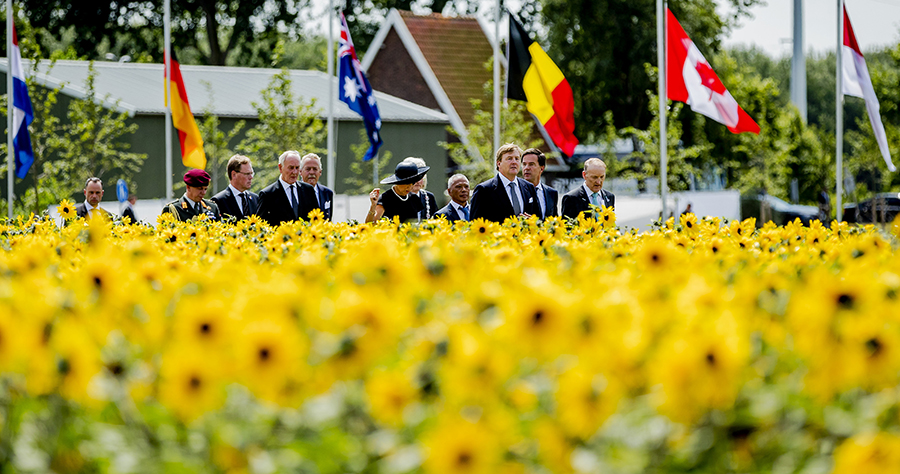 The United States supports the Netherlands and Australia in calling Russia to account for its role in the July 2014 downing of Malaysia Airlines Flight #17 (MH-17) over eastern Ukraine and the deaths of the 298 innocents on board, including an American citizen.

The United States has confidence in the findings of the Joint Investigation Team (JIT) as presented by the Dutch Public Prosecutor on May 24. So should Russia, which has had every opportunity to cooperate with investigators and present the evidence at its disposal. Russia should immediately cease its callous disinformation campaign and acknowledge its role in the destruction of MH-17.

Mr. Chair, the JIT findings showed that the BUK missile launcher used to bring down the passenger aircraft is owned by Russia, and was assigned to the Russian 53rd Anti-aircraft Brigade near Kursk. The missile launcher was brought into sovereign Ukrainian territory from Russia, fired from Russian-controlled territory by Russia-led forces in eastern Ukraine, and then returned to Russian territory.

The United States recalls the UN Security Council’s demand in Resolution 2166 that “those responsible … be held to account and that all States cooperate fully with efforts to establish accountability.” We urge Russia to adhere to Resolution 2166 and respond to the request from Australia and the Netherlands, which came after a thorough, detailed, and impartial investigation into the downing of MH-17.

The United States is confident in the ability of the Dutch criminal justice system to prosecute those responsible in a manner that is fair and just. We extend our deepest sympathies to the families and friends of the victims, and call for justice on their behalf.