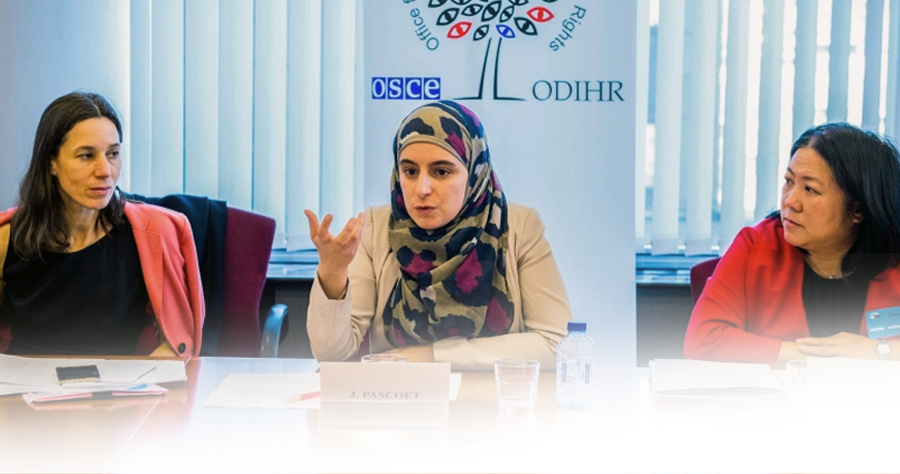 Workshop for Roma and Sinti by ODIHR (OSCE)

As delivered by Acting Deputy Chief of Mission Michele Siders
to the Permanent Council, Vienna
April 6, 2017

On April 8, we commemorate International Roma Day and celebrate the contributions of Roma around the world. In the United States, there are as many as one million Americans with Romani ancestry. Romani Americans have made contributions to American higher learning, literature, business, art, and politics, weaving their heritage into the rich tapestry of American cultural and social life.

We also reflect this week on the efforts of Romani individuals who face intolerance and strive for equal opportunities for themselves and their families. Roma continue to face political and economic marginalization that prevents them from participating fully in our societies.

Our shared OSCE commitments on protecting the human rights and fundamental freedoms of Roma and Sinti are extensive and date back to the founding of this Organization. More recently, in Athens in 2009, participating States urged one another to “step up their efforts in promoting tolerance and combating prejudices against Roma and Sinti people in order to prevent their further marginalization and exclusion.” We thank the Office for Democratic Institutions and Human Rights Director Michael Link, as well as Mirjam Karoly and her team at the ODIHR Contact Point for Roma and Sinti Issues, for their work to overcome injustice and promote the human rights and fundamental freedoms of Romani individuals across the OSCE region.

ODIHR continues to focus on enhancing security for Romani communities by building the capacity of law enforcement. ODIHR’s new curriculum on human rights-compliant policing has already trained police officers in Romania and Ukraine, and will expand to Poland and Macedonia this year. We encourage all participating States to take advantage of these and other resources that ODIHR provides so that all can enjoy their human rights and fundamental freedoms.

Last year, the U.S. Embassy in the Czech Republic was honored to support a dialogue event in concert with ODIHR on the topic of forced and coercive sterilization of Roma women. We thank ODIHR for working to shine a light on this appalling practice. We are deeply grateful to the participants from the Czech Republic, Sweden, Norway, and Switzerland, including most especially the Romani individuals who shared their horrific personal stories. We encourage all States to follow the example of participating States that have taken action to account for and confront these past practices.

We also welcome the contributions of ODIHR’s recent event in Brussels, titled “Strengthening diverse leadership, participation and representation of Roma, including women and youth, in public and political life,” held with the support of the U.S. Helsinki Commission. The participation of Roma in national and local decision-making processes is one of the priorities identified by the OSCE Action Plan on Improving the Situation of Roma and Sinti. We urge participating States to address barriers to Romani political participation, including by removing restrictions on minority language use in campaigning and ensuring the secrecy of the ballot for minority voters.

Finally, International Roma Day provides an opportunity to commemorate the Roma victims of the horrors of the Holocaust during World War II. We urge all participating States to include Romani experiences in commemorations of the Holocaust. Remembrance enables us to reckon with the past and build more tolerant, inclusive societies. We thank the Czech Republic for discussing at last year’s Human Dimension Implementation Meeting its government’s efforts to remove the pig farm at the Lety concentration camp site, and we urge the Czechs to ensure a proper memorial for Romani victims of the camp. We also thank ODIHR for their continued efforts to improve Holocaust education and remembrance.

The United States reaffirms its commitment to the human rights and human dignity of all Roma, condemns intolerance and violence towards them, and continues to strongly support the OSCE Action Plan.