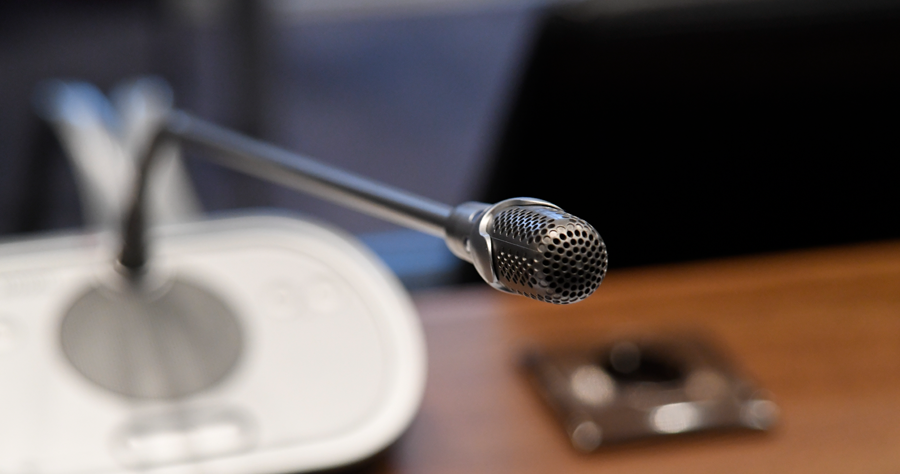 As prepared for delivery by Director Michael Murphy
Warsaw
September 22, 2017

My delegation wishes to stress some key points and share some parting thoughts:

First, as we prepare for the Vienna Ministerial, OSCE participating States need to focus on defending Helsinki Principles and implementing our shared commitments. There is no other way to rebuild trust and ensure lasting security.

Second: Russia’s continuing military aggression against the sovereignty and territorial integrity of other states is antithetical to Helsinki principles. We will never accept Russia’s occupation and purported annexation of Crimea. We support the Minsk agreements as the best way to end the conflict in eastern Ukraine while respecting Ukraine’s unity, sovereignty, independence, and territorial integrity. The violence in the Donbas is neither a civil war nor a frozen conflict. Russia arms, trains, lead, and fight alongside forces which would not exist today without Moscow’s support. Just as Crimea remains a part of Ukraine, Abkhazia and South Ossetia remain parts of Georgia despite Russian military and political efforts to separate them. We support Ukraine, Georgia and Moldova in making sovereign decisions on pursuing closer ties with Europe.

Fourth: Beyond Russia, serious abuses continue in many participating States. I will mention a few compelling cases.

In Turkey, the trial of Cumhuriyet journalists and editors grinds on. Last week, academic and founding member of the NGO Helsinki Citizens Assembly Istar Gozaydin was put on trial, further chilling freedom of expression. And Andrew Brunson, an American pastor, found himself swept up in the massive post-coup crackdown, as did Turkish-American NASA scientist Serkan Golge. New charges recently were heaped upon Brunson. We call for their release and that of others detained for simply exercising their human rights.

During the first week, we welcomed the release of Mehman Aliyev, the director of Turan, the last independent news agency in Azerbaijan. We also welcome the Azeri government’s decision to drop charges against opposition leader Natig Jafarli and to release Faig Amirli, financial director of the Azadliq newspaper. We call on the government to drop the remaining charges against Aliyev and to lift travel bans against him and others, including investigative journalist Khadija Ismayilova and defense lawyer Intigam Aliyev. Over 145 people are estimated to remain incarcerated on politically motivated charges, including Ilgar Mammadov, leader of the REAL political movement, who remains imprisoned despite a ruling in his favor by the European Court of Human Rights. They, too, should be freed expeditiously, without condition.

Members of my delegation attended a moving side event featuring the poetry of former OSCE Ambassador Batyr Berdiev, who disappeared into Turkmenistan’s prison system 15 years ago, never to be seen again. The government refuses to tell his wife and the families of over 100 other political prisoners whether their loved ones are alive or dead.

The show trials of ethnic Ukrainian and Crimean Tatar prisoners held in occupied Crimea, in Russian-controlled areas of the Donbas, and in Russia itself are travesties of justice. Russia should end this shameful practice and release Mejlis Vice Chairmen Chiygoz and Umerov, film director Oleh Sentsov, activist Oleksander Kolchenko, and all others prosecuted for peacefully opposing Russian occupation of Crimea and aggression in eastern Ukraine.

In many participating States, the attorneys of human rights activists are targeted for defending their clients. In Tajikistan, the lengthy prison sentence of lawyer Burzurgmehr Yorov was recently extended to 28 years in a politically-motivated proceeding lacking transparency.

Fifth: When a fellow participating State, or an NGO, or a journalist criticizes the human rights record of a particular government, this does not constitute interference in internal affairs. As we all reaffirmed at Astana, Human Dimension commitments “are matters of direct and legitimate concern to all participating States and do not belong exclusively to the internal affairs of the state concerned.” The record of my government has been criticized here by fellow participating States and civil society members. We might not agree with the criticism, but we try to respond in a serious way.

Sixth: When governments brand and prosecute individuals as “violent extremists” or “terrorists” for peacefully exercising their rights, they undermine the security they purport to protect. Respect for human rights and fundamental freedoms is needed to develop peaceful, healthy political processes that give young people hope and a stake in the future.

Seventh: Hate crimes are never justified against anyone, anywhere, for any reason. The working definition promulgated by the International Holocaust Remembrance Alliance is a useful tool in combatting anti-Semitism. We commend the working definition’s ongoing use by ODIHR. My government uses the definition, as do many other countries, and we encourage those who have not yet done so to put the definition into practice. Using the definition does not change our obligations or our internal laws. It does mean that when we report on or discuss anti-Semitism we are all talking about the same thing and using the same vocabulary. We remain deeply concerned about the numerous credible reports of a brutal campaign against gay men in Chechnya. We ask the Russian Federation to clarify: is there an ongoing investigation into these reports? Are national or local authorities conducting the investigation? When do you anticipate the investigation to conclude, and will the results be made public?

Eighth: As we see it, HDIM’s primary value lies in giving governments and NGOs a platform for an open, robust, wide-ranging exchange of views on how Human Dimension promises are kept or broken, and on ways States can improve their performance. The limited time of HDIM sessions should be organized to maximize the opportunity for governments and NGOs to do that. We will continue to oppose any shortening of the HDIM, and any hollowing-out of HDIM agendas.

We also oppose any changes that have the effect of reducing NGO access and participation. We continue to call for NGO access to PC meetings and other OSCE venues. At HDIM, we should be cautious not to reinforce through procedure and protocol attempts by Russia to legitimize actions that clearly undermine our shared principles. For example, the bogus official of Crimea, who registered for this HDIM as an NGO representative, and the paid Kremlin employees who pose as independent journalists.

We look forward to working with other delegations, the Austrian and Italian Chairmanships, the new Secretary General and the new leadership of ODIHR, RFOM and HCNM to strengthen these important institutions. We will continue to defend their independence, mandates and budgets.

Ninth: We welcome the Kyrgyz Republic’s return to HDIM and the opportunity HDIM affords to foster government-civil society dialogue. We hope that the government will support the work of the OSCE Mission, including in the field. As Kyrgyzstan enters into an important and historical election, we look forward to it working with civil society toward a free and transparent balloting process. We regret that Turkey chose to walk out, and that Tajikistan refused to participate because certain NGOs were not excluded. We urge these fellow participating States to re-engage in the full range of OSCE activity. Their presence ensures that their points of view are heard. We also urge that Kosovo finally be allowed to take its rightful place at the table.

Tenth, and finally: My delegation expresses deep appreciation to the civil society activists who have participated in our discussions. We know that some of you took risks to come here and others have been prevented from coming. We are also aware that some governments and GONGOs stooped so low as to threaten you and your families in an attempt to silence you. In 1989, the participating States committed to “ensure that no individual … seeking to exercise … rights and freedoms, or any member of his family, will as a consequence be discriminated against in any manner.” Threats and reprisals against you and your loved ones show an appalling disregard for that commitment. Your contributions enrich and enliven the HDIM. Human Rights Defenders are the heartbeat of the Helsinki process.

On behalf of the U.S. delegation, I thank Director Gisladottir and her team for organizing this meeting. We extend our deep gratitude to the people and government of Poland for hosting ODIHR and for so graciously receiving us.