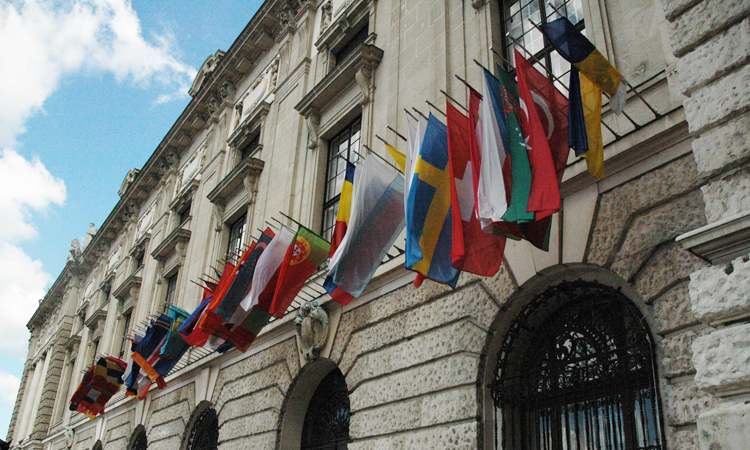 The United States encourages Armenia and Azerbaijan to strictly adhere to a sustainable ceasefire, pull back and distance their armed forces.

Disasters hurt us all, but in particular the poor and vulnerable among us the most—around the world as well as in the OSCE area.  According to the World Bank, from 1998 through 2018, 91 per cent of storm-related fatalities were in low- and middle-income countries, even though these countries experienced just 32 per cent of storms.  Since 1980 more than two million people and over $3 trillion have been lost to disasters caused by natural hazards.  Moreover, paralleling the pattern of rising costs and frequencies that we have experienced in the United States, total worldwide damages have increased by more than 600 per cent during this time as well—from $23 billion a year in the 1980s to $150 billion a year in the last decade.  This is a security threat in the OSCE area that is clearly growing in size, scope, and impact.

As we have heard over the past two days, there is much ongoing and laudable disaster risk reduction activity among participating States and in the OSCE area.  However, we also have learned there is more to do to meet our own commitments as reflected by previous decisions and broader goals as reflected in the Sendai Framework.  As many speakers have reinforced, effective disaster risk reduction is a complex undertaking that—among other things—involves appropriate and timely investment; appreciating the role and impact of the environment; data sharing and coordination; accurate and realistic planning and forecasting; and effective and meaningful engagement, especially the establishment of trust between government and communities at all levels.  This complexity is real but should not deter us in the OSCE from implementing our shared commitments to mitigate the security threats posed by natural disasters and promote resilience to them as well as recovery from them.

I applaud the organizers for including diverse voices from civil society and academia to contribute to our discussions.  Directly hearing the perspective from these sectors is a key link in the chain of accurately assessing how participating States are in fact implementing their commitments.  I would urge the organization to continue to find creative ways to hear from those outside government—for example such as the private sector, which as we have heard, plays a key role in DRR given its resources and ownership of critical infrastructure.  More diverse contributors will raise a broader range of issues than would otherwise occur.  Their articulation of unique, overlooked, or marginalized perspectives will also highlight the critical need for governments to be responsive to their citizenry and engage in good governance when formulating DRR policy.

The Unites States remains fully engaged in implementing its OSCE commitments on disaster risk reduction and stands ready to continue to collaborate with participating States.