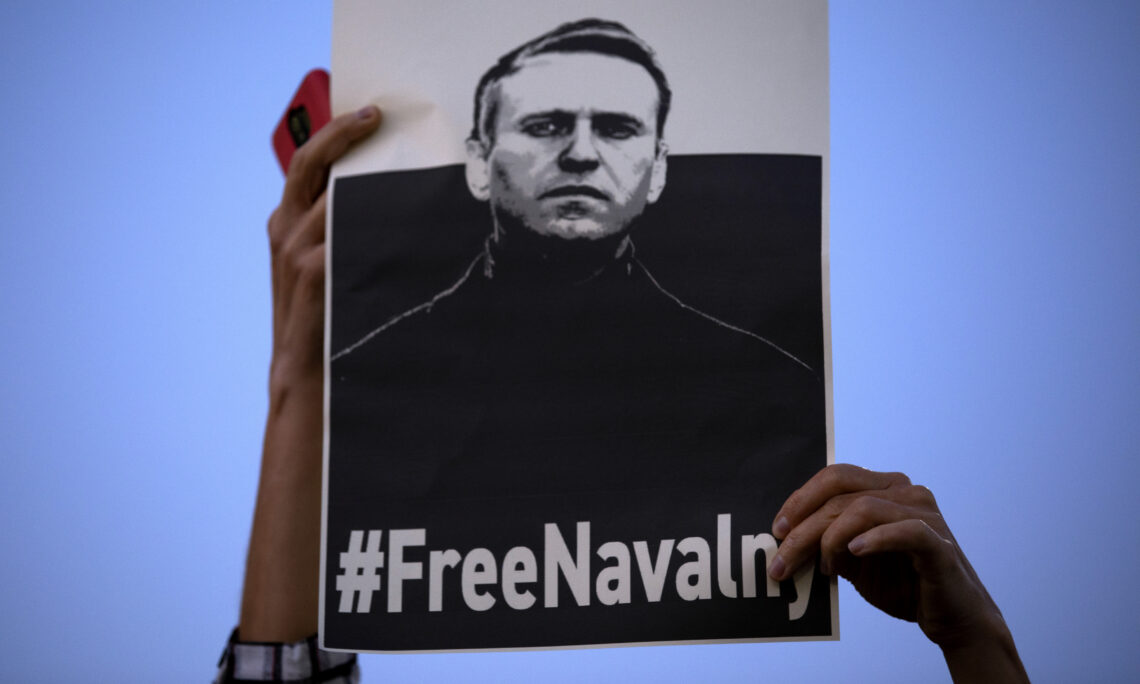 Concerns Relating to the Detention of Alexey Navalny

We remind Russia of its international obligations and OSCE commitments to respect the human rights and dignity of all, regardless of political affiliation or personal views.

We join the many voices sounding the alarm regarding the dire condition of incarcerated opposition activist Aleksey Navalny, whose health has deteriorated rapidly.  Prison officials transferred him to a hospital at the infamous Prison Colony Number 3 in the Vladimir region, where he is unlikely to receive adequate medical treatment.

We are deeply troubled by continuing reports of Russia’s mistreatment of Aleksey Navalny, who was convicted and consigned to prison on politically-motivated charges after being denied a fair trial.

Aleksey Navalny is entering the fourth week of a hunger strike in protest of prison officials’ refusal to allow him access to outside, independent medical attention and the hourly nightly wakeups for being deemed a “flight risk.”  Aleksey has suffered for weeks from serious back pain and numbness in his legs and hands.  Doctors at the prison colony have diagnosed him with two herniated discs.  Despite repeated requests, prison officials refused to allow Mr. Navalny to be examined by physicians he trusts.

Aleksey Navalny’s current prison sentence is the latest in a long series of actions by Russian authorities to silence him, including, most notably, a failed assassination attempt using chemical weapons last August.  His supporters have been targets of relentless raids, harassment, and politically-motivated prosecutions.    We stand with protestors and journalists who faced intimidation for voicing their support of Mr. Navalny yesterday. People in Russia, like all individuals, have the right to peaceably protest and have their voices heard.

We are profoundly concerned state prosecutors have filed a lawsuit to designate several organizations affiliated with Navalny’s peaceful movement, including his nationwide network of campaign offices, as “extremist.”  If such a designation stands, Russian authorities will effectively criminalize one of the country’s largest political opposition movements, putting thousands of volunteers, donors, and staff in danger of arrest for exercising their fundamental freedoms of expression and association.  The Kremlin’s actions thwart the potential for competitive elections for the State Duma in the fall. Of course, Aleksey Navalny’s true “crime” in the eyes of the Kremlin was his activism that revealed uncomfortable truths about high-placed corrupt officials, giving voice to the legitimate grievances of Russia’s citizens.

The campaign of repression and disinformation against Aleksey Navalny and his associates is part of the Kremlin’s intensifying crackdown on the political opposition, civil society, and independent media.  He has joined more than 370 individuals in Russia currently recognized as political prisoners by domestic human rights groups.  As we call attention to Mr. Navalny’s plight and that of all others incarcerated in Russia for exercising their human rights and fundamental freedoms, we are sobered by the toll their imprisonment has taken on their loved ones.

While Aleksey Navalny remains in custody, the Russian government bears sole responsibility for ensuring his health and well-being.  We demand the release of Aleksey Navalny and all those unjustly held.