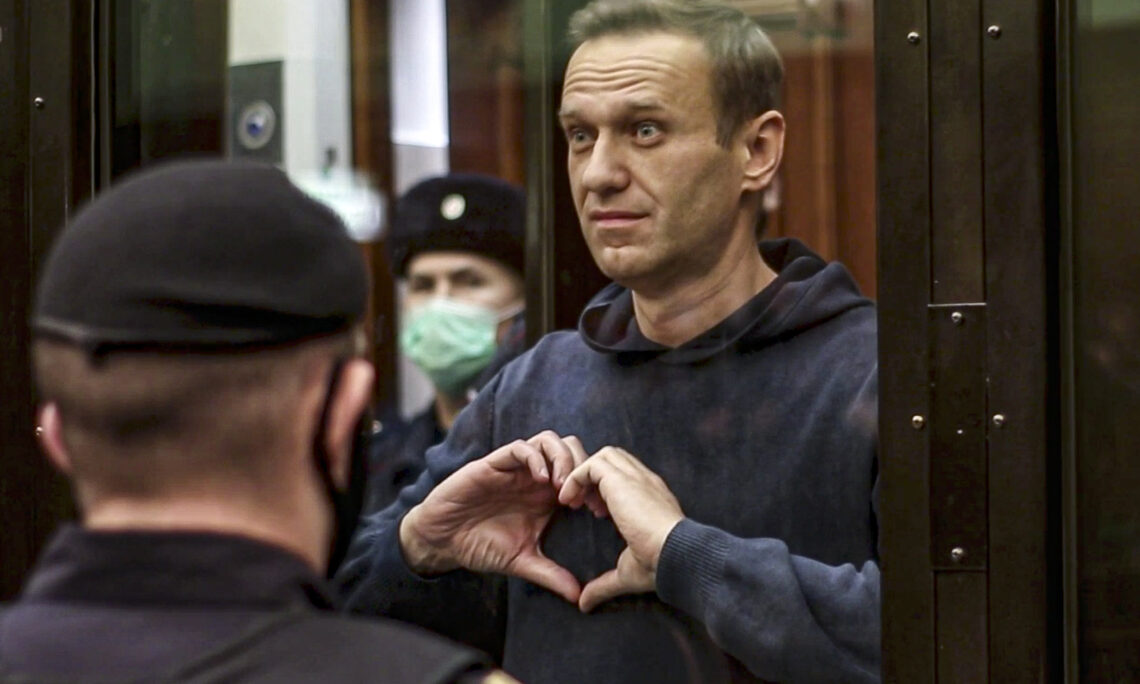 A prison sentence for Navalny and a sweeping crackdown on protesters demanding his release reflect the Kremlin’s steely determination to fend off threats to its political monopoly at any cost. (Moscow City Court via AP, File)

This past weekend, Russians in approximately 100 cities again took to the streets to express frustration with authorities and signal support for jailed opposition figure Aleksey Navalny.  In cities large and small, from Novosibirsk to Saint Petersburg, Yekaterinburg to Moscow, Russians exercised their constitutional and human right to peaceful assembly.  Over 5,000 protestors were detained, including at least 82 journalists who NGOs note were clearly working and had valid press credentials.

On Tuesday, Russian authorities offered further proof of their disregard for judicial independence and rule of law when a Moscow court ruled to convert Mr. Navalny’s suspended sentence under a previous, politically motivated case into a three and a half year prison term.  The proceedings against Navalny, which began with his detention on January 17, reflect continuing efforts to violate his rights and suppress political pluralism.  As Navalny himself said on Tuesday, “They’re imprisoning one person to frighten millions.”

According to Russian observers and NGOs, police with batons cracked down on peaceful protesters in many cities, and photographs of bloodied demonstrators appeared on social media sites.  There also were multiple reports of police using tasers to subdue peaceful protesters; at least two were observed being loaded into police vans while unconscious.  In Kazan, police beat several detained protesters and forced them to lie face down in the snow.

This behavior is in clear contravention of Russia’s OSCE commitments and obligations under international law to promote and encourage the right to peaceful assembly.  As Secretary Blinken said on January 31, “the United States condemns the persistent use of harsh tactics against peaceful protesters and journalists by Russian authorities for a second week straight. We renew our call for Russia to release those detained for exercising their human rights, including Aleksey Navalny.”

As Secretary Blinken said on January 31 the protests that have unfolded across Russia are about the frustration that the Russian people have with corruption, with kleptocracy. And the Russian authorities need to look inward, not outward.