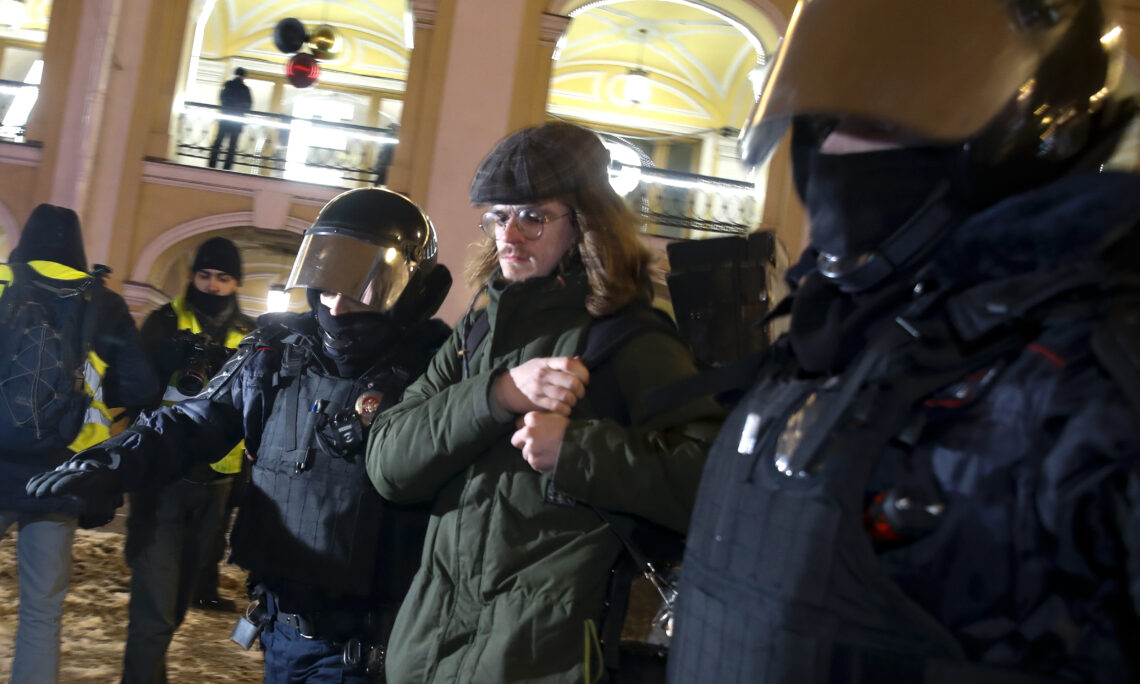 In recent months, the Kremlin intensified its efforts to suppress independent voices and viewpoints, including those of members of civil society organizations, human rights defenders, independent journalists, political opposition members, and believers belonging to religious minority communities.  With each repressive action, Russia’s authorities demonstrate an abiding contempt for their international legal obligations and OSCE commitments to respect human rights and fundamental freedoms.

According to credible reports, Russia now imprisons 51 Jehovah’s Witnesses, and the human rights group Memorial currently recognizes 298 individuals in Russia as prisoners held due to their religious beliefs.

On February 16, a Russian court rejected the appeal of respected 65-year-old historian Yuri Dmitriyev, ordering him to serve out a draconian 13-year prison sentence that was widely decried as politically-motivated retribution for his work uncovering sensitive Stalin-era crimes.  We repeat our call for his immediate release.

Russia’s political opposition continues to be systematically targeted for reprisal, including relentless harassment, politically-motivated detentions and arrests, and appalling physical attacks.  Last August, opposition leader Aleksey Navalny was poisoned with a nerve agent for his efforts to reveal uncomfortable truths about Russian officials’ corruption.  Fortunately, he survived that assassination attempt, but authorities would not allow him to remain free.  He has now been sentenced to two years and six months in a penal colony under the absurd pretense of failing to meet parole requirements while he was receiving medical treatment abroad recovering from the poisoning.  We are troubled by reports that he was recently transferred to a prison notorious for its brutality and harsh conditions.  On March 2, the United States took coordinated action with the European Union and the United Kingdom against Russian officials involved in the poisoning, arrest, and imprisonment of Mr. Navalny.

We reiterate our calls for Russia’s authorities to unconditionally and immediately release Mr. Navalny and to drop the myriad politically-motivated charges they are pursuing against him and his allies.

February 27 marked the anniversary of Boris Nemtsov’s assassination within view of the Kremlin’s walls.  Nemtsov dedicated his life to building a free and democratic Russia, and his murder sent a chilling message to all who shared that vision.  Six years later, those who ordered his murder have not been brought to justice.  His unsolved case is emblematic of the climate of impunity and long-standing repression of human rights in Russia—trends that deepen with every passing week.  We again call upon Russia to respect the exercise of the rights to freedom of expression, peaceful assembly and association, and religion or belief.  Additionally, we call on Russia to end its suppression of independent voices and release all those unjustly incarcerated.