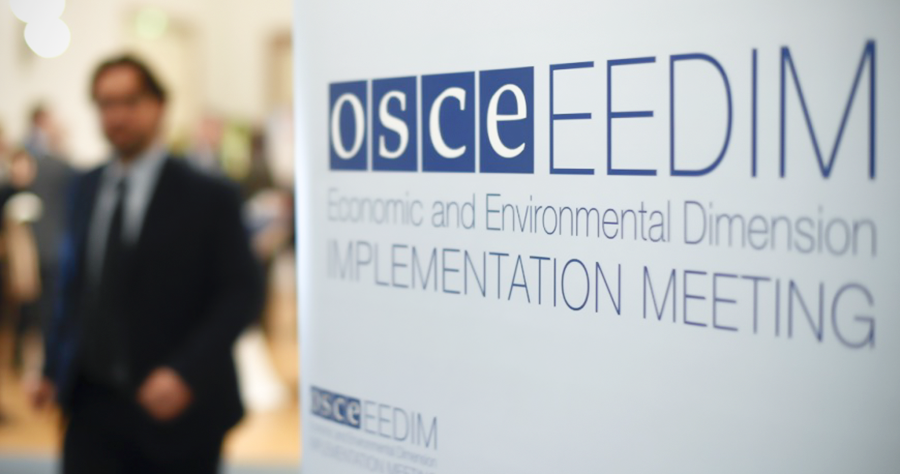 Good morning, representatives and distinguished guests. I would like to begin by thanking Ambassador Bohać and the Slovak OSCE Chairmanship, and Coordinator of OSCE Economic and Environmental Activities Ambassador Žugić, for organizing this Economic and Environmental Dimension Implementation Meeting. Thank you, as well, to Secretary General Greminger, State Secretary Kurilla, and Ms. Radnaaragchaa for your contributions.

By 2025, nearly two-thirds of the world’s population will be living under water-stressed conditions. More than one billion people will face absolute water scarcity, threatening economic development and human health. The scarcity and poor quality of our water resources may increase disease, undermine economic growth, limit food production, and ultimately threaten peace and security. Droughts and floods already affect more people than all other natural disasters combined, and competition over fresh water is increasingly a source of conflict. As a regional security organization, the OSCE is well suited to support effective water management and cooperation.

Over the past twenty years the OSCE’s objectives in this area were embedded in 2003 in Maastricht, 2007 in Madrid, 2008 in Helsinki, and 2014 in Basel. More broadly, water is important to achieving much of the 2030 Agenda for Sustainable Development.

The United States has been doing its part to support these objectives and to help others do so. My country prioritizes improved access to safe drinking water and sanitation and effective management of water resources, while promoting cooperation on shared waters. We do this through capacity building, investments in infrastructure, scientific and technological cooperation, diplomatic engagement, and partnerships. As a result of USAID support between 2008-2017, for instance, 42 million people gained sustainable access to improved drinking water, and 27.2 million people benefited from improved sanitation services.

In 2017, the President submitted to Congress the U.S. Global Water Strategy, to improve water security in order to reduce disease, promote economic growth, and increase peace and security. In 2019, the U.S. Environmental Protection Agency’s draft National Water Reuse Action Plan proposed 46 actions to accelerate water reuse approaches. As communities, agriculture, and businesses look to diversify their water supply portfolios to meet their needs, water reuse – also known as water recycling or water reclamation – can be a valuable tool. Broadening the geographic scale of such efforts and the use of water reuse technology will be imperative for regional security in the coming years.

Over the next couple of days, the United States looks forward to hearing about other countries’ best practices, opportunities to advance global water security, and how the OSCE can help.