Home Home | News & Events | France and the U.S. stand together against Russian aggression against Ukraine, their leaders at the OSCE assert 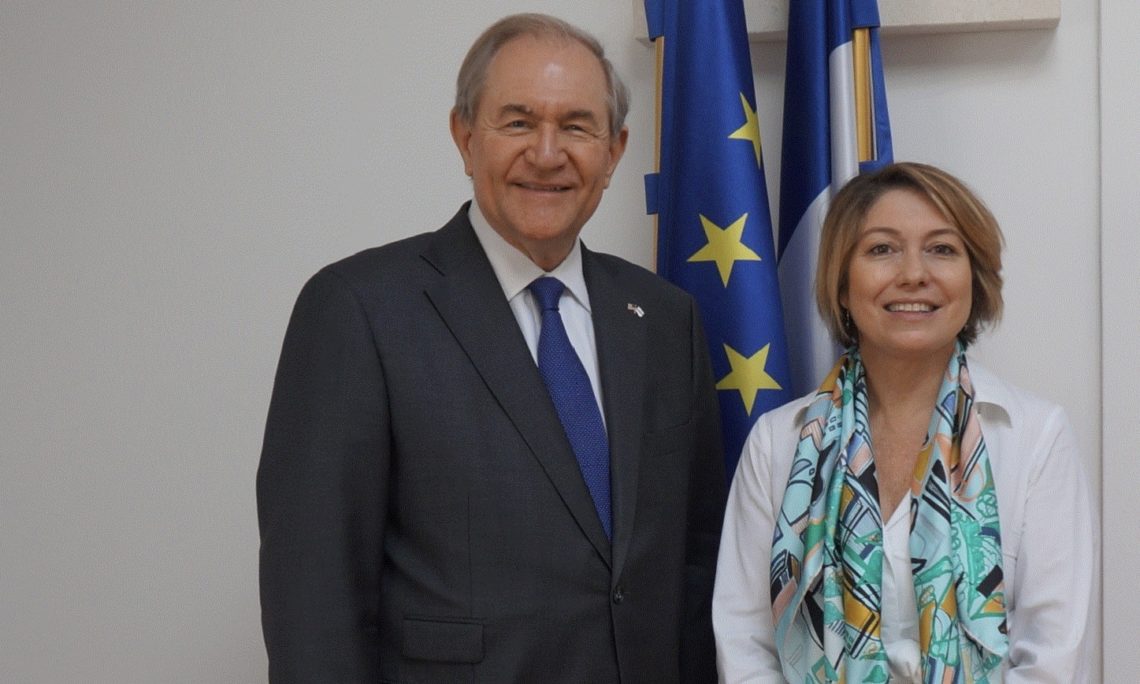 France and the United States stand together against Russian aggression against Ukraine, in support of fundamental human rights, their leaders at the OSCE assert

“Few countries are as aligned as the United States and France in seeing a potentially greater role for the OSCE in preventing, preparing for, and confronting security challenges in Europe and Eurasia,” Ambassador Gilmore reflected after his September 13 meeting with French counterpart Ambassador Christine Fages. Foremost among those challenges was continued Russian aggression in Ukraine and its occupation and purported annexation of Crimea. Gilmore praised the September 7 prisoner exchange between Ukraine and Russia that saw some 35 prisoners repatriated, including 24 sailors detained by Moscow in the Kerch Straits in 2018, as well as long-imprisoned Crimean filmmaker Oleh Sentsov. Russia must continue to engage constructively in negotiations in the implementation of the Minsk agreements to end the conflict it started and stoked, they asserted.

Both Ambassadors’ missions were are preparing for the OSCE’s Human Dimension Implementation Meeting (HDIM) in Warsaw September 16-27, the largest gathering of human rights experts in Europe. The United States would deploy a robust and high-level delegation at HDIM, Gilmore informed, and would sponsor prominent side events on anti-Semitism, defending democracy across the OSCE space, and protecting fundamental human rights. France and the United States, together with 14 other countries, invoked the Moscow Mechanism in the fall of 2018 to investigate Russian human rights abuses in Chechnya. The report confirmed the allegations of very serious human rights and abuses in the Chechen Republic of the Russian Federation.

On Kosovo, the Ambassadors regretted that a beneficiary of the OSCE’s mission there was not permitted to address participating States informally during Head of OSCE Mission Jan Braathu’s recent visit to Vienna. To comprehensively appraise the Oorganization’s effectiveness, it is necessary to speak not only to its officials, but to those benefiting from its initiatives, they concurred.