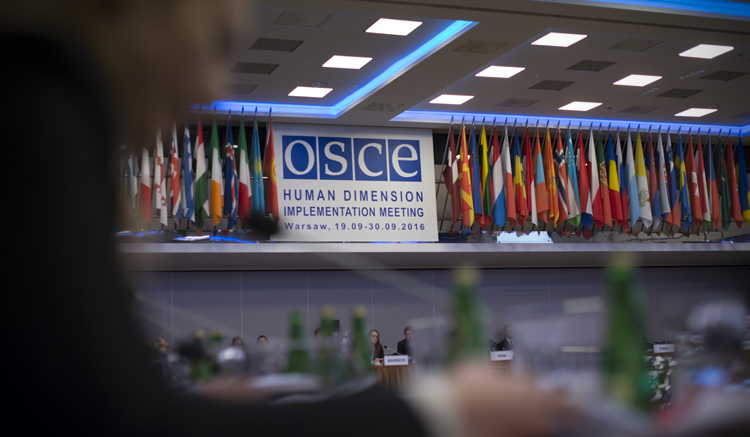 Freedom of association is necessary for the fullest exercise of the freedoms of expression and of religion or belief, and for the conduct of free and fair elections. It is a cornerstone for the rights of persons seeking to form independent trade unions.

In Belarus, the government denies registration to NGOs and political parties on a variety of pretexts. The prominent human rights group Vyasna has not been allowed to register. Unregistered groups face the continual threat of prosecution. The law criminalizes activities conducted by unregistered groups.

Azerbaijan has increasingly restricted exercise of the freedom of association for members of independent NGOs and opposition political parties. Authorities conducted numerous criminal investigations into the activities of independent organizations, froze bank accounts, and harassed staff. These restrictions are especially troubling in light of the government’s planned constitutional referendum on September 26, which we mentioned this morning.

In Kazakhstan, any public organization set up by citizens, including religious groups, must be registered not only with the Ministry of Justice, they must be registered as well with the local departments of justice in every region in which the organization operates. The law requires public or religious associations to define their specific activities. Any association that acts outside the scope of its charter may be warned, fined, suspended, or, banned. Political and trade union organizations face especially onerous registration burdens. Leaders of public associations face even stiffer politically-motivated criminal penalties.

The United States is concerned by the actions taken against members of the Islamic Revival Party of Tajikistan, including the Constitutional ban on non-secular political parties. We are also concerned by the non-public criminal proceedings conducted against party members and their legal counsel. The designation as terrorist organizations of the IRPT and the diasporic political collective Group 24 discourage participation in Tajikistan’s democratic development. We are deeply troubled over reports from participating activists in this hall yesterday that the government of Tajikistan has responded to their peaceful demonstration here at HDIM by harassing and detaining their family members back in Tajikistan. This would directly contravene the 1989 Vienna Document, which commits the participating States to “ensure that no individual exercising … his rights and freedoms or any members of his family, will as a consequence, be discriminated against in any manner.”

Perhaps no country represented here has repressed independent associations to the degree of the Russian Federation, which has designated 141 organizations so-called “foreign agents,” even though they point to no evidence whatsoever that any of these organizations take direction from foreign principals or otherwise act as their agents. Russia has targeted a wide range of non-governmental and business associations, including those working to protect the environment, fight the spread of HIV, and promote transparency, good governance, and freedom of expression. The work of these organizations is essential for Russians to achieve transparent and accountable governance, equal treatment under the law, and to ensure their ability to exercise rights without fear. Among these groups are the highly respected Memorial, which helped resurrect to the people of Russia their buried history. All of these repressive actions are inconsistent with Russia’s international commitments.