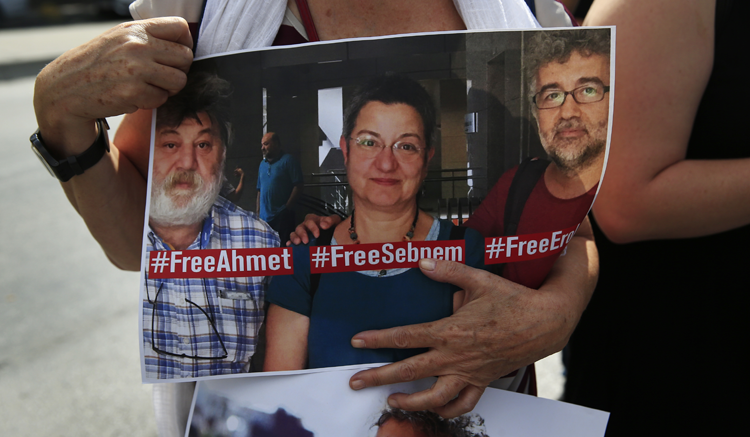 The United States joins the EU, the OSCE Representative on Freedom of the Media, and others in welcoming the recent decision by a court in Turkey to release Reporters Without Borders Turkey Representative Erol Önderoğlu and Human Rights Foundation President Sebnem Korur Fincanci from pretrial detention. We nevertheless remain deeply concerned about the decision to continue to prosecute Önderoğlu, Fincanci, and Ahmet Nesin, which is the latest manifestation of a troubling trend of Government of Turkey efforts to target and restrict journalists, activists, and others critical of government actions, policies and leaders.

Similarly, we note the Turkish Parliament’s passage on June 30 of a bill to overhaul two of Turkey’s highest courts, which we understand will be conveyed to President Erdogan for signature. The United States is deeply concerned about the legislation’s potential to erode the independence of the Turkish judiciary and subject it to increased political pressure. We believe an independent judiciary, as provided for in the Turkish constitution, is essential for advancing the rule of law and remains a key pillar of a healthy democracy.

As Turkey’s friend, we urge Turkish authorities to ensure their actions uphold the universal democratic values enshrined in Turkey’s constitution, and its international human rights obligations and commitments, including those with respect to freedom of expression. Together with our other OSCE partners, we will continue to monitor Turkey’s judicial reforms for their adherence to our shared democratic values and OSCE commitments.