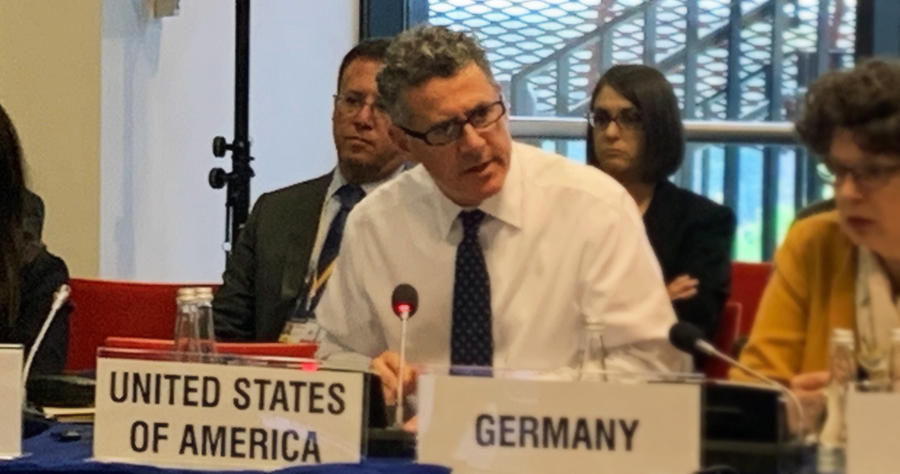 As prepared for delivery by Harry Kamian, Deputy Chief of Mission at the U.S. Mission to the OSCE
to the Human Dimension Implementation Meeting in Warsaw,
September 27, 2019

For many years, this agenda item has been used to follow up on the use of the Moscow Mechanism. The United States would like to raise concerns about human rights in Turkmenistan and Belarus.

We lack adequate information on many individuals who have been arrested by authorities and are held in state custody with no accounting for their fate or whereabouts. The United States repeatedly has raised concerns about prisoners who have not been allowed to communicate with the outside world for years, including our former permanent representative colleague at the OSCE, Batyr Berdiev. NGOs have documented numerous cases of individuals whose fate is still unknown.

The families of these individuals have no reliable information on their whereabouts, their health, or even whether they are dead or alive. They have a need – and deserve – to know the fate, health, and whereabouts of their loved ones. Turkmenistan authorities should provide information on, and unhindered access to, all prisoners and ensure that families have information on the whereabouts and well-being of their relatives, including their current place of detention and details of their custodial sentence.

The United States welcomes reports that activist Gulgeldy Annaniyazov’s family has been able to visit him in his current detention situation in Garabogaz. We hope that these reports are true and the Government of Turkmenistan will unconditionally release him from detention.

Authorities should facilitate access to medical care and legal counsel of choice for detained persons, including detained foreign nationals, and provide access for relatives and international monitors, as well as consular access to detained foreign nationals. We would like to acknowledge the Government of Turkmenistan’s assistance in arranging a joint EU-U.S. visit to the Tejen prison in November 2018. We hope that this visit is not a unique occurrence and the government will grant further unrestricted access to other detention facilities in the near future.

In 2011 the Moscow Mechanism was invoked to examine concerns regarding the demonstration on December 19, 2010 and the following crackdown on protestors, opposition leaders, journalists, human rights activists, lawyers, and civil society organizations by the government of Belarus. Individuals detained following those events have been freed, and many of what the rapporteur, Professor Emmanuel Decaux, described as “gross and systematic human rights violations,” have reportedly stopped. However, the government of Belarus still has not conducted an independent and impartial investigation of those events, restored full civil rights to former prisoners, and identified and brought to justice those responsible for reported enforced disappearances dating back to 1999 and 2000. We call on the government of Belarus to fully implement the recommendations of the Moscow Mechanism rapporteur.