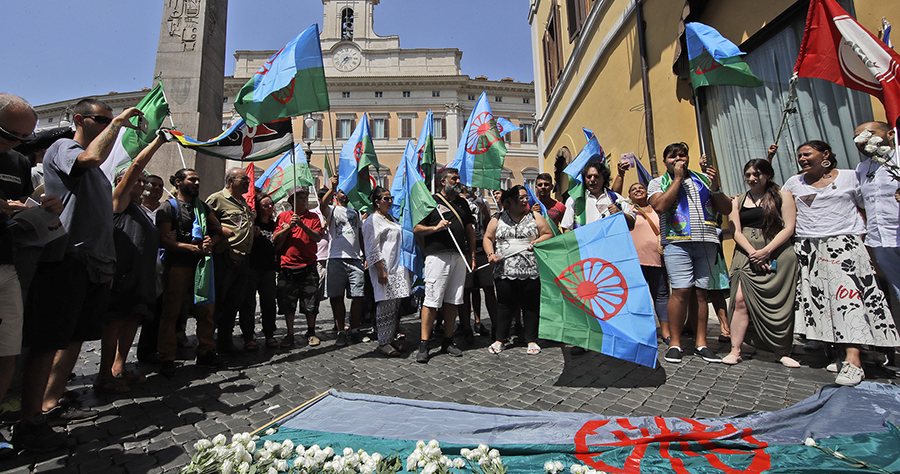 Working Session 9 – Tolerance and non-discrimination 2, Including Roma and Sinti Issues

As prepared for delivery by Harry Kamian,
Chargé d’Affaires of the U.S. Mission to the OSCE
Warsaw, September 14, 2018

I’d like to begin by welcoming Dan Doghi to his first HDIM in his role as Senior Advisor. We are glad to see you back in the OSCE.

It has been 15 years since the adoption of the Action Plan on Roma and Sinti. As a guide for the participating States, the OSCE institutions, and field missions, the Action Plan remains an important tool in our common effort to improve the situation of Roma. We are grateful to the Romanian government for the role it played in shepherding the drafting of the Action Plan.

There has been a great deal of progress since the OSCE first recognized, in the 1990 Copenhagen Document, the particular human rights problems Roma face. Yet, there is much more to do.

The United States is concerned by a spike in attacks on Romani communities in Ukraine, including the murder of David Popp in the Lviv region in June. Ukraine should work to ensure that the perpetrators of these attacks are brought to justice and that individuals or groups implicated in such violence are barred from receiving state funding. We also urge Ukraine to include Roma in policy-making processes such as the possible update to Ukraine’s 2013 strategy for inclusion, which runs through 2020.

The United States is troubled by an escalation in the calculated use of anti-Roma rhetoric for political purposes. It is an abhorrent tactic. As we have noted in other sessions at this meeting, we strongly support the work of ODIHR in forging diverse coalitions across generations and the region to combat hate crimes and counter intolerance of all kinds.

In 2000, the High Commissioner on National Minorities issued a seminal report examining the situation of Roma. I would like to revisit one recommendation in particular: the need to improve data collection to facilitate the work of policymakers. As the High Commissioner noted, this issue is fraught with ethical and legal challenges. The collection of ethnic data, for the census or other purposes, must be on a voluntary basis and respect individuals’ self-identification (consistent with Copenhagen Document para. 32).

National censuses are well-known as an aid in ensuring the principle of one-person, one-vote. Disaggregated data also are critical for identifying and addressing disparities in education, employment, health, and housing. The United Kingdom’s “Race Disparity Audit” is a useful tool to identify and develop effective strategies to reduce inequities.

Ultimately, it is up to participating States to act: to adopt, implement, and enforce comprehensive antidiscrimination laws; to investigate and prosecute hate-motivated violence; and to build a climate of tolerance. In these efforts, the OSCE can be a helpful partner.

Finally, I would like to note that next August will mark the 75th anniversary of the Nazis’ destruction of the so-called “Gypsy Family Camp” at Auschwitz, when the remaining 2,898 men, women and children imprisoned there were murdered. As we prepare for the anniversary, the United States underscores the importance of engaging closely with Romani youth groups throughout the OSCE region who will be involved in the commemoration.