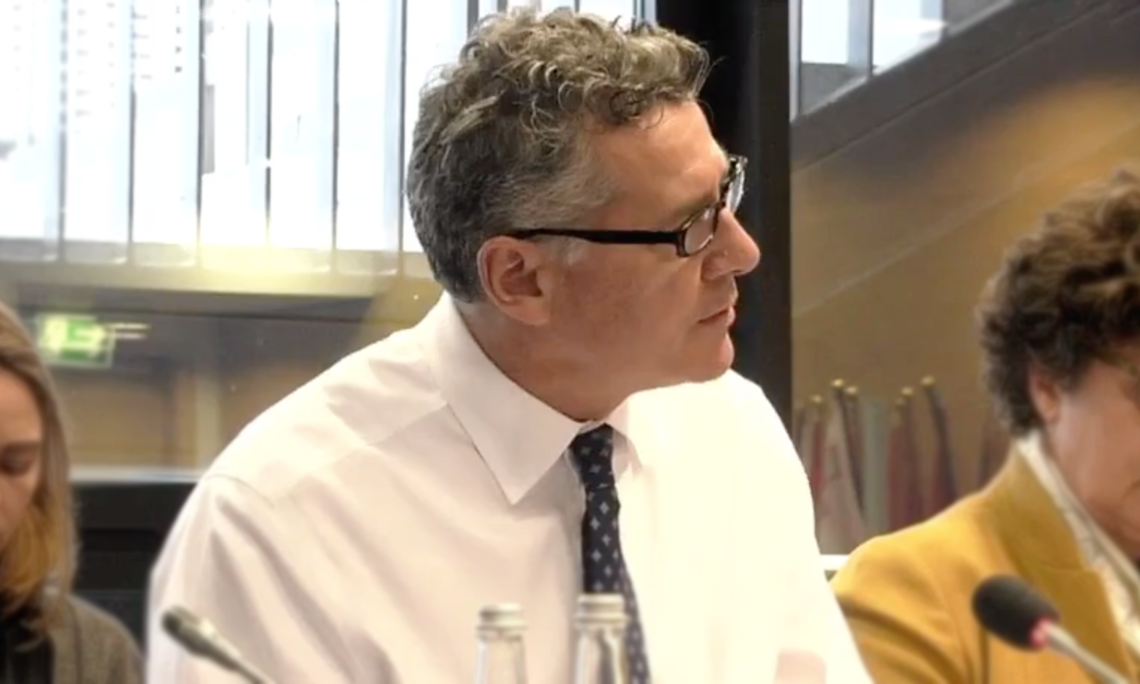 as prepared for delivery by Harry Kamian, Deputy Chief of Mission at the U.S. Mission to the OSCE
to the Human Dimension Implementation Meeting in Warsaw,
September 27, 2019

The past two weeks have demonstrated the breadth and seriousness of the human rights challenges we face across the OSCE region.  These HDIM discussions, including with non-governmental organizations, will help to inform the United States’ preparations for the Bratislava Ministerial.  We will focus in particular on practical ways to improve implementation of OSCE commitments.

No participating State bears more responsibility for the mistrust, insecurity, and human rights violations and abuses in this region than the Russian Federation, whose destabilizing actions constitute breaches of all ten Helsinki Final Act principles.

We and many others here have outlined the consequences of Russia’s occupation of Crimea and the mounting human costs of its continued aggression in eastern Ukraine.  Even after the recent detainee exchange, Russia holds dozens of Ukrainian political prisoners.  Ukrainian filmmaker Oleh Sentsov, who was among those released on September 7, puts it this way: “Without the aggression, there would not have been any prisoners.”  Russia continues its occupation of Abkhazia and South Ossetia, both parts of Georgia, and its military deployment in Transnistria without the consent of the Moldovan government.  The Kremlin conducts malign influence operations abroad while it abuses its citizens at home.

Many speakers highlighted the Russian government’s reprisals against human rights defenders, independent journalists, political opposition, members of ethnic and religious minorities, and those who do not conform to so-called “traditional values.”  Violence against the Kremlin’s perceived opponents is met with impunity. As the Moscow Mechanism Mission found, abuses in Chechnya are serious and systemic. The Kremlin either cannot or will not stop them. By detaining thousands who protested the exclusion of candidates from the Moscow municipal elections, Russia failed to meet its OSCE election commitments and to respect the will of its own citizens.  Russia continues to imprison over 280 political prisoners.

While we have been meeting here, on September 20, Russian authorities filed charges of “justifying terrorism” carrying up to 7 years in prison against RFE/RL journalist Svetlana Prokopyeva, in retaliation for her criticism of the Kremlin’s repressive policies.

Environmental activist from Krasnodar Andrei Rudomakha was unable to attend this year’s HDIM because he was banned from travel due to unpaid fines imposed under Russia’s restrictive “foreign agent” law.  Only last week, his NGO, the Environmental Watch of the North Caucasus, was smeared as a pedophile ring on a web site and posters plastered around the city.

As we and many others noted in our statements, there are serious human rights problems in other participating States.  Actions by Turkey have undermined the rule of law, resulting in unfounded convictions against U.S. citizens, U.S. locally employed staff, and tens of thousands of others.  Azerbaijan, Kazakhstan, Kyrgyzstan, Tajikistan, and Turkmenistan severely restrict civil society and media freedom, use anti-extremism laws to target dissenters and peaceful protestors, and hold political prisoners.  We look to Uzbekistan to move forward with its reforms and release the remainder of its political prisoners.

In insisting that States respect human rights, we do not seek to impose U.S. or “Western” values.  We are calling upon them to meet their own international obligations and OSCE commitments, which they entered into freely, and which often find reflection in their constitutions.

All of us have decried the rise in hate crimes across our region.  Everyone is born equal in rights and dignity, regardless of race, color, national origin, religion, gender, disability, sexual orientation, or identity.  We reject anti-Semitism and all other forms of hatred. To combat hate effectively, we must take a comprehensive approach, working in partnership with the private sector, faith communities, civil society, and OSCE experts.

The United States defends the independence and mandates of ODIHR and other OSCE institutions.  HDIM provides a platform for rigorous, open debate. ODIHR’s Code of Conduct should be stripped of content-based restrictions.  One does not have to agree with what a government or an NGO says in order to defend the right to say it.

The United States opposes attempts by governments to unduly restrict civil society participation in OSCE proceedings.  Prior to this HDIM, there were attempts to prevent certain NGOs from attending. During the sessions we saw the misuse of points of order to interrupt NGO speakers.  We also saw counterproductive attempts to flood these proceedings with government-organized NGOs to crowd out authentic voices. Governments that employ these “GONGOs” discredit themselves and the narratives they seek to advance.

The United States applauds the civil society activists who have come here to share your insights and recommendations.  You have deeply enriched our discussions.

Taking reprisals against civil society activists for participating in‎ HDIM is unacceptable.  We are concerned about reports that authorities in Tajikistan retaliated against activists and or members of their families in recent days.  We call on the Tajik government to cease these reprisals.

I thank Director Gisladottir and her team for organizing this meeting and the people and government of Poland for hosting us.