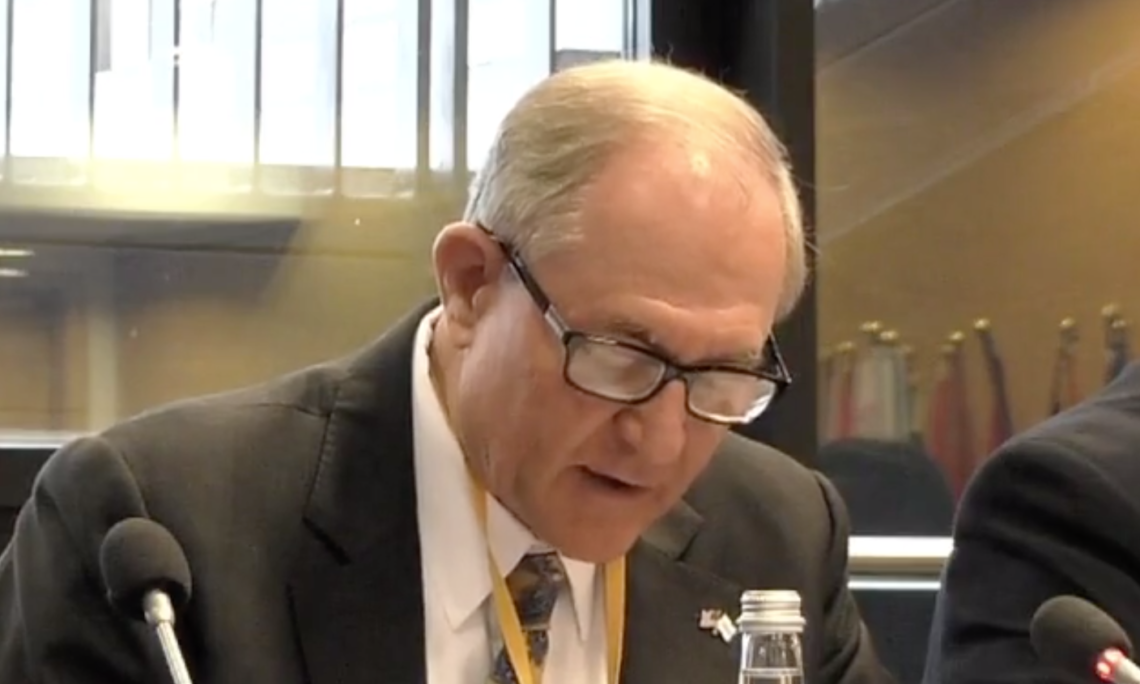 As prepared for delivery by Ambassador James Gilmore III, Head of delegation
to the 2019 Human Dimension Implementation Meeting, Warsaw,
September 24, 2019

Let me begin by expressing the United States’ deep appreciation for Ambassador Zannier’s work as OSCE High Commissioner on National Minorities.  The independence, objectivity, and professionalism he brings to this work are key to the success of the office. We welcome the High Commissioner’s visits to participating States to clarify allegations of discrimination, his efforts to strengthen diverse societies, and his Recommendations and Guidelines to policymakers designed to ease inter-ethnic tensions.  We commend Ambassador Zannier for honoring the students of the Bosnian town of Jajce with the 2018 Max van der Stoel Award for their efforts to combat segregation.

Despite robust OSCE commitments, the principled engagement of the High Commissioner, and the assistance of field missions, the human rights of persons belonging to national minorities are not fully respected throughout the region.

After seizing Ukraine’s Crimean peninsula by force in 2014, the Russian Federation has sought to “russify” the region by targeting Crimean Tatars and ethnic Ukrainians for repression.

Russia bans the representative body of the Crimean Tatars, or Mejlis, as a so-called “extremist” organization.  Russian authorities have prosecuted the Mejlis’ members for gathering and barred its leaders from returning to their ancestral homeland.  We welcome the September 7 prisoner exchange between Ukraine and Russia that resulted in the release of 35 Ukrainians and call on Russia to release all other Crimean Tatars and other Ukrainians it has unjustly imprisoned for their opposition to Russia’s occupation, including human rights defender Emir-Usain Kuku.  Under the occupation, there have been unsolved disappearances of over one dozen Crimean Tatars, including activist Ervin Ibragimov, who has not been seen since 2016 when he was forced into a van after his car was stopped by men in traffic police uniforms. Ibragimov’s father participated in last year’s HDIM to call attention to the occupation authorities’ refusal to investigate his son’s disappearance.  Russia also has closed or forced off the peninsula all independent Crimean Tatar and Ukrainian media outlets, reduced the availability of minority languages in schools, and refuses permission for public gatherings to mark events of cultural or historical significance to minority communities.

In the Russia-occupied regions of Georgia, South Ossetia and Abkhazia, ethnic Georgians face undue restrictions on their freedom of movement, property rights, and ability to participate in Georgian elections.  We call for a genuine investigation into the March 2019 death of Irakli Kvaratskhelia, who died in custody after allegedly crossing the administrative boundary line between Abkhazia and the rest of Georgia.  We also call for credible investigations into the deaths of Archil Tatunashvili, who was being held in custody in South Ossetia last year, and of Giga Otkhozoria, who was shot by border guards of the Russia-backed, self-proclaimed Republic of Abkhazia in 2016.

Although the OSCE and others in the international community have made significant efforts to promote democratic development and ethnic reconciliation in the western Balkans, ethnic intolerance and discrimination are rampant.

In Bosnia and Herzegovina, the discrimination is both systemic and societal.  The political structure codified in the Dayton Peace Agreement ensures power-sharing among the Bosniaks, Serbs, and Croats.  However, this system excludes from holding certain public offices individuals from ethnic minorities, those who want to proclaim their mixed heritage, and those who choose not to declare their ethnic identity.  The European Court of Human Rights as well as the Constitutional Court of Bosnia and Herzegovina have ruled this system inherently discriminatory, but the government has yet to make a serious effort at reform in the 10 years since the European Court’s decision.  Members of the Roma community in particular face discrimination in employment, education, healthcare, and housing.  Meanwhile, divisive rhetoric, ethno-nationalism, historical revisionism, and the glorification of war criminals are on the rise.  The system of “two schools under one roof” — which exists in some 50 schools in the Federation of Bosnia and Herzegovina — and the Republika Srpska’s introduction of a Serbian curriculum are sowing  ethnic division and mistrust among the next generation.

In Serbia we acknowledge the progress that has been made on strengthening respect for the human rights of members of minorities through the National Minority Councils, elected bodies with a mandate of protecting and promoting language, education, and culture.  However, much work remains to be done. Discrimination is prevalent. Most Roma live on the margins of Serbian society. Some Serbian officials regularly employ incendiary rhetoric that undermines the human rights of members of minorities by glorifying or minimizing wartime atrocities, jeopardizes reconciliation efforts, and seems intended to deepen ethnic divisions rather than improve inter-ethnic relations.  In July, Serbian parliamentarian Vladimir Djukanovic, from President Vucic’s own Serbian Progressive Party, tweeted his congratulations to the Serbian people on the anniversary of the so-called “day of the liberation of Srebrenica” and he thanked Ratko Mladic on the “brilliantly conducted military operation.” Let us be clear: Ratko Mladic was convicted of genocide for his role in the massacre at Srebrenica. Statements praising the operation should be condemned, not congratulated, as should efforts like that of Serbian Defense Minister Aleksandar Vulin to deny that what happened at Srebrenica was a genocide.

In neighboring Croatia, members of the Serb minority face various forms of discrimination and harassment, which are increasing.  Certain elements in society engage in historic revisionism that some officials and other segments of society fail to sufficiently condemn and correct, damaging social cohesion within Croatia and across the region.

In Kosovo, which should have a place at the OSCE table, members of the Serb, Romani, Ashkali, Balkan Egyptian, Turkish, Bosniak, Gorani, Croat, and Montenegrin communities face varying levels of institutional and societal discrimination in employment, education, social services, language use, freedom of movement, and other basic rights.   Pressure from Belgrade has discouraged Kosovo Serbs from taking advantage of opportunities for improved integration.

The United States is concerned that the Kyrgyz Republic uses security concerns, identified in Article 299 of its criminal code, to justify overly broad “extremism” restrictions on members of the ethnic Uzbek population.  This is part of the Kyrgyz government’s wider policy of ethnic discrimination, which restricts ethnic Uzbeks’ access to education and media in their native tongue. We deplore the continued detention of Uzbek activist Azimjan Askarov and call for his urgent release on humanitarian grounds given his deteriorating health.

Let me conclude by echoing the concerns voiced by the High Commissioner regarding increasing attempts by so-called “kin-States” to use minorities abroad as proxies.  It is acceptable for participating States to express concern for the human rights of persons belonging to minority groups in other countries, including those with whom they have affinities, but they should do so without ethnic double-standards, inflammatory rhetoric, or destabilizing intent.