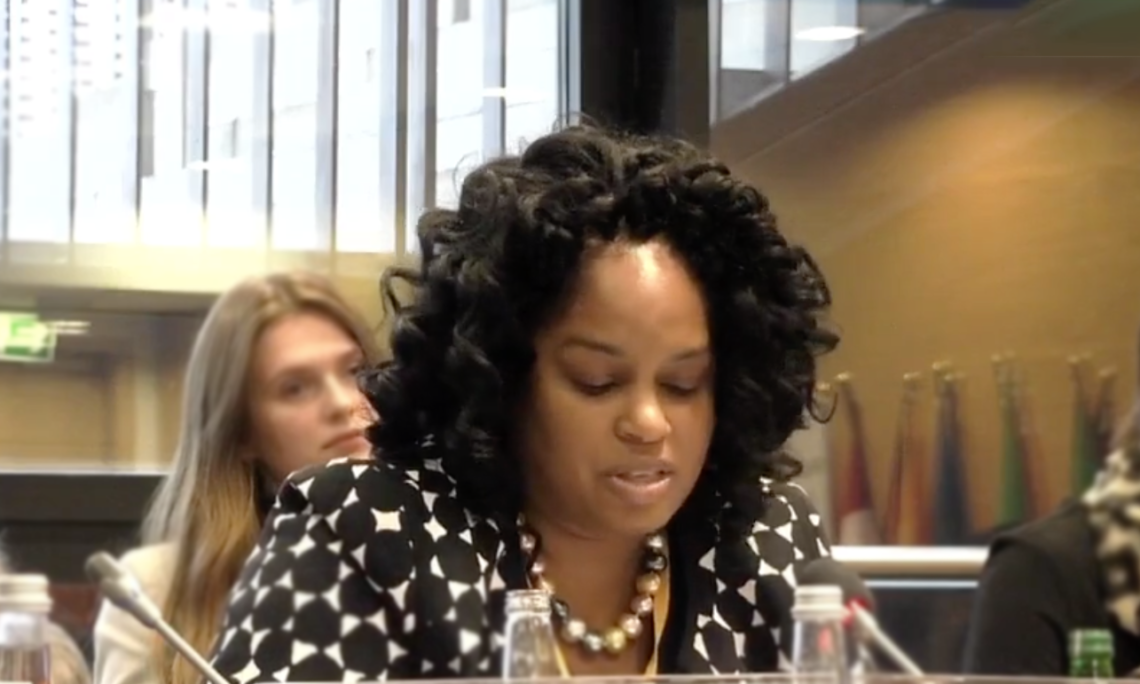 As prepared for delivery by Mischa Thompson
Director of Global Partnerships, Policy, and Innovation, U.S. Helsinki Commission
to the Human Dimension Implementation Meeting in Warsaw,
September 25, 2019

“In one voice, our nation must condemn racism, bigotry, and white supremacy.  These sinister ideologies must be defeated. Hate has no place in America.”

These were the words of President Donald Trump in response to the tragic August shootings in El Paso, Texas and Dayton, Ohio that resulted in the deaths and wounding of over eighty people.

In what appears to be a worrying trend, hate ideologies are becoming increasingly prevalent, fueling bias-motivated hate crimes and other violence by white supremacists, neo-Nazis, and others who believe “white” people are a dominant race losing its place and status in the world.  The consequences have been deadly throughout the OSCE region.

At the 2017 “Unite the Right Rally” which resulted in the tragic murder of Heather Heyer and injuries of many others by a motor vehicle, white supremacists chanted the slogan, “Jews will not replace us.”  A contender in the 2019 Danish elections held Quran-burning demonstrations in Muslim-majority neighborhoods.  The ultimately unsuccessful candidate declared “civil war is coming” and called for a ban on Islam and the deportation of the country’s more than 300,000 Muslims.

British parliamentarian Jo Cox’s murderer had ties to U.S.-based neo-Nazi groups and shouted “Britain first” as he shot and stabbed her in 2016, purportedly for her pro-migrant political stances.  German politician Walter Lübcke was assassinated in June 2019, and German Mayor Andreas Hollstein was stabbed in 2017, both targeted for their pro-refugee views.  We note the efforts of German authorities to investigate whether these crimes have ties to a larger network. In 2011, German authorities uncovered that a neo-Nazi group had, for over a decade, murdered and injured close to a dozen people they perceived to be migrants and police.  We are greatly concerned by the increase in hate-motivated violence towards political figures and note testimony from the U.S. Capitol Police before the Congressional House Administration Committee that cited more than twenty-five hundred cases of threats against Members of Congress this year so far.

All of these examples suggest a greater need for law enforcement cooperation that focuses on perpetrators of bias-motivated crimes within and across borders to enhance security throughout the OSCE region.

We support the OSCE program Building a Comprehensive Criminal Justice Response to Hate Crime, Turning Words Into Action, and other ODIHR projects which build the capacity of participating States to implement their tolerance and security commitments, in part by strengthening the activities of law enforcement and justice officials to address bias-motivated crimes.  With the growth of intolerance in the region, participating States must increasingly work together to address the problem.