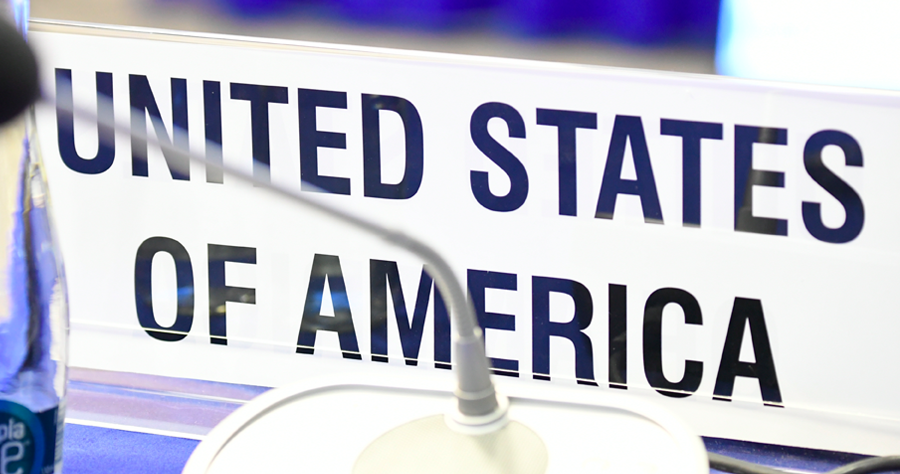 As prepared for delivery by Ambassador James Gilmore III, Head of Delegation
to the 2019 Human Dimension Implementation Meeting, Warsaw
September 17, 2019

The United States commends the OSCE for its work to advance free and fair elections through the joint efforts of ODIHR and the Parliamentary Assembly.  We are disappointed that some participating States have not fully implemented their commitments in this area.

In Russia and in Kazakhstan, restrictions on candidate registration and the freedoms of peaceful assembly, association, and expression limit the space for political engagement and result in a lack of legitimate competition.  The Russian Federation’s brutality against protesters demanding the registration of candidates they allege were wrongfully excluded from the September 8 municipal elections in Moscow only exacerbates the government’s failure to fulfill its OSCE election commitments.

In Kazakhstan, authorities arrested Asiya Tulesova and Beibarys Tolymbekov in April and sentenced them to 15 days in jail for holding up a banner urging free and fair elections.  The OSCE reported “significant irregularities” in the June presidential election, including “ballot box stuffing and a disregard of counting procedures [that] meant that an honest count could not be guaranteed.”  The assessment concluded that the process was “tarnished by clear violations of fundamental freedoms as well as pressure on critical voices.”

In Turkey, the ruling party’s outsized influence over the media and the use of terrorism and defamation charges to intimidate opposition politicians, independent journalists, and activists impinge on the fairness of elections in the country.

Last October’s presidential election in Georgia and the conduct of the campaign underscores the need for new measures to fight the abuse of administrative resources, ensure the neutrality of all electoral institutions, and guarantee the independence of the public broadcaster from undue political influence.  It is essential that there be a level playing field for the 2020 parliamentary elections, and we encourage the Georgian government to adopt as soon as possible ODIHR’ s recommendations for improving its electoral system.

The October elections in Bosnia and Herzegovina took place without long-overdue electoral reforms, primarily because of the insistence of some parties on maintaining, and in some cases even increasing, the legal significance of ethnicity in government and politics.  The United States calls for implementation of the decisions of the European Court on Human Rights regarding the Sejdic-Finci and related cases. The OSCE election observer mission, international observation teams, and local NGOs raised concerns about the electoral process, including the accuracy of voter registration rolls, impartiality of election observers, equitable access to media, and misuse of public resources.  We call upon the government of Bosnia and Herzegovina to implement the ODIHR’s recommendations following the 2018 national elections.

We agree with ODIHR’s assessment that the political standoff and polarization in Albania contributed to an election in June in which voters did not have a meaningful choice.  We note with dismay that the political gridlock in the country continues. Electoral boycotts, the abandonment of parliamentary mandates, and violent protests do not consolidate democracy; they undermine it.  Governance in Albania must be strengthened and corrupt practices eliminated, but these goals can be achieved only by working within the existing political system, not from outside of it. In advance of its Chairmanship, we encourage Albania to implement the essential electoral reforms recommended by the OSCE.

The United States is encouraged to see the collaboration between the government of Uzbekistan, ODIHR, and the Venice Commission on the adoption of a new electoral code in advance of parliamentary elections in December.

We hope that parliamentary elections in Belarus this November will more closely reflect OSCE standards, including an increase in the number of independent opposition party and civil society-nominated individuals to serve on precinct, district, and territorial election commissions.

Elsewhere in the OSCE region, there has been progress.  The United States commends Armenia for the conduct of its parliamentary elections in December and encourages authorities to continue advancing electoral reforms that strengthen trust in the integrity of the electoral system, remove gaps and ambiguities in electoral legislation, protect voters’ private data, increase political participation of women, improve accountability and reporting on campaign finance, support editorial independence of the media, and enhance precinct election commission training.  .

The April and May Presidential elections in North Macedonia were peaceful and competitive, and the outcome represented the will of the people.  While some problems persist, including the accuracy of the voter registry, the campaign was largely conducted in a free and open manner, allowing clearly differing views to be expressed.

We support the OSCE’s assessment of the March and April presidential and July parliamentary elections in Ukraine, which underscored Ukrainians’ commitment to democratic ideals. We welcome ODIHR’s preliminary findings that the elections took place with overall respect for fundamental freedoms, while noting that it identified some malpractices.

Ukraine achieved this positive outcome despite Russia’s ongoing aggression in eastern Ukraine and occupation of Crimea.

As in many other countries, the integrity of U.S. elections is increasingly threatened by malign foreign actions aimed at undermining our democratic system.  The Russian Federation engages in malicious meddling, including cyber hacking, in contravention of the laws of our country and those of other states, as well as OSCE principles.  We condemn Russia’s malign incursions and call for greater vigilance by participating States against such threats to democratic electoral processes and institutions.

The United States welcomed OSCE’s observation of our November 2018 midterm elections, and we appreciated the OSCE’s objective assessment of the free and competitive nature of our electoral system.  Election observation is one of the most effective, transparent, and methodical ways to promote democracy, which is why we take the OSCE’s recommendations seriously and encourage other participating States to do the same.