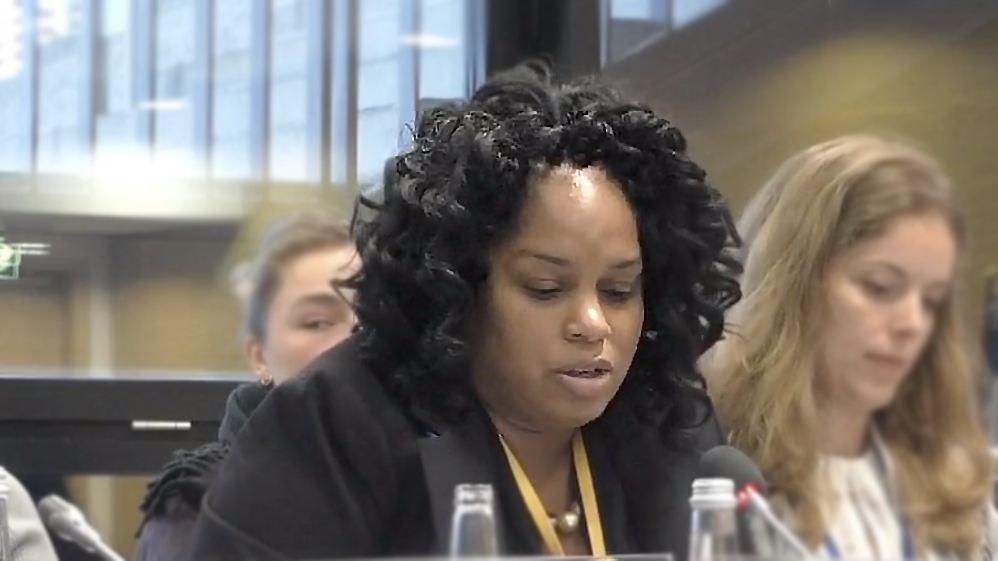 As prepared for delivery by Mischa Thompson
Director of Global Partnerships, Policy, and Innovation, U.S. Helsinki Commission
to the Human Dimension Implementation Meeting in Warsaw,
September 26, 2019

Moderator, every Human Dimension Implementation Meeting provides an opportunity to take stock of how far we have come and what challenges lie ahead.  We convene this special topic session 25 years after the OSCE organized its first seminar on the situation of Roma in the region. A great deal has changed; a great deal remains to be done.

The United States condemns all violence against Roma, including the mob attacks on Roma in Russia’s Penza Oblast in June, which led to the forced displacement of an estimated 1000 people.

We urge the government of Ukraine to hold to account those individuals responsible for last year’s attacks on Romani settlements in seven cities across the country.

Hate crimes can have a broader effect than most other kinds of crime. Hate crimes often target not just one victim, but also others like them. Hate crimes affect families, communities, and at times, the entire nation.  Mob attacks against Roma often lead to their forced displacement, which contributes to other problems, including access to education. Hate crime information submitted by OSCE participating States to ODIHR should include information about hate crimes committed against Roma.

We are troubled by a senior Bulgarian defense official’s proposal in February to target Roma for a reduction in their birthrate.  His proposal runs counter to Bulgaria’s most basic human rights commitments.  We are also troubled by a mob attack against Roma in April in Gabrovo, Bulgaria.

In early April, a mob attacked about 70 Roma, including children, in a suburb of Rome.  Proposals by Italian government officials to conduct an ethnic “census” of Roma can fuel a climate of intolerance.

We believe governments must do more to counter the corrosive effects of hate-mongering and protect members of their most vulnerable communities from bias-motivated crimes.  In France in late March, false kidnapping accusations against Roma circulated on social media and were associated with gang attacks on Roma in that country.  We commend the efforts of local French police, who issued statements to quell the inflammatory effects of this disinformation.

Unfortunately, there are instances when law enforcement may perpetrate bias crimes or use excessive force against members of the Roma community.  We note that the 2019 OSCE Parliamentary Assembly declaration adopted in Luxembourg “urges participating States to ensure that those who report hate crimes or the bias-motivated abuse of authority, including by law enforcement officials, do not face retaliation for doing so.”

Moderator, the United States supports the OSCE’s efforts to address specific issues affecting Romani women.  We are concerned by reports about a 2014 Slovak law that imposes financial penalties on new mothers who leave the hospital without permission and urge Slovakia to consider the law’s disproportionate effect on Romani women and potential for abuse.