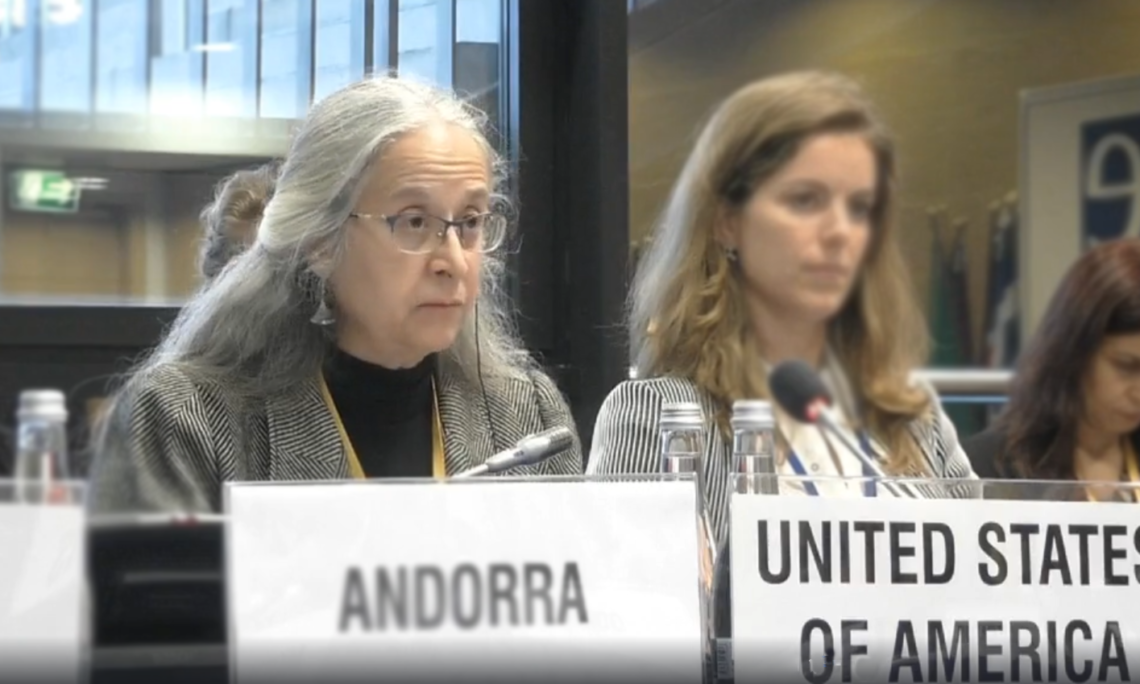 As prepared for delivery by Lynne Davidson, Senior Advisor, Bureau of Democracy, Human Rights, and Labor
to the Human Dimension Implementation Meeting in Warsaw,
September 26, 2019

Moderator, the tragic history of genocide and the ongoing bigotry that Roma face are important contributors to the poor living conditions and social challenges they face today.  In August, commemorating the 75th anniversary of the Nazi liquidation of the so-called “Gypsy Family Camp” at Auschwitz-Birkenau, Secretary of State Pompeo reaffirmed the United States’ “commitment to work for the dignity and equality of all Roma people, who continue to face discrimination, segregation, and marginalization” and called upon “all governments to take steps to combat intolerance against the Roma and to enable their full participation in civic and economic life.”

The need for greater knowledge about the genocide of Roma – the bigotry which fueled it and the serious social and economic consequences of continuing intolerance against Roma – is clear.  The United States commends the work of the U.S. Holocaust Memorial Museum for its role in promoting remembrance of the Holocaust and educating about the genocide of Roma, including through support for scholarship and research.  It is deeply disturbing that some public officials of OSCE participating States describe Roma in language that was used by the Nazis or by repressive communist regimes.

We applaud the International Holocaust Remembrance Alliance as it works to address issues relating to the genocide of Roma that reverberate to this day, affecting their daily lives.

The United States supports the Transatlantic Inclusion Leadership Network (TILN) of young elected leaders from diverse backgrounds, including Roma, which is dedicated to advancing inclusive policies and increasing social cohesion.  We are pleased that alumni from this program are here participating in HDIM.

The Swedish government’s widely praised report on abuses against Roma rightly observes that: “Knowledge is our weapon against prejudice and discrimination.”

As noted in the previous Working Session, political inclusion and empowerment of Roma are essential to overcoming social and economic barriers.

Finally, we welcome the release of the Third Status Report on the Implementation of the OSCE Action Plan on Improving the Situation of Roma and Sinti within the OSCE Area.  The report highlights progress in addressing barriers such as the lack of civil registration documents or related residence documents.