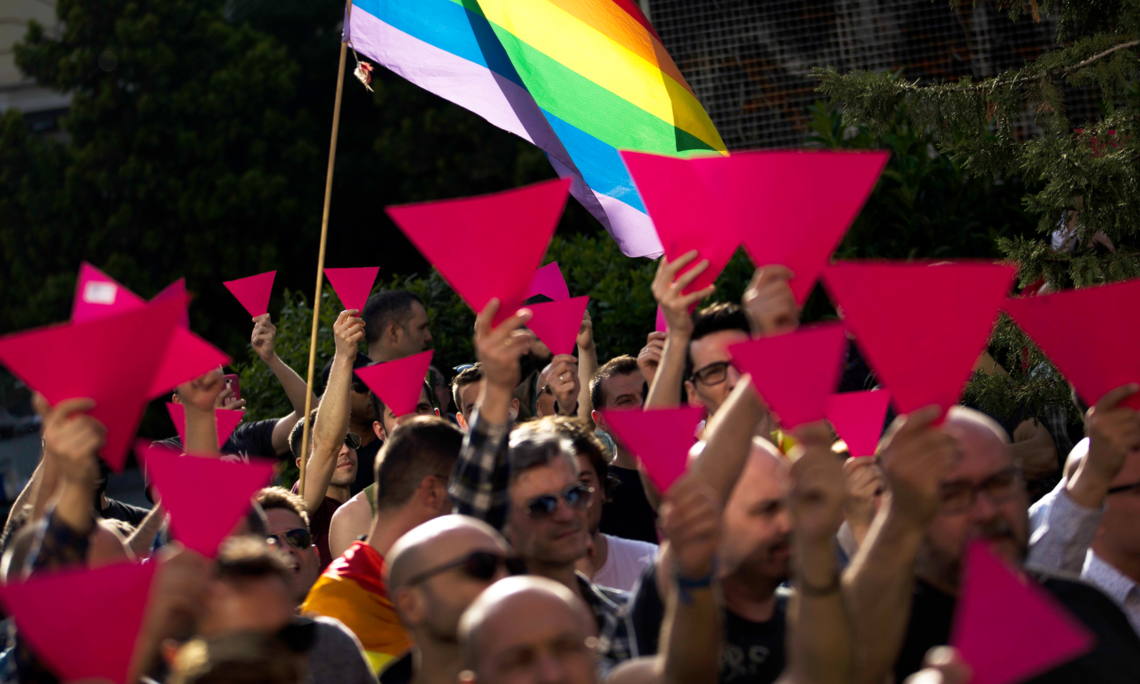 As delivered by Ambassador Natasha Cayer, Permanent Representative of Canada to the OSCE
to the Permanent Council, Vienna, Austria
August 30, 2018

I am delivering this statement on behalf of the following delegations: Denmark, Estonia, Finland, France, Germany, Iceland, Ireland, Latvia, Lithuania, the Netherlands, Norway, Sweden, the United Kingdom, the United States, and Canada.

Our countries continue to be deeply concerned about serious human rights violations and abuses in Chechnya. Numerous credible reports by media and civil society organizations over the past 20 months have alleged worrying actions taken by Chechen authorities against persons based on their perceived or actual sexual orientation or gender identity, as well as human right defenders, lawyers, independent media, civil society organizations, and others. These actions include harassment and persecution, arbitrary or unlawful arrests or detention, torture, enforced disappearances and extrajudicial executions. The Russian Federation’s apparent unwillingness or inability to address these serious human rights violations has contributed to a climate of impunity for authorities in Chechnya in perpetrating such violations.

Our delegations, as well as many others at the Permanent Council, have repeatedly raised concerns about these violations over the past 20 months. The Russian Federation’s response has been inadequate. Therefore, our countries are today invoking Russia’s commitments under the Vienna (Human Dimension) Mechanism to respond to our concerns.

Before providing the concrete questions through which we are requesting Russia’s response under the Vienna Mechanism, we would like to reiterate the concerns that have been expressed at the Permanent Council and raise a number of concrete examples that demonstrate Russia’s failure to uphold its OSCE commitments.

Our countries have raised well-documented accounts that suggest that Chechen authorities have been involved in arresting, detaining, torturing and killing people based on their perceived or actual sexual orientation or gender identity, as well as in suppressing information about these violations and abuses. Furthermore, Chechen authorities have condoned violence against these individuals and reportedly encouraged families to commit “honor killings”. At the same time, journalists and human rights defenders face threats and reprisals by local Chechen authorities for documenting these and other violations and supporting the survivors.

Russian Justice Minister, Anton Konovalov, stated in May at Russia’s UN Universal Periodic Review that the federal government’s preliminary investigation “showed that there were not any such incidents. There weren’t even representatives of LGBTI in Chechnya. We weren’t able to find anyone.” This claim stands in stark contrast to the detailed accounts of multiple survivors contained in NGO and media reporting, including Maxim Lapunov who bravely came forward to publicly share his account of torture and ill-treatment by Chechen security officials. Instead of providing answers, Minister Konovalov’s statement only raises more questions about the seriousness of Russia’s investigation into these events.

In addition to the reports of abuses against LGBTI individuals, we also remain concerned about the continued detention of Oyub Titiev, Director of the regional office of the human rights organization, Memorial, in Grozny. As we have explained multiple times to the Permanent Council, Mr. Titiev’s arrest appears to be in retaliation for his work documenting human rights violations and abuses in Chechnya and his organization has been targeted in recent months, including threats and arson attacks in neighbouring Ingushetia and Dagestan. We understand that authorities have refused to transfer the case outside of the Chechen Republic, where it has been investigated by the very agencies that are accused of having fabricated evidence. We are therefore deeply concerned that Mr. Titiev is not receiving a fair trial.

There have also been troubling reports of extrajudicial executions of 27 men in January 2017 in Grozny. None of these men appear to have been formally charged with a crime, but were reportedly detained by government authorities in connection with local Chechen authorities’ investigation of a terrorist attack. While Chechen Press Minister Dzhambulat Umarov called these reports “disinformation”, NGOs were able to corroborate the fact that at least 13 of these individuals had been detained by Chechen police and had subsequently disappeared.

Over the past year and a half, we have on numerous occasions raised these concerns in the Permanent Council and called on the Russian Federation to ensure that all individuals in Chechnya are afforded the human rights protections enshrined in Russian law, including the Russian constitution, and in Russia’s international human rights obligations and commitments. We have repeatedly called on the Russian Federation to conduct prompt, effective, and thorough investigations into these credible reports, in order to ensure that anyone responsible or complicit is brought to justice. Furthermore, we have invited the Russian Federation to keep the Permanent Council informed of the status of any investigations, regional or federal, including by providing answers to specific questions.

Over the past 20 months, the Russian Federation has not provided a substantive response. The Russian delegation has denied credible reports from international organizations, journalists and civil society, telling concerned delegations at the OSCEs to “get our facts straight” and accusing us of spreading fake news from the Internet. We are concerned that the lack of action by the federal authorities contributes to the climate of impunity in the Chechen Republic.

For these reasons, and in accordance with the Russian Federation’s OSCE commitments under the Vienna (Human Dimension) Mechanism, we request concrete information concerning the following matters:

1. What steps have been taken by the federal authorities to ensure Chechen officials abide by the Russian Federation’s OSCE commitments?

2. How have Russian federal authorities investigated allegations of violations and abuses reportedly committed against actual or perceived LGBTI persons, and how have they arrived at the conclusion (as repeated by Russian authorities) that no such violations or abuses have occurred and that no LGBTI persons exist in Chechnya?

3. What steps have been taken by the federal authorities to ensure the ability of civil society and media actors to freely document and report, without reprisal, on human rights concerns in Chechnya, in particular the human rights organization, Memorial?

4. How have Russian federal authorities investigated the fate of each of the 27 individuals who were reportedly extrajudicially executed by Chechen authorities in Grozny in January 2017?

We expect to receive information in response to these serious concerns in writing within 10 days, in accordance with the Vienna (Human Dimension) Mechanism.