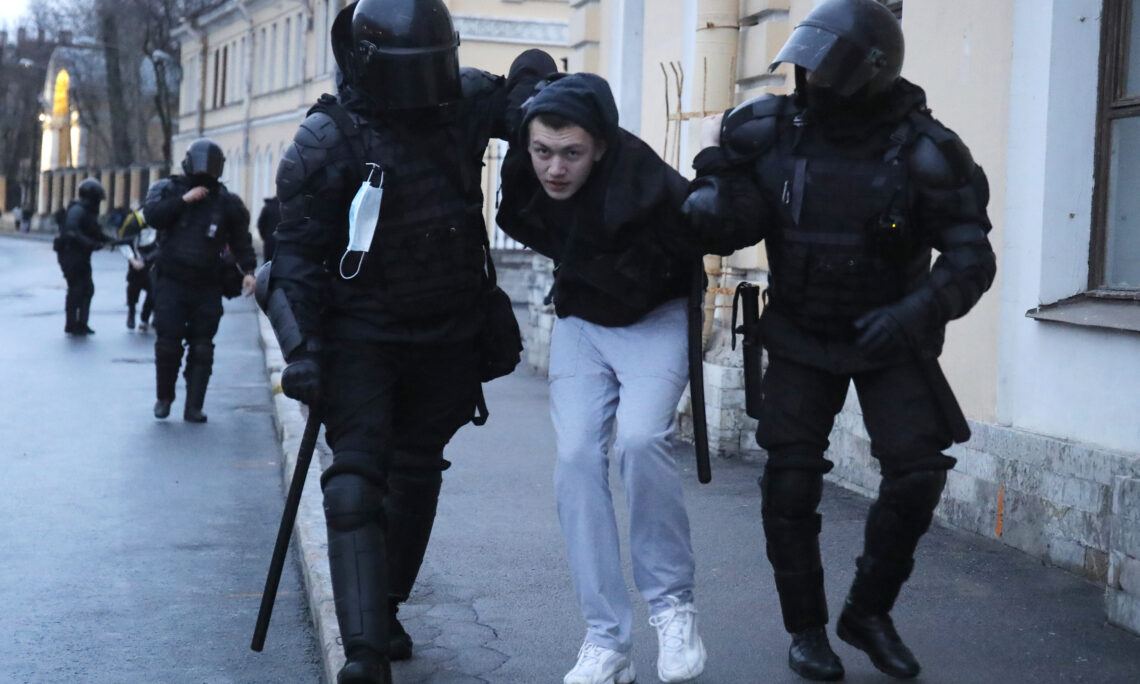 The government of Russia continues to disregard its international obligations and OSCE commitments to respect and ensure the rights to freedom of expression, peaceful assembly, and association.  As those in this chamber are well aware, these protections apply to the exercise of such rights online as well as offline.

Peaceful protests on April 21 in support of imprisoned political activist Aleksey Navalny were preceded by the preemptive nationwide detention of activists and journalists and raids on their homes and offices, often simply for having referenced the demonstrations in social media posts or distributing pamphlets.  A civic activist in the city of Perm reported being severely beaten by law enforcement before his detention.  Authorities detained more than 1,900 people in connection with the peaceful protests, including over 800 in St. Petersburg alone, and they continue to bring additional charges against those who participated as demonstrators or covered the demonstrations as journalists.

Mr. Navalny remains unjustly incarcerated for his activism.  We are gravely concerned for his health and demand his immediate release.  The United States and the international community hold Russia’s authorities accountable for his well-being.  Meanwhile, Mr. Navalny’s supporters across Russia face an escalating wave of targeted repression.  Coordinators of his regional offices were subject to systematic harassment and detention in the days prior to the protests.  On April 26, a closed court ordered Mr. Navalny’s nationwide network of offices to suspend their activities pending a decision on whether to designate them as an “extremist” organization.  By so doing, Russian authorities are effectively poised to criminalize affiliation with one of the largest political movements in the country.  Volunteers, donors, and staff could face imprisonment and fines just for exercising their freedoms of expression and association.  The April 30 arrest of Mr. Navalny’s lead lawyer, Ivan Pavlov, is another clear example of disregard for the Rule of Law in Russia.

The intimidation and repression of independent journalists and media outlets in Russia continues unabated.  Engaging in investigative journalism is particularly dangerous, as evidenced again by the recent raid on the outlet iStories.  The April 14 arrest of, and spurious charges against, four young editors of the journal DOXA shows that even student publications are not safe from repression.  Russia’s Ministry of Justice also recently added the project First Anti-Corruption Media and the Latvia-based news outlet Meduza to its register of so-called “media foreign agents,” imposing burdensome labeling requirements in an effort to stigmatize their reporting.  And we raise in this forum again our deep concern about the continuing harassment of outlets affiliated with the U.S. Agency for Global Media following Russia’s designation of these outlets as “media foreign agents.”

We again call on Russian authorities to end the campaign of suppression against independent voices and to honor its obligations and commitments to uphold human rights and fundamental freedoms, including the rights to freedom of expression, peaceful assembly, and association.