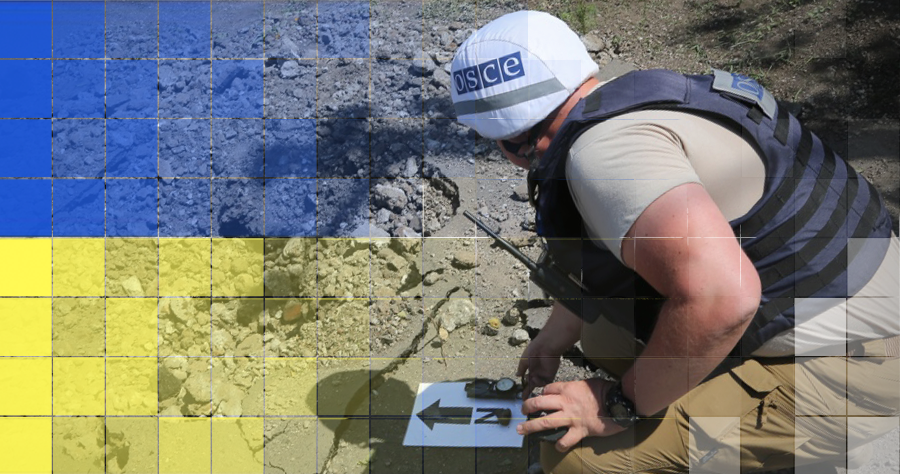 Thank you, Mr. Chair, and thank you very much for the warm welcome.

Mr. Secretary General, the United States warmly welcomes you to the Permanent Council and congratulates you on your appointment. It is noteworthy that your OSCE experience includes serving as Chairperson of the Permanent Council in 2014, a sobering year that marked the start of Russia’s aggression against Ukraine. More than three years after that crisis began, Russian aggression against its neighbor remains the greatest challenge to security in Europe and Eurasia. Russia’s attempts to change Ukraine’s borders by force threaten the safety and security of all OSCE participating States.

Ukraine is and will remain the OSCE’s number one priority. We join other participating States across the OSCE region in holding the Russian Federation accountable for its aggression against Ukraine, and for continuing an unprecedented campaign of harassment and intimidation, including outright attacks, against the Special Monitoring Mission (SMM) by forces that Russia arms, trains, and fights alongside.

As you know, Mr. Secretary General, such threats are just some of the security challenges the mission faces every day, which also include landmines and unexploded ordnance, the risk of getting caught in crossfire, and many other hazards. The OSCE should offer full transparency into the security risks the SMM faces. Mr. Secretary General, in this regard, we look forward to learning soon about the investigations into the April 23 death of American mission member Joseph Stone, as well as the actions the OSCE will take in response to their findings.

To be truly effective, the SMM first and foremost must have full, safe, and unhindered access throughout the entire territory of Ukraine, including Crimea and the full length of the border between Ukraine and Russia, in accordance with its mandate. It is also long overdue for the Russian Federation to lift its counterproductive restrictions on the Observer Mission at the Russian Border Checkpoints Gukovo and Donetsk and allow the mission to have access to all areas along the border with Ukraine outside of government control.

Mr. Secretary General, we share your view that the OSCE and its institutions and field missions must be responsive and must be flexible. In this regard, the OSCE also needs to be much more nimble in Ukraine. While the SMM may have deployed in record time at the outset, the Mission’s operations and growth have been hampered since by slow procurement and recruitment bottlenecks. All too often, Mr. Secretary General, the monitors have performed with insufficient logistical support, or the means to use and maintain the technology that is so vital to monitoring the ceasefire and commitments to withdraw proscribed weapons. Addressing these shortcomings should be among your top priorities as Secretary General. Thus, the United States welcomes and endorses the point that you just made, sir, that the Organization must be fit for its purpose.

OSCE field operations, including the SMM, must not only recruit the best and brightest, but also provide their people the support necessary to succeed in the field. The United States is very concerned about the long-term, steady decrease in the number of women serving in the SMM. I applaud your commitment to gender equality, and we call on you to ensure that men and women have equality of opportunity within this Organization, and expect that you will ensure that any instances of discrimination and sexual harassment are addressed swiftly and effectively.

Mr. Secretary General, the United States looks forward to Ambassador Apakan’s informal briefing to participating States on September 4. We hope the report will include, among other items, specific plans the SMM will take to strengthen internal management and coordination, and in this regard I very much welcome your commitment to the same principles. The United States remains a steadfast supporter of the SMM and you can count on us to continue to work with participating States and with you to support the SMM in this crucial mission for the OSCE.

But as you know, and some of my colleagues have mentioned, the SMM is not the only field mission under pressure. The United States laments this week’s closing of the OSCE Office in Yerevan, which joins three other field missions that were forced to close within the last six years. Elsewhere, other field missions have seen their mandates greatly restricted. While there is no way to compensate fully for the loss of an OSCE field presence, you should ensure that the resources and mandates of all existing field presences are used to their fullest extent. All OSCE structures should consider how to strengthen their activities wherever they are needed most, even where no field presence exists, and do so, as you pointed out, across all three dimensions in a highly integrated fashion.

OSCE commitments in the areas of human rights and democratic institutions, economic and environmental issues, and political-military aspects of security, are mutually reinforcing. Human rights violations and abuses are often the first sign of instability and a harbinger of violence, and economic and environmental cooperation can build confidence even in the midst of conflict. Achieving the Organization’s highest priorities requires cross-dimensional approaches, as you correctly noted, such as countering violent extremism and trafficking in persons. Mr. Secretary General, we urge you to follow through on the commitment that you just made to us today to work with the OSCE heads of institution to ensure that all parts of the organization are working together, and not in competition with each other.

Your focus, Mr. Secretary General, on strengthening and leveraging partnerships is well-placed, and the United States strongly endorses it. The OSCE has made a lasting contribution in forging partnerships under your predecessor, and engaged civil society and the private sector to achieve a multiplier effect on the OSCE’s outreach and impact. Unfortunately, Mr. Secretary General, some participating States sought to buck this trend and tried to proscribe OSCE engagement with others, particularly civil society. In doing so, they rejected suggestions, such as live-streaming the Permanent Council sessions, to make the OSCE more transparent. Secretary General, we encourage you to stand firm and take up these important, unfinished efforts of your predecessor to enhance the OSCE’s partnerships.

As you stated in your opening statement, this organization is founded on the basis of guiding principles. Only through adherence to these principles and implementation of the commitments that elaborate them can we achieve the goal of comprehensive security. Deviating from this course in pursuit of political expediency would only undermine the Organization’s very reason for being. We expect that you, as Secretary General, will lead the Organization in a manner fully in line with those principles and commitments, starting with those set forth in the Helsinki Final Act, and we appreciate that you highlighted the importance of this in your opening statement.

Finally, Mr. Secretary General, the United States once again congratulates you on your appointment. It’s important for you to know from the outset that you have our full support as you strive to strengthen this Organization on the basis of the principles which you outlined. You have a tremendous resource: the talented and dedicated staff at the OSCE who are serving throughout the Secretariat and field missions. The United States looks forward to working with you, and wishes you every success in your new office.