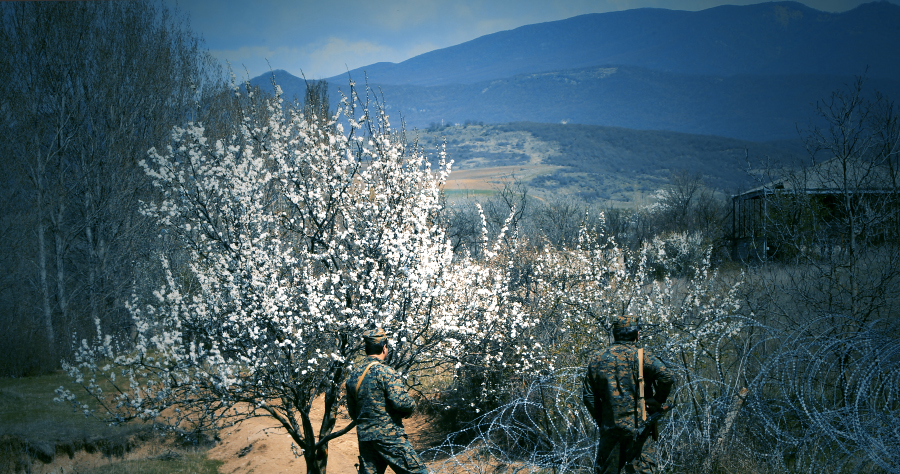 The United States is deeply troubled by reports that Russian-led security actors have resumed aggressive, intensive “borderization” activities along the administrative boundary line of the Russian-occupied Georgian territory of South Ossetia, near the village of Takhtisdziri.  I am even more alarmed that these actions were undertaken during the Orthodox Easter weekend and against the backdrop of the global pandemic crisis. The posting of so-called “border” signs on a non-existent border and demands that Georgian security forces vacate the area increase tensions and undermine Georgia’s sovereignty and territorial integrity. We condemn these and all actions by the de facto authorities in South Ossetia that aggravate tensions and distract from urgent efforts to safeguard the lives and health of local populations.

We call for an immediate halt to the construction of any signs, structures, fencing, or barriers intended to reinforce or expand the illegal “borderization” of the administrative boundary line.  Russia’s illegal “borderization” activities and crossing point closures have a detrimental effect on the populations living in Georgia’s occupied territories.  Since September 2019, a number of people have needlessly died because the Russian-led de facto South Ossetian authorities did not allow those Georgian citizens to cross the administrative boundary line to seek medical help. Three people have reportedly died this very month.

We once again call on Russia to end its illegal occupation of 20 percent of Georgian territory and fulfill its obligations under the 2008 ceasefire agreement to withdraw its forces to pre-conflict positions.  We also call on Russia and the de facto authorities to immediately allow unfettered access for the delivery of humanitarian assistance and for access for international monitors to the occupied Georgian territories of South Ossetia and Abkhazia.