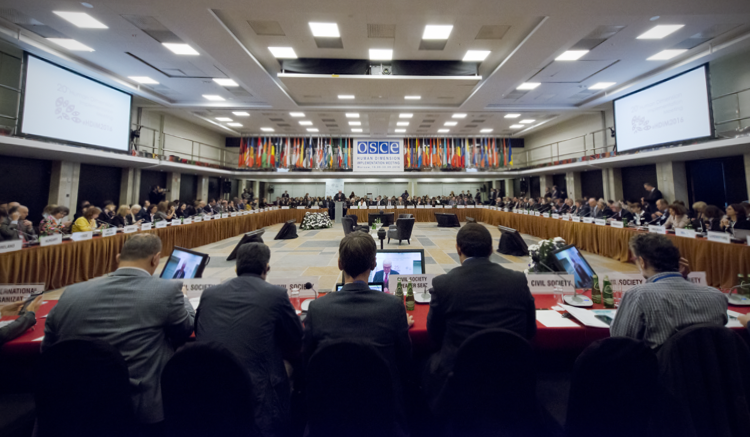 In signing the human rights covenants in 1977, former President Jimmy Carter observed that the Covenant on Civil and Political rights “states explicitly that there are sharp limits on its own powers over the lives of its people.” The Covenant on Economic, Social and Cultural Rights, meanwhile, “recognizes that governments are the instruments and the servants of their people.”

In voting in favor of both Covenants, the representative of the United States made clear that “Only when we have achieved universal respect for human rights will we be in a position to ensure world peace…. . We recognize the importance of each of the rights specified in these Covenants whether they be in the nature of goals for progressive achievement, as in the International Covenant on Economic, Social and Cultural Rights, or of obligations which States undertake to respect and ensure immediately upon becoming Parties, as in the International Covenant on Civil and Political Rights. . . .”

Because we take our international obligations and commitments very seriously, our country is one of the strongest supporters of the Universal Periodic Review Process. We have put in place a process involving working groups across our government to advance implementation of accepted recommendations from our most recent UPR report in September 2015. We accepted, in whole or in part, over 75% of those recommendations we received. The topics covered by the six working groups range from Civil Rights to Economic, Social and Cultural issues to migrants and labor. These working groups have been tasked to hold at least one dedicated civil society consultation every 1-2 years, and to incorporate human rights into other discussions and engagements with civil society.

We do not enter into our international obligations or commitments lightly. We strive to fulfill them with purposeful actions.

Here at HDIM and throughout the year, we welcome honest discussion with fellow participating States and members of civil society about our domestic human rights challenges. We value the work and respect the independence of OSCE institutions and special representatives, whether or not we agree with particular findings or recommendations.

Our elected officials and system of government are not infallible, but they are accountable. For example, voter identification laws have been a topic of intense debate in the press and public. In July, our Department of Justice secured a victory for voting rights at the U.S. Court of Appeals. The court held that a state photographic voter identification law violated the Voting Rights Act.

In August, the Department announced the results of its investigation into the Baltimore Police Department, concluding that that it had engaged in a pattern or practice of serious violations of the U.S. Constitution and federal law. As a result, the city and the department entered into an agreement to work together, with community input, to create a federal court-enforceable consent decree addressing the deficiencies found during the investigation.

The successes and shortcomings of our society are there for all to see. Our robust civil society, our free press, and the built-in corrective of our three independent branches of government help keep us on track towards our Founding Fathers’ vision of a “more perfect union.”   Our people are profoundly aware that as a society we still have a great deal of work to do involving all levels of government.

Experience has shown that societies become more resilient, inclusive, and tolerant, innovation spurs growth and prosperity, and change tends to be peaceful when the following conditions are present: