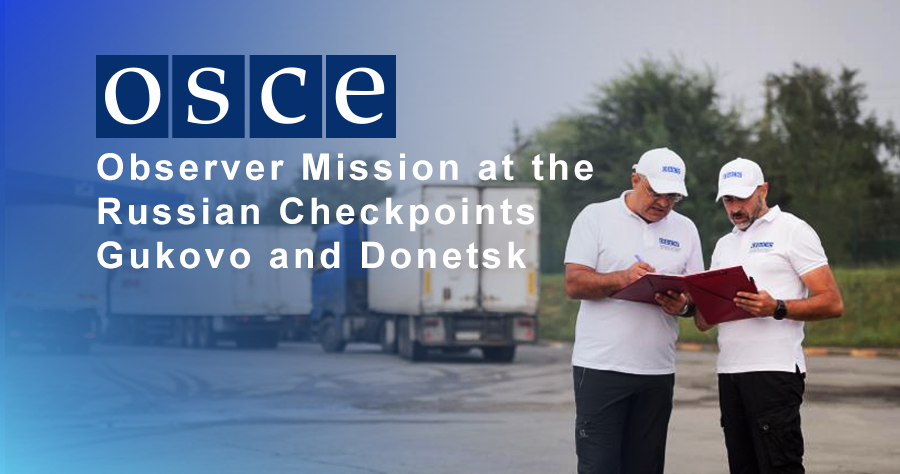 Interpretative Statement on the Border Observation Mission in Ukraine

In connection with the adoption of the decision for the extension of deployment of OSCE observers to two Russian checkpoints on the Russian-Ukrainian border, the United States would like to make the following interpretative statement under paragraph IV.1(A)6 of the OSCE Rules of Procedure:

The United States on numerous occasions expressed regret over Russia’s continued blockage of efforts to expand the geographic scope of the OSCE Observer Mission at the Russian Checkpoints Gukovo and Donetsk, despite clear and continued support from other participating States to do so.  The participating States have been forced to accept a limited-scope mission covering just two border checkpoints, which together account for only a few hundred meters of the 2,300-kilometer Russian-Ukrainian border, much of which Ukraine does not control.

The mission’s purpose is to build confidence through increased transparency by observing and reporting on the situation at these checkpoints, including movements across the international border between Ukraine and Russia.

In May, Russia chose to block the standard four-month extension of the mandate for the mission, instead reducing the mandate period to two months thereby further adding  administrative complications which hamper the Mission’s ability to fulfill its already too-limited mandate.  To ensure continued operation of the mission, the United States reluctantly joined consensus on this decision and will do so for a second time.  However, we note our strong opposition to this reduced mandate period, while we voice continued strong support for Ambassador Varga, his staff, and the mission they fulfill.

We note that Point IV of the Minsk Protocol delineates a clear role for the OSCE to monitor and verify both sides of the Russian-Ukrainian international border, and to create a security zone in the border areas of Russia and Ukraine.  There are strong linkages between ceasefire monitoring and border monitoring, and it is to the detriment of all efforts to resolve the conflict that the OSCE approach to these activities has been impeded by one participating State.

Russia’s long-standing efforts to hinder the work of this Mission and to prevent the expansion of its scope are a clear demonstration of Moscow’s unwillingness to take its Minsk commitments seriously.

We cannot see any value in shortening the mandate, which runs counter to Russia’s oft-professed goals of increasing OSCE’s cost-effective operation.  Russia’s shortened mandate sends an unproductive signal and raises questions about Russia’s goals and intentions at a time when we all see value in deescalating tensions in the region and more broadly.

Mr. Chairperson, I request that this interpretative statement be attached to the decision and to the journal of the day.