Home Home | News & Events | Invitation to Observe the November 8 General Elections in the United States: Statement at the PC 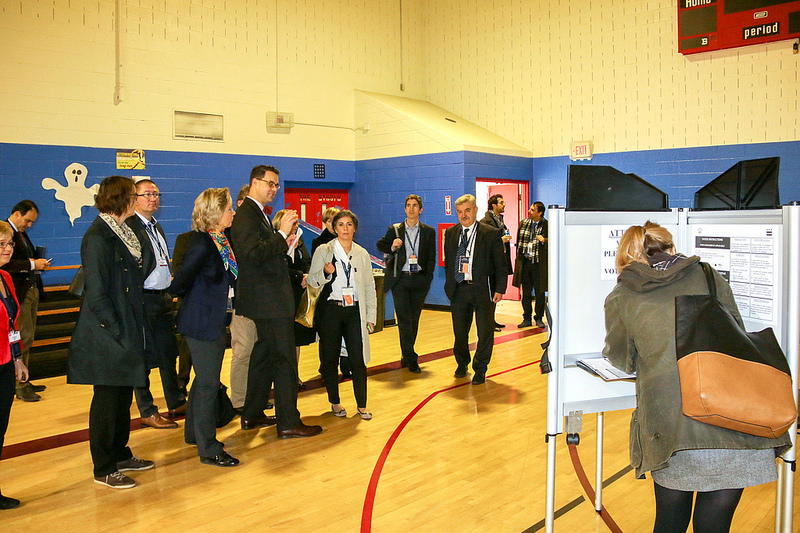 On November 8, 2016, millions of American citizens will exercise their right to vote in the U.S. general elections. Americans will cast their ballots in the Presidential election, as well as the Congressional elections in which a total of 469 seats in the U.S. Congress are up for election. In addition, they will vote to fill state executive offices in 22 states, as well as many seats for state legislators, city mayors, and other officials.

The promotion of free and fair elections is a cornerstone of our shared OSCE commitments. In Copenhagen in 1990, the participating States’ expressed their “determination to build democratic societies based on free elections and the rule of law.”  More recently, at the Brussels Ministerial in 2006, participating States committed to “invite observers to elections from other participating States, the ODIHR, the OSCE Parliamentary Assembly and appropriate institutions and organizations that wish to observe.”

In keeping with our commitments, I am pleased to report that the United States government has sent letters to the OSCE Parliamentary Assembly and the OSCE Office for Democratic Institutions and Human Rights inviting them to observe our November general elections. We have also invited ODIHR to conduct a Needs Assessment Mission in preparation for a possible OSCE observation mission.

Within the U.S. federal system, the responsibility for organizing elections rests with state and local governments. The Department of State will therefore assist ODIHR, the Needs Assessment Mission, and subsequent election observation mission in their efforts to contact elections officials throughout the United States in connection with its organization of elections observation.

The United States greatly values the OSCE’s important work promoting free and fair elections throughout the OSCE region. We welcome OSCE observation as an opportunity to demonstrate the United States’ dedication to fulfilling our OSCE commitments.