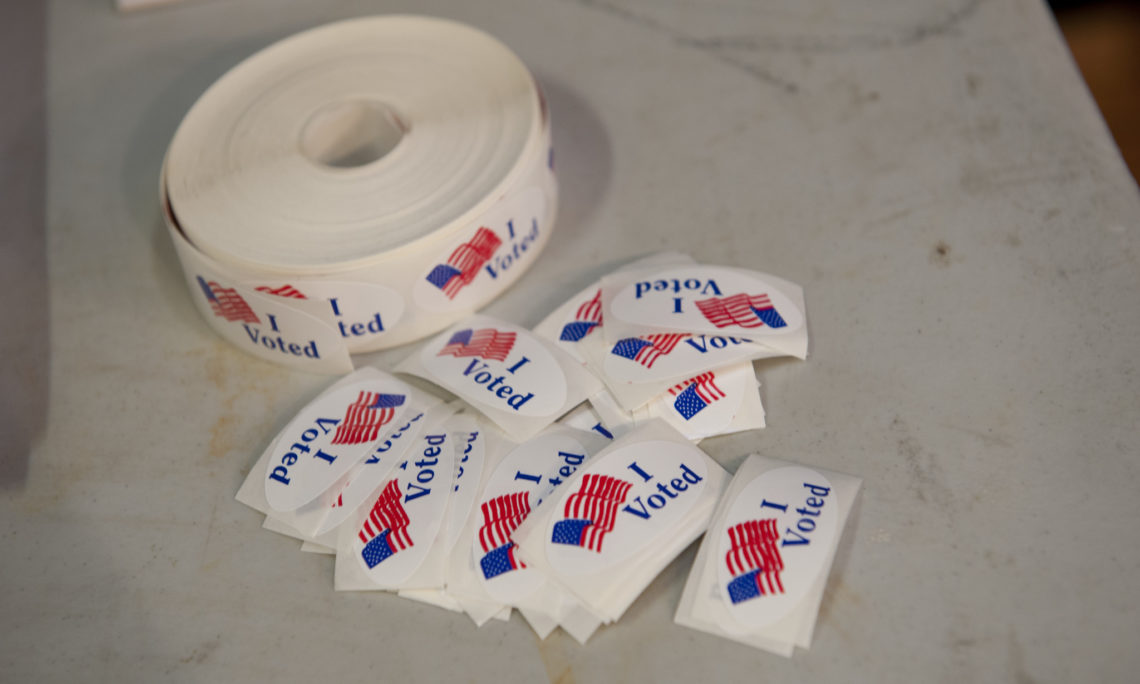 Voting stickers on a table. Photo by: U.S. Department of State (IIP Bureau)

As delivered by Chargé d’Affaires Michele Siders
to the Permanent Council, Vienna
April 12, 2018

On November 6, millions of Americans will exercise their right to vote in mid-term elections. They will elect all 435 members of the U.S. House of Representatives, 35 U.S. Senators, 36 state governors, as well as many state legislators, city mayors, and other officials.

On behalf of the United States Government, I wish to take this opportunity before the Permanent Council to extend an invitation to OSCE participating States to observe these elections.

We are proud of our democratic institutions, and we welcome the observation of U.S. elections. We have sent letters to the OSCE Parliamentary Assembly and the OSCE Office for Democratic Institutions and Human Rights (ODIHR) inviting them to do so. We also have invited ODIHR to conduct a Needs Assessment Mission to the United States in preparation for a possible OSCE observation mission.

Within the United States’ federal system of government, the responsibility for organizing elections rests with state and local governments. The Department of State therefore will facilitate the Needs Assessment Mission and election observation mission, and assist ODIHR in its efforts to contact state and local elections officials throughout the United States to facilitate the OSCE’s election observation.

The United States places a high value on the OSCE’s important work promoting free and fair elections throughout the OSCE region. We welcome OSCE observation of our elections as an opportunity to demonstrate the United States’ respect for its relevant international obligations and OSCE commitments.