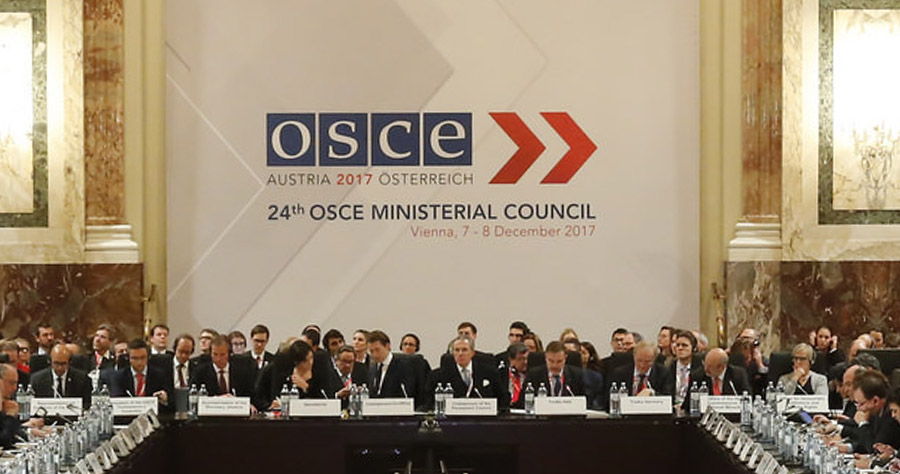 Joint Statement on Conventional Arms Control, Disarmament, and Non-proliferation in the OSCE Area

This statement is delivered on behalf of the following participating States:

Arms control, disarmament, and non-proliferation continue to play an important role in the achievement of our security objectives. Both the success and failure of these efforts can have a direct impact on our security environment. We welcome the decision on small arms and light weapons and stockpiles of conventional ammunition.

Enhancing military transparency and confidence in Europe is a top priority. We remain committed to conventional arms control as a key element of Euro-Atlantic security. Full implementation and compliance with these commitments is essential to rebuild trust and confidence in the Euro-Atlantic region. Russia’s unilateral military activity in and around Ukraine continues to undermine peace, security, and stability across the region, and its selective implementation of the Vienna Document and the Open Skies Treaty and long-standing non-implementation of the Conventional Armed Forces in Europe Treaty have eroded the positive contributions of these arms control instruments. We call on Russia to fully adhere to its commitments and treaty obligations. Reciprocal military transparency and risk reduction have the potential to improve stability and security in the Euro-Atlantic area, helping to avoid miscalculation and misunderstanding. We are determined to preserve, strengthen, and modernize conventional arms control in Europe, based on key principles and commitments, including respect for sovereignty and territorial integrity, reciprocity, transparency, and host nation consent.

We remain, inter alia, committed to improving implementation of and achieving concrete progress in 2018 on modernizing the Vienna Document to adapt it to the evolving security environment, including through its substantive update. We welcome the wealth of concrete proposals aimed, inter alia, at strengthening risk reduction mechanisms, enhancing military transparency, preventing military incidents and rendering verification more effective. We call on Russia, which has a very substantial conventional military force, to constructively engage by joining other participating States in the ongoing discussions in the OSCE to modernize the Vienna Document, so that we can reach agreement on meaningful updates. Full implementation and modernization of the Vienna Document will help to avoid miscalculation and misunderstanding. We also underline that the OSCE remains a relevant and inclusive forum to rebuild trust and confidence through multilateral military dialogue.

We welcome the Structured Dialogue as an opportunity to renew a meaningful exchange of ideas among all of the stakeholders of European security in the OSCE area to rebuild trust. The process will take more time but we value the significant, initial work done in the Structured Dialogue at the OSCE during 2017, including discussions of threat perceptions, challenges to the rules-based order, military-to-military contact, and analysis of trends in military force postures and exercises. We look forward to the continuation of the Structured Dialogue in 2018.

Mr. Chairperson, the participating States subscribing to this statement request its inclusion in the journal of this ministerial meeting.