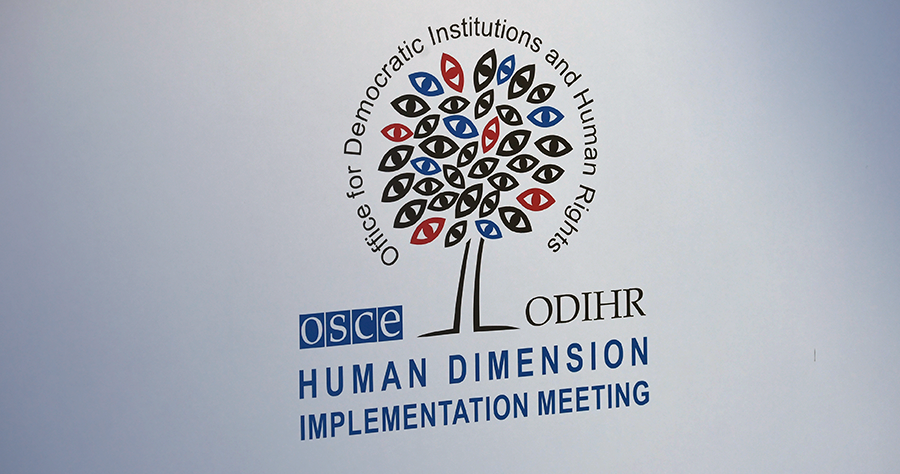 Statement Delivered by H.E. Ambassador Jeroen Boender, Permanent Representative of the Kingdom of the Netherlands
to the Permanent Council, Vienna
August 30, 2021

I have the honor of making this statement on behalf of the European Union and its Member States, Albania, Canada, Georgia, Iceland, Moldova, Montenegro, North Macedonia, Norway, Ukraine, the United Kingdom and the United States

1. We deeply regret that consensus has not been reached on the three procedural decisions regarding the Human Dimension Implementation Meeting this year.

2. We commend the Swedish Chairpersonship for their relentless efforts to find reasonable accommodations for the differing positions during long, open and inclusive consultations. The revised proposals presented by the CiO reflect a good and fair balance of the different positions expressed by the participating States. We are ready to support the proposals.

3. Since the beginning of this year, we have devoted considerable time and effort to reach consensus on the procedural decisions regarding the Human Dimension Implementation Meeting. Throughout the negotiations, we have been constructive and flexible, making significant concessions to facilitate agreement. This is the nature of multilateral diplomacy: compromise. We deeply regret that the flexibility, constructiveness, and good faith that we have shown have not been reciprocated by the Russian Federation.

4. The Human Dimension Implementation Meeting is the largest human rights event in the region. OSCE Heads of State or Government have given a clear mandate to hold HDIM every year. Reviewing OSCE Human Dimension commitments in an open and genuine dialogue with civil society organizations from across the region is an important part of holding participating States accountable to their citizens.

5. The Human Dimension Implementation Meeting is the common responsibility of all participating States. For our part, we have done our utmost to reach consensus. However, the Russian Federation consistently evades its responsibility. This is unacceptable, and we urge that delegation to revisit its position and finally join consensus on the three decisions today.

Dear colleagues, I would like to inform all delegations that this statement is open for additional alignments until the end of this day.

Madame Chair, I kindly request that this statement be attached to the journal of the day.