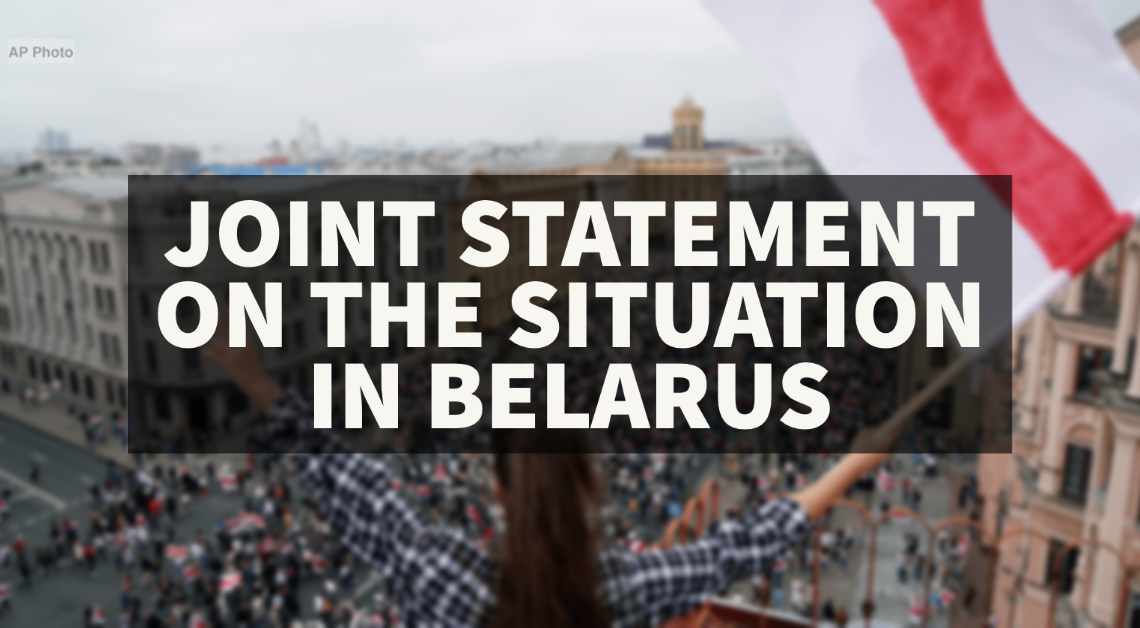 Joint Statement On The Situation In Belarus

As delivered by Ambassador Anne-Kirsti Karlsen, Permanent Representative of Norway to the OSCE

at the Permanent Council
Vienna, 11 November 2021

On behalf of Iceland, the United States of America, and Norway, I would like to thank the EU for raising this very topical issue at today’s Permanent Council.

We have repeatedly expressed our concern about the worsening political situation in Belarus and called on the authorities to cease their policy of intimidation and harassment of civil society, media workers and members of the pro-democracy movement.

The Belarussian regime has demonstrated time and again that it will use any means to maintain its grip on power. After the forced diversion  of a Ryanair flight earlier this year we stressed that the regime’s actions are a threat to European security and undermine the rules-based international order, and our collective security. This is further confirmed by recent developments.

In the last few days, we have seen an escalated crisis along the European Union’s eastern border between Belarus and Poland, an area that has been under stress for months. Thousands of migrants are now caught in a difficult, dangerous, and unpredictable situation.

The Belarusian authorities’ active facilitation of migration flows across its borders with Poland, Lithuania and Latvia is a destabilizing act which puts people’s lives at risk. There can be no doubt that the Belarusian authorities bear full responsibility for this crisis. They have deliberately put people in harm’s way in order to put pressure on neighboring countries. This is completely unacceptable.

Belarus must cease these actions, commit to regional stability, abide by international law, and reestablish good relations with its neighbors. This can be the only path forward.

We highlight the importance of preventing a humanitarian crisis and ensuring that migrants can be safely returned to their country of origin, with the support of their national authorities.

Let me end by again calling on Belarus to uphold all its human rights obligations. It must release all political prisoners, cease its attacks on civil society and human rights defenders, and engage in a genuine dialogue with pro-democracy forces in the country.