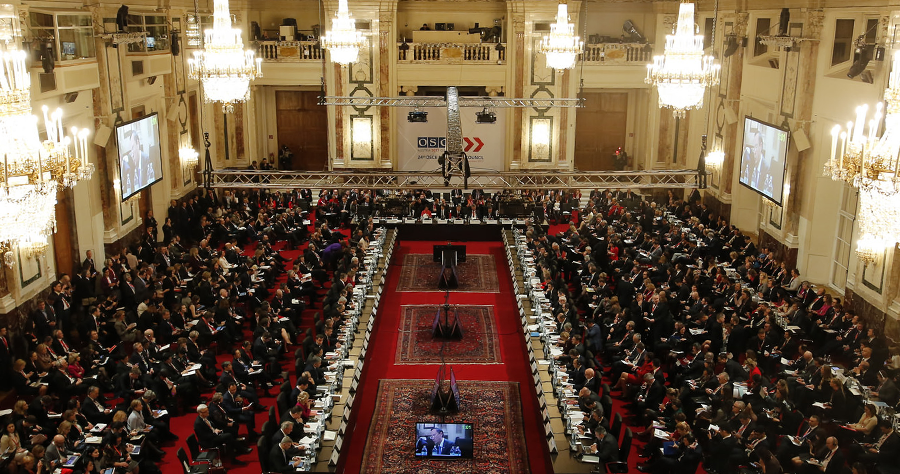 Mr. Chairman, Slovakia, in its capacity as Chair of the Group of Friends of Security Sector Governance and Reform, would like to deliver the following statement, also on behalf of:

An inclusive, accountable and democratically controlled security sector with full respect for human rights and the rule of law, is of crucial importance to enhance the security of the population, to build trust between States, as well as between States and its citizens, and to address complex and emerging security challenges. We believe that supporting national authorities in their efforts to build an effective, accountable and democratically governed security sector is a challenge – and opportunity – we all share. Security Sector Governance and Reform is enshrined in the concept of comprehensive security, making it an essential element of the OSCE’s works. The OSCE Guidelines on SSG/R provide a good basis for the OSCE’s work in this important field. In recent years, OSCE participating States have increasingly recognized efforts in the field of SSG/R as a key element of early warning, conflict prevention, crisis management and resolution, post-conflict rehabilitation and peacebuilding. Crucially, SSG/R also contributes to effectively preventing and countering transnational threats all OSCE participating States face. For example, core OSCE activities in the field of preventing and counter terrorism and violent extremism, travel document security and border management, all benefit from a well-functioning security sector. We share the view that our Organization is particularly wellpositioned to promote a comprehensive and inclusive SSG/R approach, which includes civil society, at the national, regional and international level. We are convinced of the added value of fully embedding activities on SSG/R into the work of the Organization.

We commend the Austrian Chairmanship for placing the topic high on the agenda of the OSCE by organizing an OSCE-wide conference dedicated to the topic. Discussions at the conference highlighted the importance of a holistic and inclusive SSG/R approach that can strengthen broad national ownership, by engaging with civil society, academia and the media. An essential aspect is also the full and equal active involvement of women in SSG/R. Our discussions made it also clear that further efforts are needed to strengthen the OSCE’s approach to SSG/R. We further compliment the previous Chairmanships, Germany, Serbia and Switzerland, for their continuous efforts and leadership in advancing the discussions on the OSCE’s efforts in this important field and call on future Chairmanships to remain seized on this matter and to expand support to an OSCE approach to the topic.

Recalling previous recommendations put forward by the Group of Friends of SSG/R in a food-for-thought paper, distributed under reference (PC.DEL/1178/17) and reiterated in a joint statement (PC.DEL/1180/17/Rev.1), we call upon participating States:

To this end, we encourage all participating States to join us in this discussion and to provide the necessary political support to continue to strengthen the effectiveness and coherence of the OSCE’s approach. The Group of Friends will, in this regard, continue to serve as an open platform in order to advance discussions on SSG/R and to promote ongoing efforts in this field. We remain convinced that SSG/R can make a significant contribution to increasing stability in our region and enhance the security of our citizens.