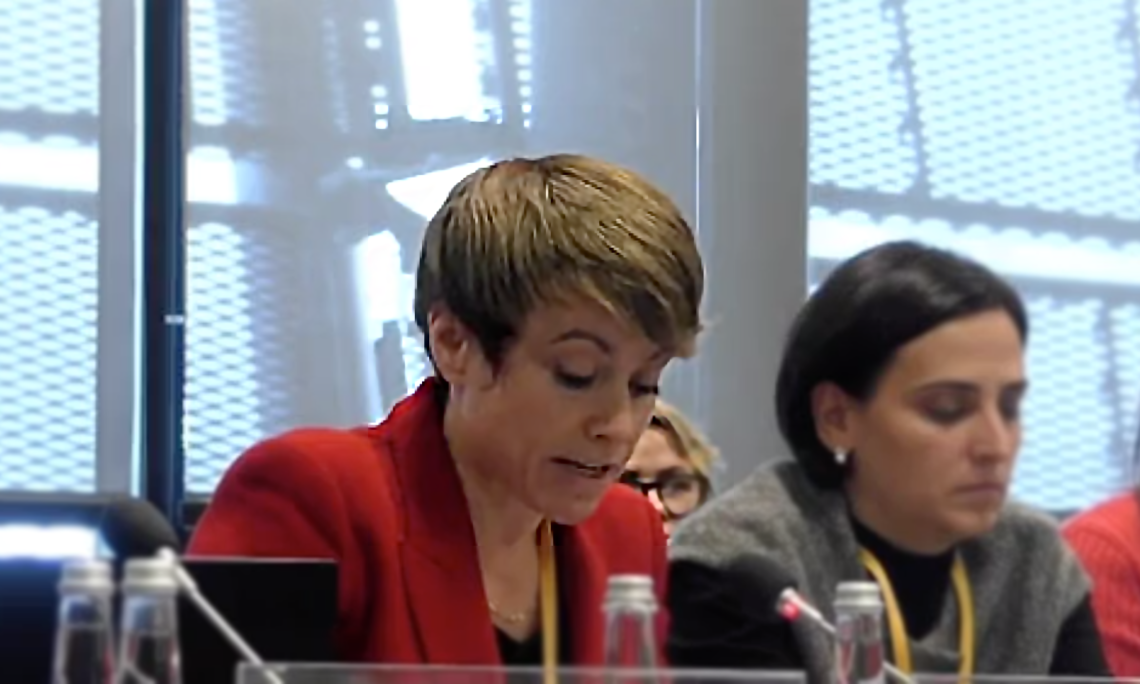 Nicola Murray, Deputy Head of the U.K. Delegation to the OSCE at HDIM 2019

As prepared for delivery by Nicola Murray, Deputy Head of the U.K. Delegation to the OSCE
to the Human Dimension Implementation Meeting in Warsaw,
September 27, 2019

For many years, this agenda item at the Human Dimension Implementation Meeting has been used to follow up on the use of the OSCE Moscow Mechanism, which was established by the participating States to increase the OSCE’s effectiveness in addressing human rights concerns. It is in this framework that the delegations of Belgium, Canada, Denmark, Estonia, Finland, France, Germany, Iceland, Ireland, Latvia, Lithuania, the Netherlands, Norway, Sweden, the United Kingdom, and the United States would like to raise continuing concerns about compelling and credible allegations of ongoing serious human rights violations and abuses in Chechnya.

In November 2018, 16 OSCE participating States, including my own, took the extraordinary step of invoking the OSCE Moscow Mechanism to look into credible allegations of serious human rights violations and abuses in Chechnya allegedly committed during January 2017 to November 2018 against LGBTI persons, human rights defenders, members of the independent media, lawyers and others.

In December 2018, the Report of the Moscow Mechanism mission found that “harassment and persecution, arbitrary or unlawful arrests or detentions, torture, enforced disappearances and extrajudicial executions” had indeed occurred. The Report also found “a climate of impunity” surrounding allegations of such violations and abuses in Chechnya. We called on the Russian Federation to make full use of the report and to implement all recommendations contained therein, in order to address the issues raised in a constructive manner.

Nine months have since passed since the Missions’ Report was issued. Still, there has been no constructive response to the Report or its recommendations from Russian federal authorities. Meanwhile, new credible information has emerged about additional allegations of serious human rights violations and abuses in Chechnya.

In January 2019, the international community received information about a new wave of violations and abuses, including allegations of unlawful detentions and torture, against persons based on their actual or perceived sexual orientation or gender identity, which reportedly took place in Argun and Grozny from December 2018 to January 2019. According to credible reports, the Chechen authorities also tried to prevent victims from fleeing the region or filing complaints, using methods such as destroying or confiscating their identification documents or threatening them or their relatives with criminal proceedings. Human Rights Watch corroborated the information through victim interviews in May 2019. To date, no official investigation – local or federal – has been opened.

In July, new details emerged about the extra-judicial executions of 27 men in Chechnya that reportedly took place in January 2017. The investigative newspaper, Novaya Gazeta, the Human Rights Centre Memorial, and the Russian Committee Against Torture released disturbing new accounts from eyewitnesses, confirming the detention of the 27 men by Chechen police in connection with a December 2016 terrorist attack in Grozny. They also confirmed allegations of the executions of the 27 by strangulation on the night of January 25, 2017. The new information also suggests that local and federal authorities have gone to extraordinary lengths to conceal what occurred and prevent a proper investigation into these violations.

Despite the strong calls from international human rights mechanisms, local human rights defenders and the international community as a whole, the climate of impunity described in the Moscow Mechanism Report clearly continues to prevail. The Russian authorities appear to be doing nothing to alter the Report’s conclusion that the government “appears to support the perpetrators rather than the victims.”

1. “Open an inquiry into the actions of the government of the Chechen Republic towards LGBTI people;”

2. “Make sure that all Chechen authorities, including law enforcement and security agencies, fully comply with Russia’s domestic legislation and international human rights obligations;”

3.  “Open a new pre-investigation/pre-check on the federal level into the case of the 27 persons allegedly killed by Chechen security forces or undertake a special investigation with the inclusion of international experts.”

We will continue to raise our concerns with regard to the numerous credible allegations of ongoing serious human rights violations and abuses in Chechnya until we receive a substantive response from the Russian Federation and observe tangible progress in the region.