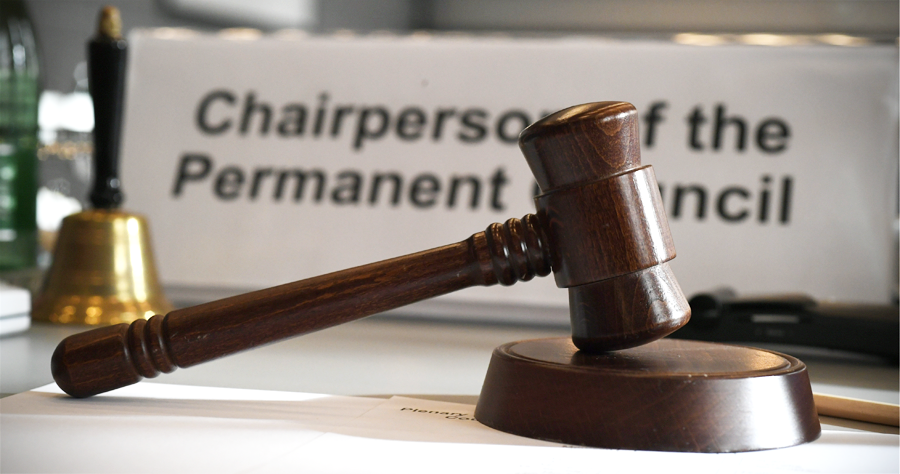 The Week in Review: October 30th to November 3rd

At the Permanent Council: The Geneva International Discussions on the Conflict in Georgia

The three co-chairs of the Geneva International Discussions on the conflict in Georgia updated the Permanent Council on their work. In our response, we urged Russia to withdraw its forces to pre-war positions per the 2008 ceasefire agreement, to reverse its recognition of the Georgian regions of Abkhazia and South Ossetia, and we also voiced our concern about its ongoing provocative actions to exert influence over the regions.

The OSCE, the EU, and the UN chair the Geneva International Discussions, which bring together the parties to the conflict and which the U.S. attends as an observer. The Geneva format is critical to enhancing security, stability, and respect for human rights in Georgia, and as a means towards resolving the 2008 conflict.

READ: Response to the Co-Chairs of the Geneva International Discussions on the Conflict in Georgia

At the Permanent Council: On Russia’s Ongoing Violations in Ukraine

With OSCE monitors recording over 1,000 ceasefire violations on average per day from October 18 to 24 – a significant increase from the prior week’s average of 658 – the so-called renewed “Back to School” ceasefire effort in eastern Ukraine appears to be collapsing. This reflects a general trend of worsening conditions and a return to sustained levels of fighting, just as the hardships of winter return. We expressed particular concerned with the fighting around Svitlodarsk, where the SMM recorded 3,723 ceasefire violations.

We again called on Russia, as the initiator of the conflict, to use its leverage to begin the disengagement of forces and withdrawal of weapons. The presence of weapons that should have been withdrawn remains an issue, and heavy armaments, including multiple launch rocket systems, remain on the field of battle. Meanwhile, restrictions on OSCE monitors’ patrols continue – restrictions that come almost exclusively at the hands of the Russia-led forces and often turn out to be violent. Russia should use its influence over the forces that it leads, arms, trains, and fights alongside to immediately stop its intimidation and restriction of these patrols.

Welcoming the release of Akhtem Chiygoz and Ilmi Umerov, Deputy Heads of the Crimean Tatar Mejlis, who had been wrongfully convicted on politically-motivated charges in connection with their opposition to Russia’s attempted annexation of Crimea, we also again called upon Russia to end its repressive actions in occupied Crimea and return control of Crimea to Ukraine.

At the Permanent Council: Ending Impunity for Crimes Against Journalists

We called upon all OSCE participating States to show – with actions as well as with words – that violence against journalists will not be met with impunity, but rather with swift and effective justice. A free and open media is critically important, and journalists should never be targeted for their work. Yet, all too often in our region, journalists face retribution simply for doing their jobs, and crimes against journalists all too often go unpunished.

READ: On International Day to End Impunity for Crimes Against Journalists
+++

At the Permanent Council: On the Terrorist Attack in New York City

We joined the Austrian OSCE Chairmanship and other OSCE colleagues in extending our heartfelt condolences to the families and loved ones of all the victims of Tuesday’s cowardly terrorist attack in New York City, and condemned in the strongest possible terms such acts of terrorism.

READ: Reply to the Austrian OSCE Chairmanship on the Terrorist Attack in New York City

At the Permanent Council: In Recognition of Intersex Awareness Day

In honor of Intersex Awareness Day – and acknowledging our OSCE commitments on combating intolerance and discrimination – we reaffirmed our strong commitment to promoting a world where all persons can freely and equally express themselves with dignity, regardless of sex characteristics. When those most marginalized in society are afforded equal protection and opportunity, global security and stability are strengthened.

Free Media in the Comprehensive Approach to Security

This year’s second Supplementary Human Dimension Meeting (SHDM) convened in Vienna on Thursday and Friday to discuss the role of free media in the comprehensive approach to security. At the conference, civil society, academia, and media representatives joined diplomats to explore topics like the relationship between free media and national security, the role of media in peacebuilding and conflict prevention, as well as the role of media in counteracting disinformation, hate speech, and radicalization.

SHDMs are informal conferences held three times a year in the framework of the Permanent Council to discuss key substantive concerns raised at previous Human Dimension Implementation Meetings or Review Conferences and ensure follow-up for them.

With the OSCE Ministerial Council meeting fast approaching and the OSCE’s participating States busy negotiating various draft OSCE documents until then, the ‘Week in Review’ will return in the second week of December.