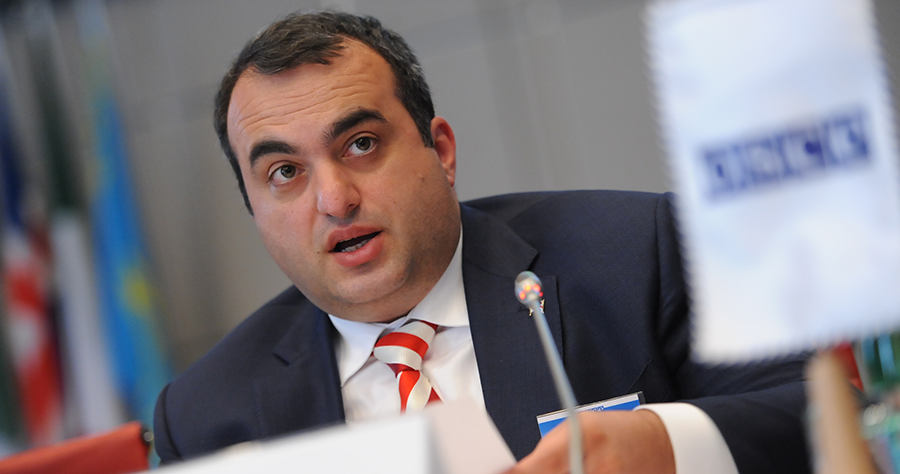 The situation in Georgia is a reminder of the importance of the Helsinki Final Act principles of respect for the sovereignty and territorial integrity of states, respect for human rights and fundamental freedoms, and the peaceful resolution of disputes.  The international community must hold Russia accountable for its violations of international law and defiance of international principles and commitments in its occupation of Georgian territory.

We thank you, Mr. Deputy Minister, for sharing your assessment of the challenges Georgia faces on the ground and in the Geneva International Discussions.  The United States participated in the 48th round on July 2 and 3, and will continue to play a role in this important process. While we welcome the limited information-sharing that has taken place within the GID context to date regarding the death of Georgian citizen Irakli Kvaratskhelia, it is important to remember that his abduction and death in March in Russian custody should never have occurred.  Such incidents only underscore the human cost of the ongoing conflict.

The United States also continues to call for full and transparent investigations into the deaths of Georgian citizens Archil Tatunashvili and Giga Otkhozoria and emphasizes the need to investigate all cases of missing persons and to share the results of those investigations as soon as possible.

The United States encourages the GID participants to refrain from coercive measures.  We note with particular concern recent Russian steps to impose direct and indirect restrictions on the transit of people and goods between Russia and Georgia and across the administrative boundary lines artificially dividing the Abkhazia and South Ossetia regions from the rest of Georgia.  We appeal to those responsible to lift restrictions on the freedom of movement within Georgia as soon as possible to alleviate the economic and humanitarian consequences inflicted on the affected populations. The United States also notes with regret that, once again, GID participants from the Russian Federation and de facto authorities refused to engage in discussions of internally displaced persons and chose instead to walk out of the respective Working Group.

The United States calls on Russia to implement fully the terms of the 2008 ceasefire agreement through the withdrawal of its forces to pre-2008 positions and to facilitate the establishment of international security arrangements.

Like Georgia, the United States hopes the Geneva International Discussions and the Incident Prevention and Response Mechanisms in Gali and Ergneti can produce tangible progress toward lasting peace and security, as well as improvements in the lives of the affected populations.

The United States calls for greater access to the occupied territories for the diplomatic community and human rights organizations.  The OSCE also should have regular and predictable access to these territories. An OSCE field presence in the country should facilitate this access.  In this manner, as well as through its independent institutions and structures, the OSCE could contribute to Georgia’s peacebuilding efforts.

For more than 10 years, Russia has occupied regions of a sovereign state and attempted to justify its actions by distorting the truth.   At last month’s Annual Security Review Conference, a side event co-organized by Georgia and the Group of Friends of Georgia drew renewed attention to Russia’s occupation of Georgian territory and disinformation efforts.  Likewise, we will continue in the Permanent Council and other fora to hold Russia accountable.

In contrast to Russia’s aggressive posture, Georgia strives to improve the lives of its citizens on both sides of the administrative boundary lines and to strengthen its democracy. We encourage Georgia to maintain its balanced approach. Russia’s attempt to intimidate Georgia through threats of sanctions and embargoes will not succeed.