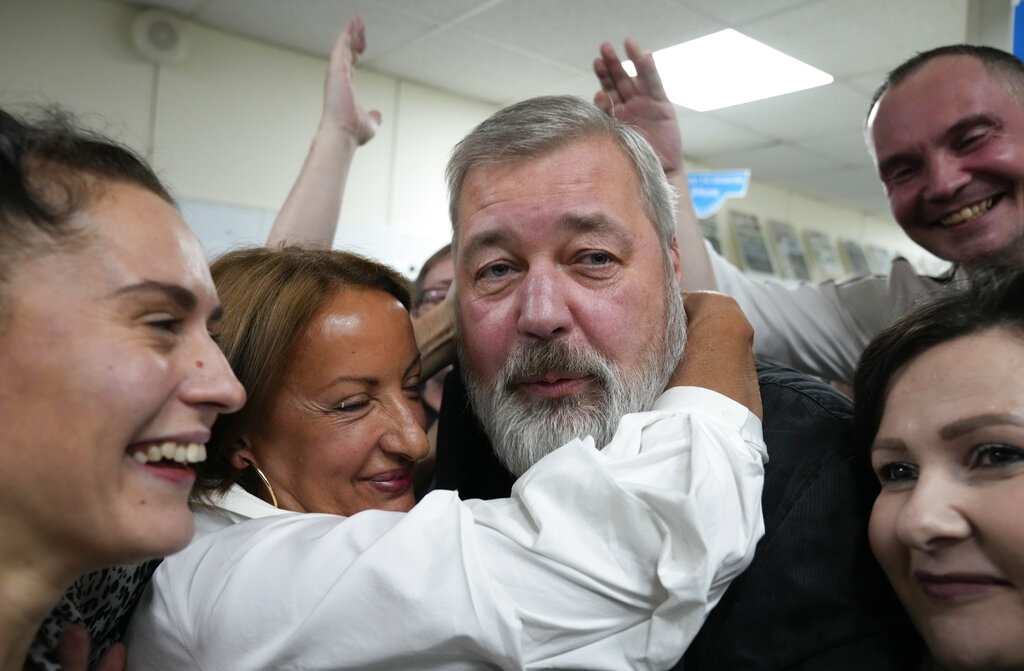 As delivered by Chargé d’Affaires Courtney Austrian
to the Permanent Council, Vienna
October 21, 2021

The United States joins the other participating States who have spoken today in congratulating Maria Ressa and Dmitry Muratov for winning the 2021 Nobel Prize for Peace for their work safeguarding freedom of expression in the Philippines and Russia.  The Nobel Prize committee has a long tradition – dating back to the awards given to Alexander Solzhenitsyn and Andrei Sakharov during the Soviet period – of recognizing individuals of courage and conscience in Russia who risked their own freedom by speaking out against oppression.

Novaya Gazeta, the newspaper that Muratov helms, serves as a beacon of independent journalism in a landscape where the state seeks to intimidate independent voices into silence.  The Russian government has imposed ever greater restrictions on freedom of expression, including on members of the media.  Since the beginning of 2021 alone, 71 more individuals and media outlets have been designated as so-called “media foreign agents,” increasing the number so designated by over 400 percent.  During Mr. Muratov’s two decades leading the paper, six Novaya Gazeta journalists have been killed, often while covering high profile cases of corruption among Russia’s elite or investigating human rights violations in Chechnya.   Those who ordered the killings of Muratov’s colleagues Natalia Estemirova, Anna Politkovskaya, and Yuri Shchekochikin still have not been brought to justice.  We honor their legacy and call again for full accountability for their heinous murders and an end to impunity for crimes against journalists and those who express independent views in Russia.  Other reporters working for the paper have faced threats and censorship from government figures, such as Elena Milashina, whose investigative reporting led to threats against her by Chechen leader Ramzan Kadyrov and prompted the Russian communications service, Roskomnadzor, to force the removal of her stories from the Novaya Gazeta website.

Under Dmitry Muratov’s leadership, Novaya Gazeta has remained a leading independent voice in Russia, covering stories that are rarely found in other outlets.  As President Biden said in response to the award announcement to Muratov and Ressa, “They have worked to check the abuse of power, expose corruption, and demand transparency.  They have been tenacious in founding independent media outlets and defending them against forces that seek their silence.  And, for their commitment to the basic principles of the free press—principles that are indispensable to a healthy democracy—they have faced constant threats, harassment and intimidation, legal action, and even, in the case of Muratov, the death of his colleagues.  Ressa, Muratov, and journalists like them all around the world are on the front lines of a global battle for the very idea of the truth.”

We join with the other participating States speaking today in calling on Russia to implement its OSCE and other international commitments on freedom of expression and the treatment of journalists.  We remind Russia that it freely adopted the 2018 OSCE Milan Ministerial Decision on Safety of Journalists and call upon its authorities to uphold the commitments made in that document.  The people of Russia, like people everywhere, should be able to express themselves freely without fear of reprisal, and to seek, receive, and impart information and ideas of all kinds regardless of frontiers.