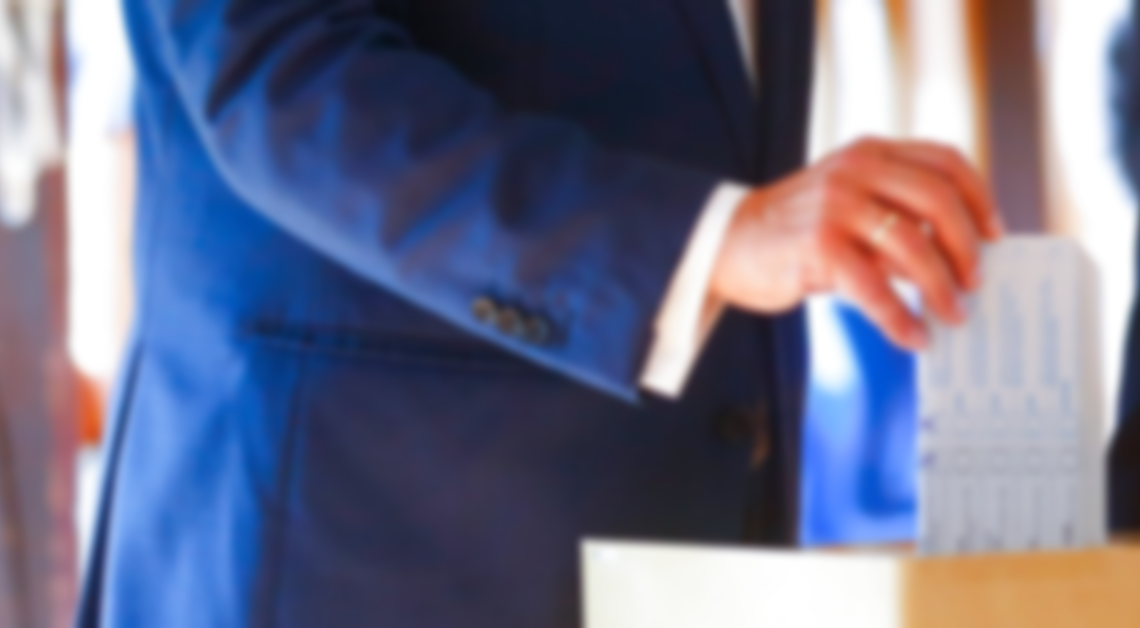 I wish to address an indispensable element of democracy – free and fair elections. (Thilo Schmuelgen/Pool via AP)

On Democracy and Democratic Elections in the OSCE Region

In October, the Chairpersonship expressed its intention to focus on the theme of democracy.  This focus is particularly timely as our Third Dimension teams are busy negotiating a Ministerial Council text on the same subject.  I wish to address an indispensable element of democracy – free and fair elections.

The sobering experiences of recent years, including the assault on the U.S. Capitol this January, reminded Americans that we cannot take our democracy for granted.  Rather, as President Biden has stated, with humility and resolve, we must defend, renew, and improve it.  That task requires the U.S. government and the American people to stand up to hate, lies, and extremism, restore respect for the rule of law, and take urgent steps to protect the right to vote.

Thirty years ago, adopting the Charter of Paris for a New Europe, our Heads of State and Government undertook “to build, consolidate and strengthen democracy as the only system of government of our nations.”  Without doubt, historic progress has been made.  Yet we must face the fact that, today, democracy is being challenged in our region.  Though elections alone do not a democracy make, free and fair elections are essential to a healthy democracy.

Last month, Duma elections in the Russian Federation took place under restrictive conditions which undermined their freeness and fairness.  Independent observers noted widespread abuses favoring candidates from the ruling party.  Russia’s authorities not only engage in malign elections tactics at home; they meddle in the sovereign election processes of other countries.

Some of the most brazenly undemocratic measures in the OSCE region continue to be taken in Belarus, where no election has been free or fair since 1994.  As the Moscow Mechanism Mission report documented, the run-up to the 2020 presidential election saw reprisals against independent presidential candidates, including Syarhey Tsikhanousky and Viktar Babaryka, who remain imprisoned.

Electoral processes in some countries are as much a concern today as they were decades ago.  According to OSCE observers, the January 2021 parliamentary elections in Kazakhstan “lacked genuine competition and spotlighted the need for the announced political reforms, noting the limits on constitutionally guaranteed fundamental freedoms.”  The February 2020 parliamentary elections in Azerbaijan took place in a restrictive environment with limits on independent media and peaceful assembly thwarting genuine political competition.  The 2020 parliamentary and presidential elections in Tajikistan took place in an environment with tight restrictions on the rights of freedom of expression, association and peaceful assembly as well attempts to intimidate opposition figures.  Both elections lacked pluralism and real choice.

OSCE observers stated that the Kyrgyz Republic’s parliamentary elections in October 2020 were “generally competitive,” but credible allegations of vote-buying sparked protests that led to the President’s resignation as well as the nullification of the results.  The Kyrgyz Republic also held Presidential elections in January 2021, which observers characterized as well-run but dominated by one candidate with disproportionate financial and administrative resources.

There were improvements in the last two years in how elections were conducted in Albania, Bulgaria, Montenegro, and North Macedonia, although problems persist in these and other countries in the OSCE region, including the misuse of state positions and resources, workplace pressure on voters, and media vulnerability to political influence.

We congratulate Moldova on the good conduct of its July parliamentary elections and look forward to seeing Moldova continue to strengthen democratic reforms. Human rights were generally respected in Armenia’s June snap parliamentary elections, and we encourage authorities to continue working with ODIHR on addressing additional recommendations.

The United States shares the OSCE/ODIHR’s preliminary assessment that Georgia’s October 2 elections were technically well-administered, but the environment was marred by widespread and consistent allegations of intimidation, vote-buying, pressure against candidates and voters, and an uneven playing field.

I thank ODIHR and the OSCE Parliamentary Assembly for fielding observation missions during the pandemic, including to the 2020 U.S. general elections.  In the spirit of the Paris Charter, the United States seeks to work with other participating States, the Parliamentary Assembly, and ODIHR “to build, consolidate and strengthen democracy as the only system of government of our nations.”

This December, President Biden will host the Summit for Democracy, which will include a regionally diverse set of partners representing both established and emerging democracies.    Democracies, by their nature, are constant works in progress.  The Summit is an opportunity for participants to commit to meaningful new action that combats authoritarianism, defends against corruption, and promotes respect for human rights at home and abroad.   President Biden’s decision to hold two Summits is indicative of his commitment to renewing democracy at home and abroad, and the emphasis the United States places on this issue.   We express our gratitude to the Chair for highlighting the importance of this theme for the month of October.