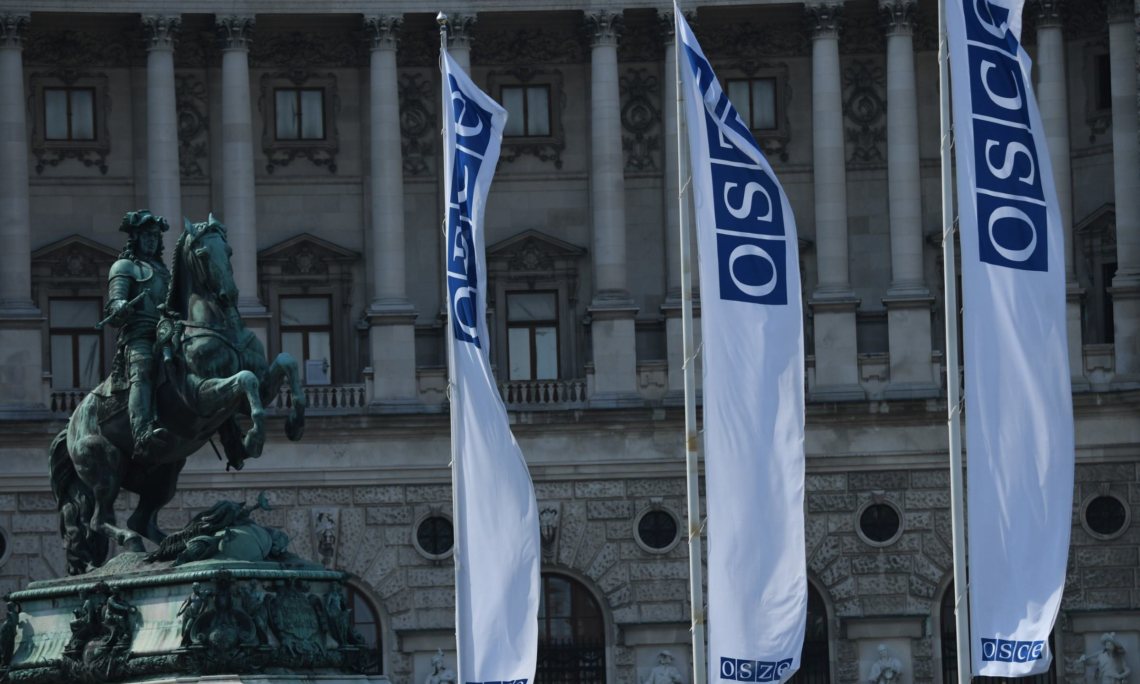 OSCE flags outside the Hofburg Congress Center in Vienna, Austria

On Developments in Nagorno-Karabakh and Hostilities between Armenia and Azerbaijan

The United States is deeply concerned by reports of large-scale military action along the Line of Contact in the Nagorno-Karabakh region that has resulted in a significant number of deaths, including among civilians.  We join the Minsk Group Co-Chairs, and the broader international community, in condemning in the strongest terms this escalation of violence and call on all those involved to cease hostilities immediately.  We extend our condolences to the families of those killed and injured.

We call on the sides to stop fighting immediately and return to the negotiating table as soon as possible and without preconditions.  United States Deputy Secretary of State Biegun has already reached out to the Foreign Ministers of Armenia and Azerbaijan to urge de-escalation, to use the existing direct communication links between them to prevent further escalation, and to refrain from unhelpful or inflammatory rhetoric and actions that further aggravate tensions on the ground.

The United States calls on the sides to take immediate steps to reduce tensions, to ensure security measures are proportionate, and to respect international human rights.  The United States believes participation in the escalating violence by any external party would only exacerbate regional tensions.

There is no military solution to the Nagorno-Karabakh conflict.  The sides must stand down and come to the negotiation table.

As a Minsk Group Co-Chair, the United States reaffirms its commitment to facilitating a peaceful negotiated solution to the Nagorno-Karabakh conflict.  There is still time to turn this around and prevent the further deaths of civilians and military personnel.