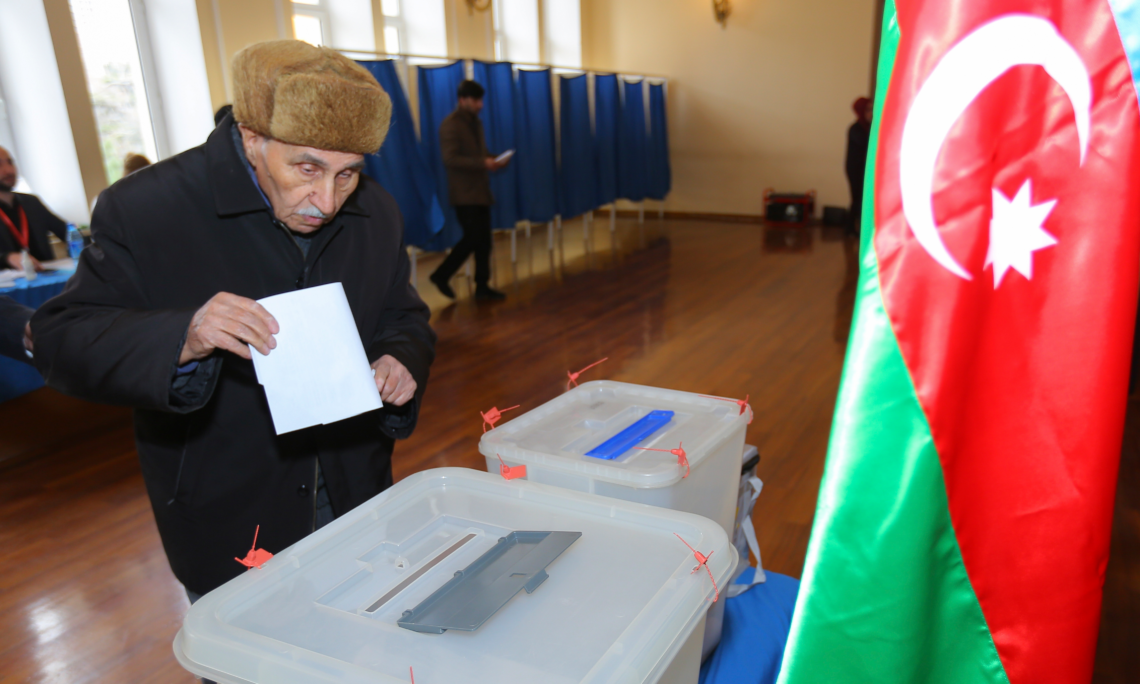 A man casts his ballot at a polling station during parliamentary elections in Baku, Azerbaijan, Sunday, Feb. 9, 2020. (AP Photo/Aziz Karimov)

The OSCE preliminary report noted that despite a high number of candidates, most candidates did not present genuine alternatives to the ruling party’s policies. The report assessed the election was “devoid of [the] political engagement that is essential to a competitive environment in which voters have a genuine choice.” We were disappointed by significant procedural problems observed on Election Day, including ballot box stuffing, group voting, disregard for reconciliation procedures, and limited transparency during vote counting.

Elections are not just about what happens on Election Day. What comes before and after Election Day is just as essential to the integrity and legitimacy of the process as ensuring access to polling stations and an appropriately transparent tabulation. We therefore urge fair and transparent review of all election grievances submitted following the elections.

Those elected are expected to represent and be accountable to the public. Also crucial is an environment in which people can freely express their opinions and a pluralistic and independent media can keep the public informed.

We urge the government of Azerbaijan to review the OSCE preliminary report and take action on the issues it highlights to align Azerbaijan’s elections processes with Azerbaijan’s OSCE commitments and international obligations.

The United States wishes Azerbaijan success and progress for its democratic processes, as it does for participating states in the Caucasus, Central Asia, and all areas of the OSCE. We remain committed to working with the government and people of Azerbaijan to ensure a strong, stable, democratic, and prosperous future.