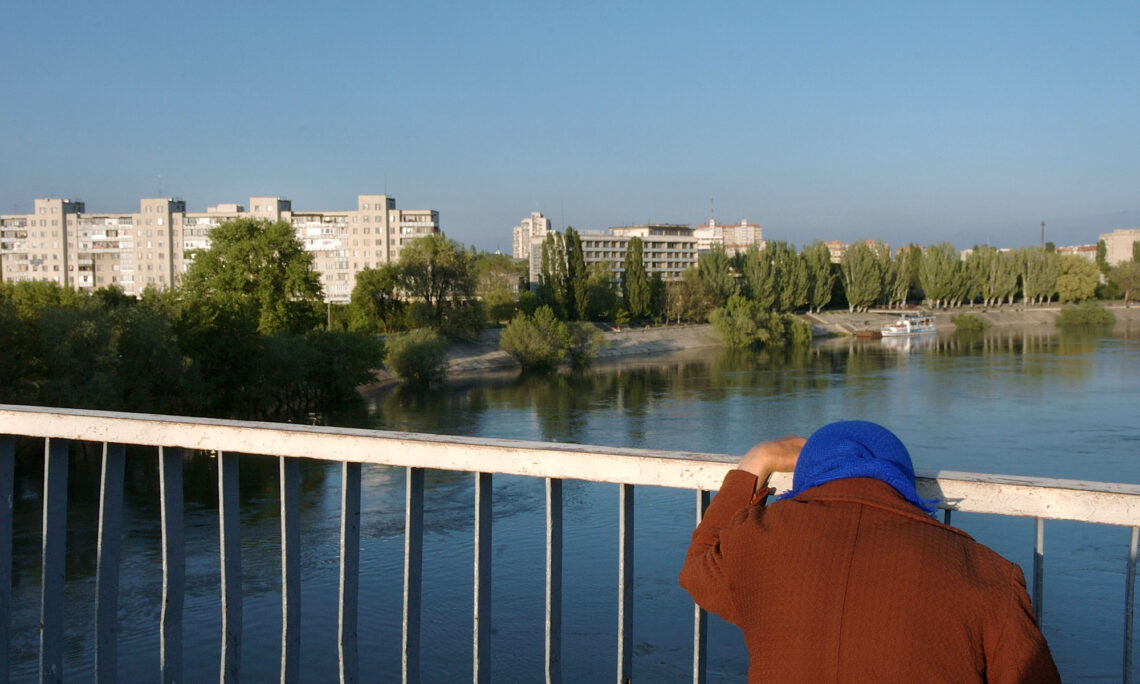 A local elderly woman is looking at a part of Tiraspol as she stands on a footbridge over the River Dniestr in Tiraspol, Transnistria, Moldova (AP Photo / Bela Szandelszky)

We appreciate Moldova raising its concerns regarding the restrictions on movement between the banks of the Nistru and support the Moldovan government’s efforts to seek resolution.

The United States supports the 5+2 settlement process to peacefully resolve the Transnistrian conflict in a manner that respects Moldova’s sovereignty and territorial integrity within its internationally recognized borders.  Actions that erode trust and goodwill risk undermining that process, which is in no one’s interest.

While there were positive developments in recent weeks, trends in the Transnistrian region remain concerning.  We call on the authorities in Tiraspol to refrain from taking actions that undermine the exercise of human rights, including the exercise of freedom of movement.  All new barriers should be removed as soon as possible to benefit residents on both banks.  Progress on this issue can lead to dialogue between the sides on confidence-building measures and other issues.

We are closely following the case of the alleged abduction of the Moldovan police officer that was raised by the Moldovan Ambassador a few moments ago.  This abduction was conducted by the de-facto Transnistrian security authorities from the officer’s home inside the Security Zone on October 6th.  We call on these Transnistrian so-called authorities to provide clarification on this case to relevant actors on the ground.

We urge the OSCE Mission to Moldova to intensify its work to promote freedom of movement, to actively facilitate agreements that remove additional checkpoints, and to vigorously monitor the situation throughout the Security Zone, including at the Cobasna weapons depot.  We expect the head of the OSCE Mission to Moldova to advise the Permanent Council of efforts to obstruct any monitoring by any country involved in these matters.