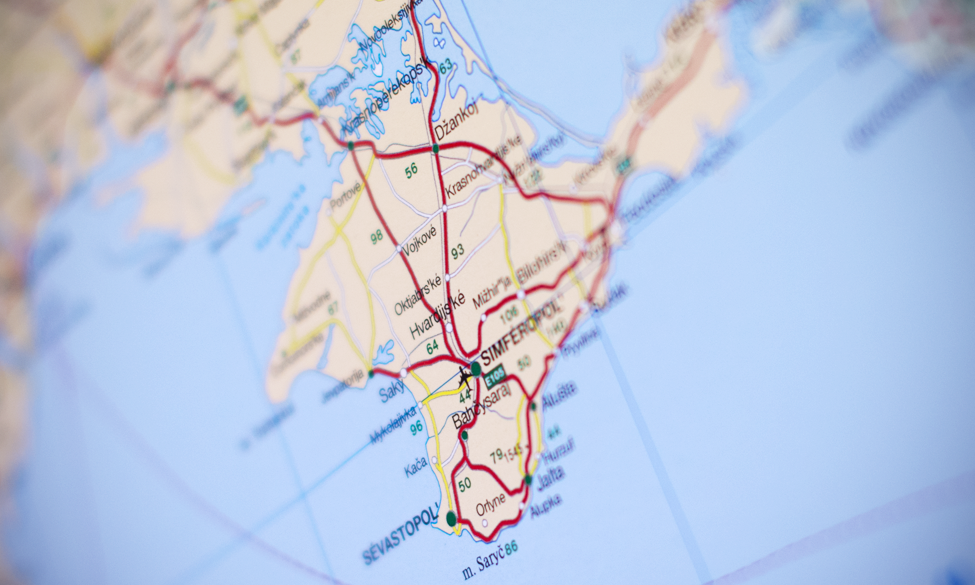 The United States has repeatedly condemned Russia’s invasion, occupation, and purported annexation of Ukraine’s Crimean peninsula and the abuses that Russia commits there. In fact, I just finished doing that in response to their raising some trivial little error we made, but NOT an error of our policy.

Since 2015, Russia has conducted annual spring and fall conscriptions in Crimea. A failure to participate, to submit to those conscriptions is punishable by a criminal penalty. An August 2019 report by the UN Secretary General stated that at least 18,000 men in Crimea had been conscripted under threat of criminal prosecution into the Russian Armed Forces, some of whom were assigned to military bases in the Russian Federation. The Russian government reportedly conscripted 2,600 individuals into its armed forces in the fall of 2019 and plans to conscript 3,300 more this spring, which would bring the total number conscripted by Russia to nearly 24,000 citizens of Crimea.

Although Russia attempted to disguise its military occupation of Crimea with a hastily organized sham referendum in March 2014 and other efforts, States have overwhelmingly rejected this charade, including in multiple UN General Assembly resolutions. Crimea is part of Ukraine, despite the Russian Government’s efforts to pretend otherwise.

Under Article 47 of the Fourth Geneva Convention, a sham referendum and a purported annexation cannot deprive persons protected by that Convention from its protections while that Convention continues to apply.

Similarly, the protections of international humanitarian law cannot be circumvented by any illegal effort by Russia to compel residents of Crimea to adopt Russian nationality.

Article 51 of the Fourth Geneva Convention states that an Occupying Power “may not compel protected persons to serve in its armed or auxiliary forces.”

Russia has engaged in exactly this type of behavior. In addition to forcing thousands of residents of Crimea into its armed forces by implementing a law that punishes by criminal penalty failure to participate in compulsory military service in the Russian armed forces, Russia has pursued criminal charges against those who resist. A 2019 Human Rights Watch review of court documents from proceedings in occupied Crimea – Russia’s own records – identified 71 criminal draft evasion cases and 63 guilty verdicts between 2017 and 2019. The Crimean Human Rights Group documented eight such cases in February 2020 alone. The actual number of criminal cases is likely to be much higher. Why do we refer to criminal cases? Because that is the force being applied to the people of Crimea in violation of the Geneva Convention

It is clear from this record that Russia’s conscriptions of residents of Crimea into its armed forces are inconsistent with international humanitarian law applicable to belligerent occupation. We call on Russia to end immediately its campaign of conscription of residents of Crimea, cease its other abuses, and return control of the peninsula to Ukraine. The flagrant violations of international law must stop.

As Secretary Pompeo affirmed in his July 2018 Crimea declaration, the United States does not and will not ever recognize Russia’s attempt to annex the peninsula.