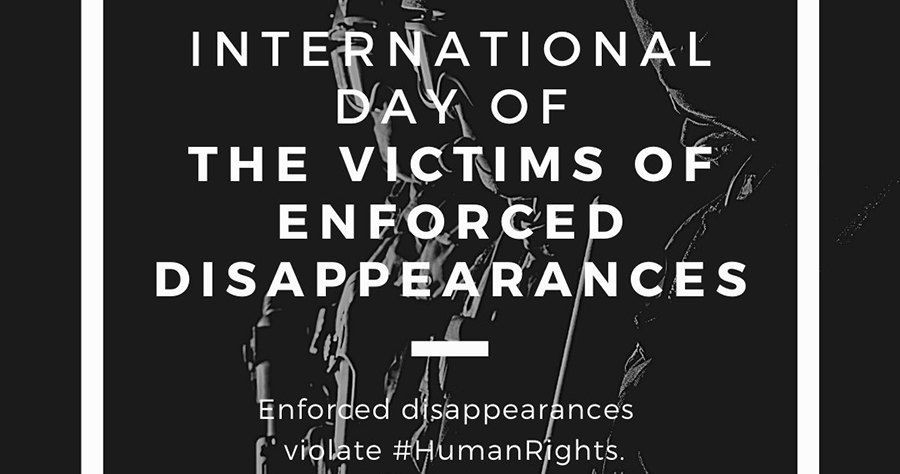 On International Day for the Victims of Enforced Disappearances

As prepared for delivery by Deputy Chief of Mission Courtney E. Austrian
to the Permanent Council, Vienna
September 3, 2020

On August 30th we marked the International Day of the Victims of Enforced Disappearances.  The United States stands with the men and woman around the world whose own governments have abducted and detained them in secret.  The governments committing these atrocities do so to spread fear and terror throughout their societies.

Enforced disappearances have been carried out in the OSCE region.  In 2018, the United States and fifteen other states took the extraordinary step of invoking OSCE’s Moscow Mechanism to create a fact-finding mission into the terrible reports of abuses against LGBTI persons, human rights defenders, and members of the independent media in the republic of Chechnya.  The Department’s July designation of Ramzan Kadyrov and members of his immediate family for visa bans was an important step signaling our concern about the appalling human rights situation in Chechnya, including enforced disappearances.  As Secretary Pompeo said, “the United States is committed to using all the tools at our disposal to ensure accountability for those who engage in this abhorrent behavior.”   Unfortunately, one participating State also condones Kadyrov’s ongoing human rights abuses and has until now refused to condemn his behavior.

Over the six years since Russia seized and occupied Crimea, which is part of Ukraine, my delegation has spoken out in this body about enforced disappearances committed against those who oppose the occupation.  We call again upon Russia to provide information on the disappeared.  Those who participated in or ordered the disappearances must be held to account.  We call on Russia to end its abuses in Crimea, release all Ukrainians it has wrongfully detained, and return full control of the peninsula to Ukraine.

In Belarus, dozens of persons reportedly disappeared in the days following the fraudulent August 9 election.  During this period, Belarusian authorities violently arrested and detained nearly 7,000 peaceful protesters and journalists.  We share concerns expressed in the September 1 joint statement by UN human rights experts about those missing and join the experts’ call for Belarusian authorities to implement safeguards to prevent enforced disappearances.

For over a decade in the OSCE, my delegation and others have called upon the government of Turkmenistan to provide information on the over 120 individuals who disappeared into its prison system.  Turkmen law prohibits the concealment of a prisoner’s place of detention or the status of their health, yet their families have no idea where they are or whether they are dead or alive.  We call on the Turkmen authorities to immediately fulfill their commitments under the 2018 UN Universal Periodic Review by ending disappearances in prisons.  We also call for the immediate release of those among the disappeared whose terms have expired and for credible information on the welfare of all prisoners, and for inmates’ access to visits by their families, lawyers of their choice, medical assistance, and international monitors.

We stand in solidarity with the victims and families of those subjected to enforced disappearance in the OSCE region and around the world.  This despicable practice must end and anyone involved in it held to account.