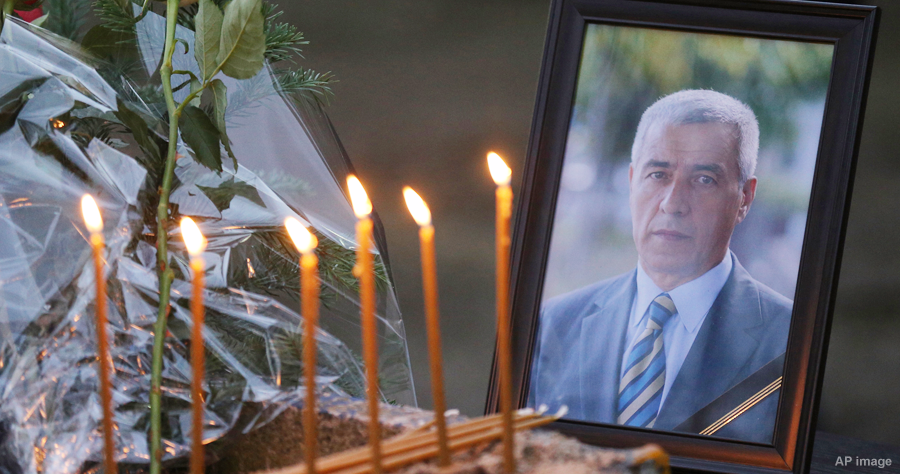 Flowers, candles and a picture of Kosovo Serb politician Oliver Ivanovic, at the scene of his shooting in Mitrovica, Kosovo, January 16, 2018. (AP Photo/Bojan Slavkovic)

The government of Kosovo is demonstrating its commitment to fighting corruption and organized crime by pursuing justice in the murder case of Kosovo-Serb leader Oliver Ivanović, including investigating those who aided and abetted the perpetrators of this heinous act. Mr. Ivanović was gunned down in front of his party’s headquarters in January 2018.

On October 16, the Kosovo Police (KP), with support from the Special Operations Unit, arrested a Kosovo-Serb police investigator on suspicion of obstructing the investigation of Ivanović’s murder. Another suspect, KP Regional Command-North Chief of Operations Zeljko Bojić, remains at large. This was not a “provocative action.” This was a legitimate police action to bring to justice in the murder case of a Kosovo citizen and leader within the Kosovo Serb community. The United States welcomes Kosovo’s continued commitment to resolving this case.

As the U.S. Embassy in Pristina noted, it is “important to see prosecutors and police partnering to advance the investigation of the murder of Oliver Ivanović and taking action to provide justice for all citizens.”

Again, Kosovo Police traveled to the north in low-profile up-armored vehicles, not military vehicles. We understand that no flash bangs or other explosives were used.

It is simply untrue that Kosovo Police special units cannot go into the north without KFOR’s agreement. KFOR has repeatedly clarified that there is no such arrangement with Kosovo Police.

We encourage everyone concerned to avoid any action or rhetoric that might escalate tensions or suggest that this arrest was something it was not. All sides should demonstrate professionalism and restraint.

Of course, if delegations here today would like to learn more about the actions taken by Kosovo Police, about the Ivanović investigation, about Rule of Law in Kosovo, or about regional security initiatives, perhaps it is time to invite representatives from the government of Kosovo to come to this hall and explain themselves what they are doing, how they are doing it, and why. Finally, we recognize the EU-facilitated Dialogue process as the path for regional stability and prosperity.